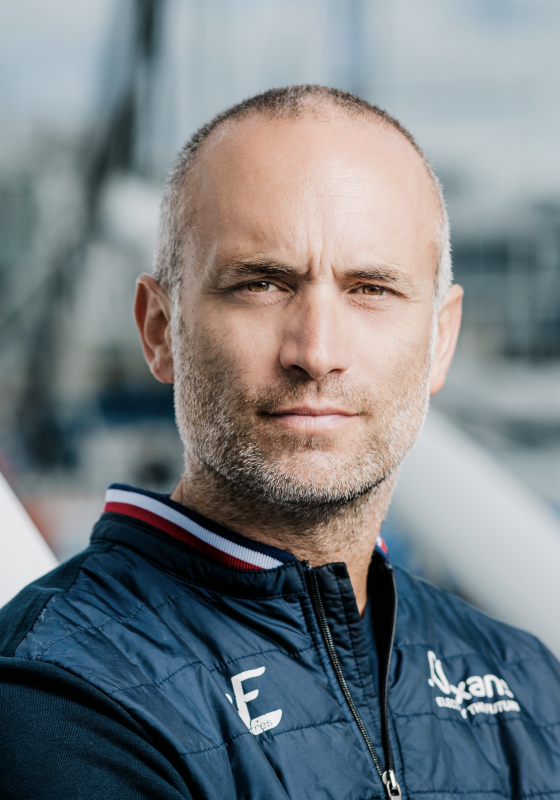 Journalist-sailor? Sailor-journalist? Fabrice Amedeo has decided not to choose between the two wakes he has been enthusiastically carving out for himself for some time. However, the call of the open ocean has gained the upper hand over recent years, prompting him to frequent the pontoons of La Trinité sur Mer more often than the newsroom at Le Figaro magazine.

Route du Rhum-Destination Guadeloupe, Transat Jacques Vabre, first off in Class40 and then in Imoca, Fabrice has navigated his way along through application and hard work, making the summit of his own personal Everest in the winter of 2016-2017. 11th in the Vendée Globe 2016-17, he joined the inner circle of circumnavigators, commanding respect and carrying along a great many people with him in his journey to make a childhood dream come true.

A few months later, still driven by a desire to progress, Fabrice bought a ‘foiler’, one of the latest-generation flying boats. Sticking to the idea of pushing the envelope and also sharing his salty adventure with as many people as possible, he took the start of La Route du Rhum-Destination Guadeloupe in 2018, a year they both celebrated their 40th birthday.

A competitor at heart, Fabrice Amedeo had to abandon the 2020-21 Vendée Globe due to a computer problem while sailing at the entrance to the Southern Ocean. "It's a decision that was difficult to take, but I accept it. I know I will bounce back." After a winter refit, the boat is back in the water under new colors, those of Nexans and Art & Fenêtres. After spending the first half of the season in the yard due to a violent backstay, the skipper, accompanied by the young Figaro racer Loïs Berrehar, finished tenth in the Transat Jacques Vabre 2021.

Following major modifications to his IMOCA with the installation of large C foils, Fabrice is back on the water in 2022 from the first race of the season with the goal of accumulating miles and participating in all the qualifying races for the Vendée Globe 2024, an objective he keeps in mind. 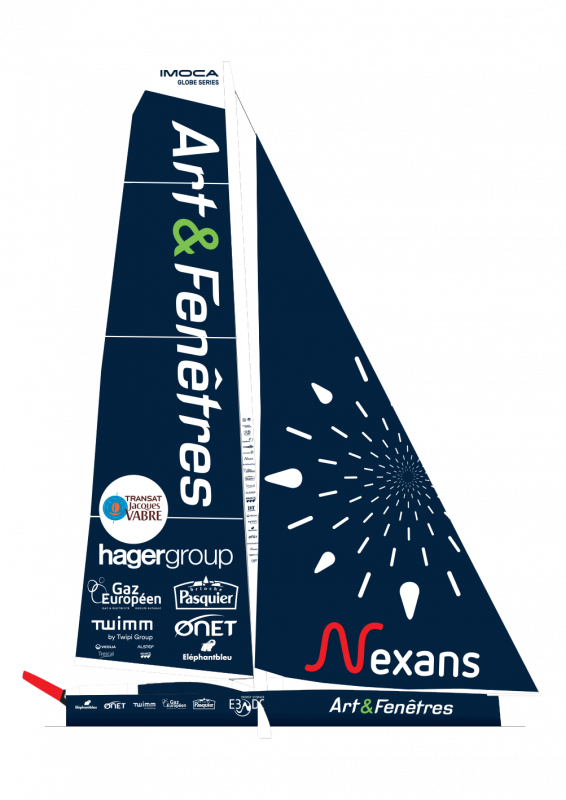 At 11:40 UTC this morning, whilst Fabrice Amedeo was making for Cascais in Portugal – due to damage suffered the day before which led to water ingress in the boat’s living space – there was an explosion aboard the Imoca …

A magnificent route and new discoveries

Exhilaration filled the ponton this lunchtime in Martinique with the two skippers coming in good spirits. After 20 days at sea the pair spoke of the magnificent route and their new discoveries both sailing and constructi…