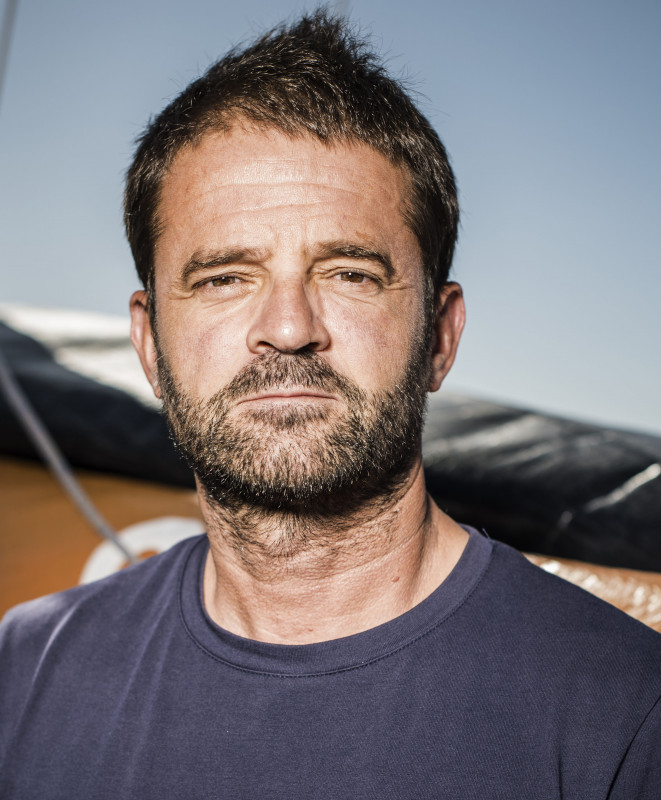 Better known as "Bidé", Pacal Bidégorry, a native of the Basque country, is a French sailor like no other. With a talent for making boats go fast, he won the Solitaire du Figaro in 2000 and then became a much sought-after crew member on the Orma trimarans.

In 2004, he became skipper of Team Banque Populaire. He won a series of victories before launching the construction of the world's largest trimaran - now Spindrift -, setting an Atlantic record that he still holds to this day (3 days 15 hours, more than 900 miles in 24 hours) and failing in the Jules Verne Trophy.

He then bounced around on a number of different boats and sailed aboard the VO65 Dongfeng Race Team for two Volvo Ocean Races as Charles Caudrelier's navigator, including a historic victory in 2018.

Since 2019, Pascal Bidégorry has been sailing alongside Charlie Enright on the IMOCA 11th Hour Racing Team.

Fourth in the 2019 Transat Jacques Vabre, the two sailors will be at the start of the 2021 edition at the helm of 11th Hour Racing Team - MĀLAMA, the latest Verdier design, launched last August and cut out for The Ocean Race next year.

Under the Hull: an 11th Hour Racing Team documentary

Under the Hull follows the offshore sailing team as they take on the infamous French race, the Transat Jacques Vabre, lining up against the masters of the sport of offshore sailing - the French - in the build-up to the d…