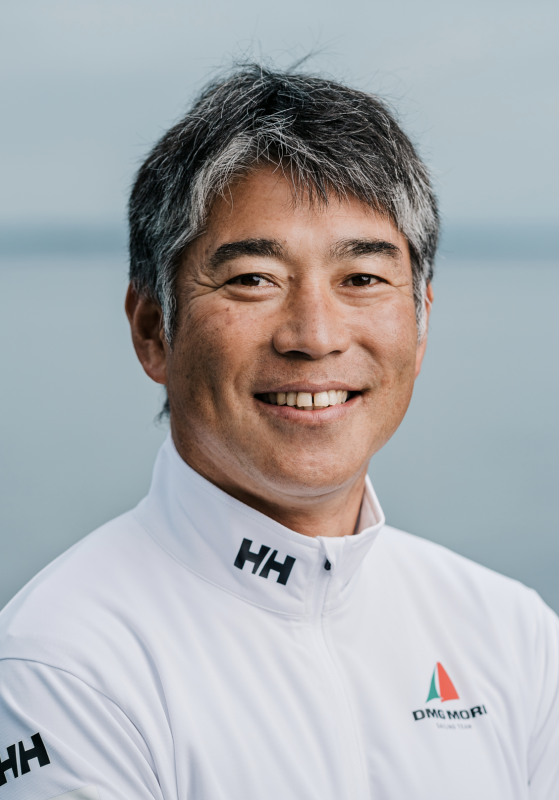 Kojiro Shiraishi, is a sailor who has sailed around the globe three times. Born in Kamakura, Japan, a costal town south of Tokyo, Shiraishi has always admired the ocean and wondered what was hiding across the oceans.

Few years after witnessing the exceptional victory of the skipper Yukoh Tada during the BOC Ocean Race in 1983 (First Asian to win a round the world sailing race), Shiraishi has asked Tada to become his apprentice.

A master - apprentice relationship that didn't last long due to the sudden death of Tada who commited suicide in 1991.
Since his tragic loss, he dedicates all his races to his Master, Yukoh Tada.

After more than 10 years, he comes back on the IMOCA circuit in 2016 by participating in the New York - Vendee Race, (7th IMOCA), at the same time qualifying for his dream event, the Vendee Globe.

His dream comes true after participating in the Vendee Globe, however the Everest of the seas has been cruel to him. An early dismast after a month of racing near the coast of South Africa obliges him to retire the race.

On November 6, 2016, he realized his dream, his participation in the Vendée Globe. The Everest of the seas that was cruel for him, because after a month of racing, he dismasted and abandoned off South Africa. He will start again on the round the world race in 2020 and becomes the first Asian to have finished the Vendée Globe. On DMG MORI Global One, Kojiro achieved a feat. After tearing his mainsail in the Theta storm, the sailor spent days repairing it and managed to set off again and complete the loop in 94 days.

Kojiro Shiraishi : "It’s taken me 30 years to complete this voyage"

"It’s taken longer than planned, but when I see all these people I know, it really cheers me up. It’s taken me 30 years to complete this voyage to finish what my master Yukoh Tada wanted to do and I’m proud of that."