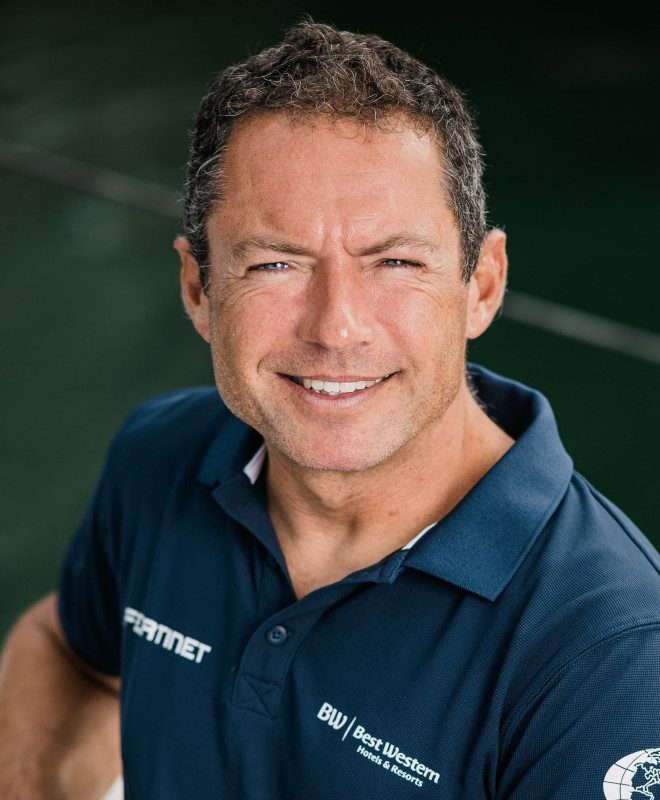 Nothing predisposed Romain Attanasio to become a sailor, since he was born into a family of... high level skiers, from the Hautes-Alpes. As a child, he nevertheless spent all his holidays with a great uncle in Port Navalo. This one took him to sea aboard his Poker, a small family cruiser from the 70s. The destinations were then not very far away: Houat, Hoedic, Belle Ile-en-Mer, the Gulf of Morbihan.

The browser virus is taken. As a teenager, Romain was passionate about big ocean races from his boarding school room in Compiègne. He begins in drifter at the local club and then, against all odds, manages to join the sports-study section of La Baule, by laser. In one school year, he discovered a real talent for sailing.

He managed to set up a Mini 6.50 project, but in 1999 a huge storm hit the Bay of Biscay and his first major ocean race experience - the Mini Transat - was frightening: the boat was turned over, saved in extremis by a cargo ship, then hoisted and repatriated to Spain and France.

Without clothes, without paper and with an improbable look, "I arrive at Orly in flip-flops and tracksuits', with a garbage bag in my hand... Today, I would be arrested by the police with such a look!"

Failed? Not exactly, because his partner at the time found the start experience exciting and gave him the means to continue in Figaro Bénéteau. Romain joins the Pôle Finistère of Port-La-Forêt, the royal road for a Figarist. He is becoming one of its pillars, with excellent results in line with La Solitaire du Figaro and the Transat AG2R. He will follow ten seasons, while also sailing for the best in multihulls, at the time of the Orma trimarans: with Michel Desjoyeaux first on Géant, then with Franck Cammas on Groupama. A skilled strategist, he is often hired as a navigator.

After completing his first round the world voyage in the Vendée Globe 2016-17 in 110 days, Romain is already preparing for the 2020-21 edition.

After completing his first round-the-world race during the 2016-17 Vendée Globe in 110 days, Romain chose to repeat the experience four years later on Fabrice Amedeo's former IMOCA (Gitana80 designed for Loick Peyron). He then finished his single-handed round-the-world race 14th in 90 days.

A few weeks after crossing the finish line of the round the world race, Romain announced the purchase of Boris Herrmann's Malizia, a powerful and high-performance foiler, as well as the arrival of Fortinet, a company specialising in cyber security, at his side. With Best Western also as a loyal partner, Romain can now look forward to the Vendée Globe 2024 with confidence and great ambitions.

In 2021, despite the discovery phase of his new boat, the skipper takes part in the IMOCA GLOBE SERIES events and finishes on a very good 7th place in the Transat Jacques Vabre with his great accomplice, Sébastien Marsset.

For 2022, Romain will participate in three of the four championship events and will sail in order to introduce the IMOCA world to the four corners of the globe thanks to his sponsor Fortinet. 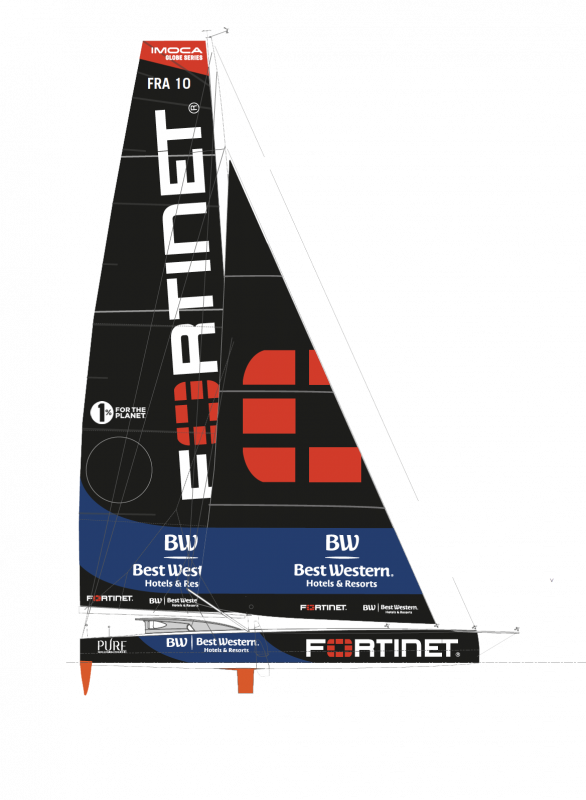 Romain Attanasio, the French skipper of Fortinet- Best Western finished the 12th Route du Rhum-Destination Guadeloupe in tenth place in the IMOCA class when he crossed the finish line off Pointe-à-Pitre at 20:55:20hrs UT…