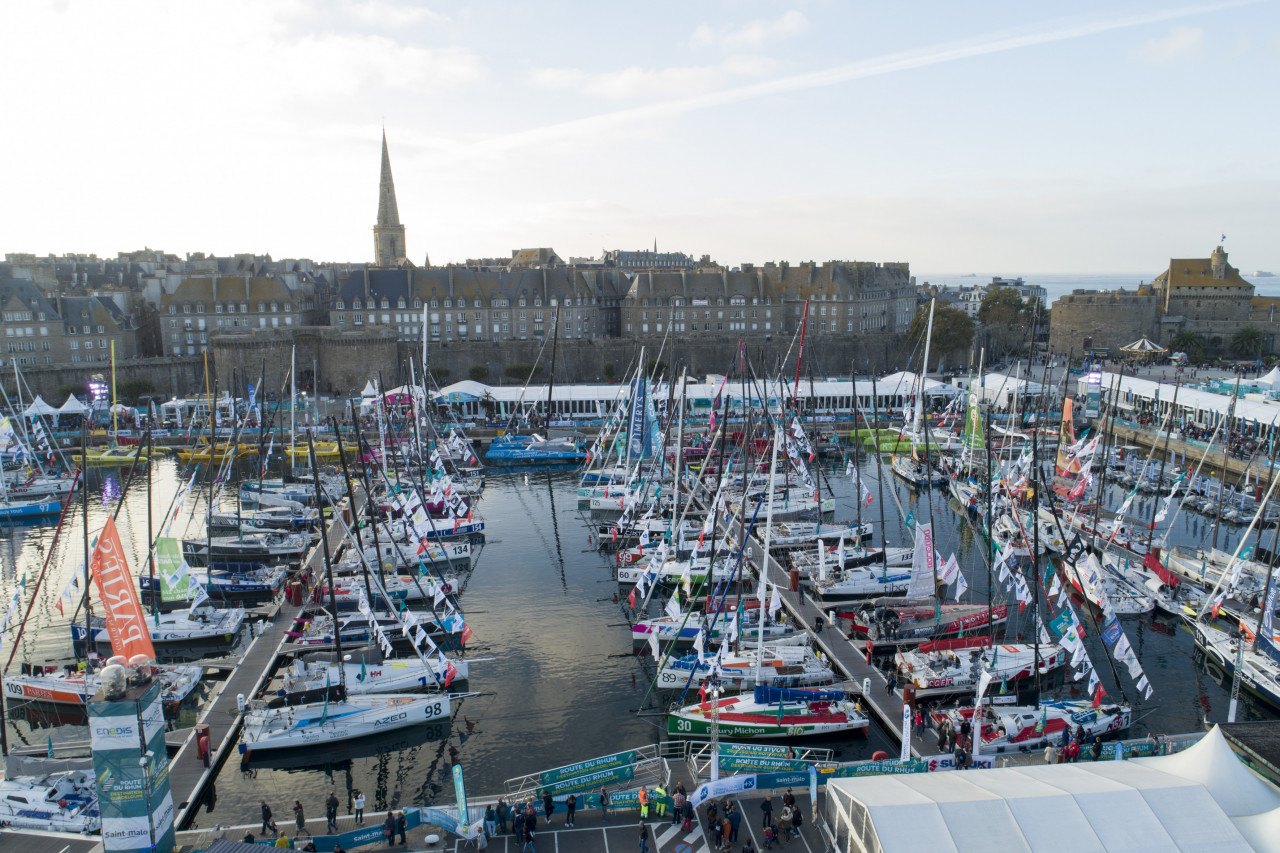 The 2022 edition of La Route du Rhum – Destination Guadeloupe sees the legendary solo Transatlantic race reach the age of 44 years old. It is long since established itself as THE most popular and well known solo transoceanic race in the world.

And with 138 solo racers signed up to compete in the Autumn of this year this edition looks set to add another exciting volume in the colourful history of a race which has been run every four years since 1978.

On Sunday November 6 the huge fleet will set off from Saint Malo on the 3,542 nautical miles passage to Guadeloupe. The initial registration limit was set at 120 skippers but, since July 2021 when they opened, such has been the demand for entries that a further 18 wild card entries have been accepted. The 2022 edition is already a record breaker.

In France on the back of the massive success of the last Vendée Globe La Route du Rhum – Destination Guadeloupe has already been described as ‘the’ major sports event of 2022 and this huge, record entry firmly endorses this assertion. Since 1978’s inaugural edition when there were 38 entries never have there been so many entries. With 149 applications in total the organisers will allocate those 18 wild cards before the end of April.

The organisers and the city have worked hard and smart over recent months to find pragmatic, practical solutions to accommodate as many skippers, boats and teams as possible bearing and to maintain the broad mix of competitors at approximately half professional and half semi pro or amateurs. And as usual, the leading lights of world solo ocean racing will start on the very same start line as the adventurers and amateurs, all with their courses set for Guadeloupe.

The line up will certainly included defending champions such as Francis Joyon (Idec Sport) in the Ultime fleet, Paul Meilhat (Biotherm) in the IMOCA, Armel Tripon (Les P'tits Doudous) in the Ocean Fifty and Yoann Richomme (Paprec – Arkea) is back to defend his Class40 title.
Meanwhile until the wild cards are actually allocated the number of contenders in each class are not known apart from the Ocean Fiftys which will have eight skippers competing.

The 138 competitors selected to make up the 2022 field will still have to complete all the formalities imposed by the Notice of Race (qualification course, participation in the other races of the season, rules and measurement checks for new boats, etc.) to fully validate their presence on the race pontoons in Saint Malo from October 25.

Hervé Favre, President of OC Sport Pen Duick :“ We are pleased to announce this initial list of 120 solo sailors who have made it into La Route du Rhum – Destination Guadeloupe the major event of their season and for some the dream of a lifetime. For an organisation like us we are really proud  that the race has got more and more appealing and interesting each edition for 44 years. The list that we are making official today responds perfectly to what was written in the notice of race last summer. But the number of applications received in recent months has prompted us to look for a solution to welcome even more sailors and allow them to take part in the most famous of the solo transatlantic races, while respecting our commitment to bring everyone into the basins in Saint-Malo. We are going to open up to 18 additional competitors by granting them wild cards and thus increase the number of registered entries to 138, a record figure for a solo race which would make the event a little more historic ”.

*OC Sport Pen Duick has until the end of April 2022 to decide on the admission of giant trimarans within a class (such as the Ocean Fifty, the IMOCA and the Class40) or a category (such as the Rhum Multi and Mono Rhums).