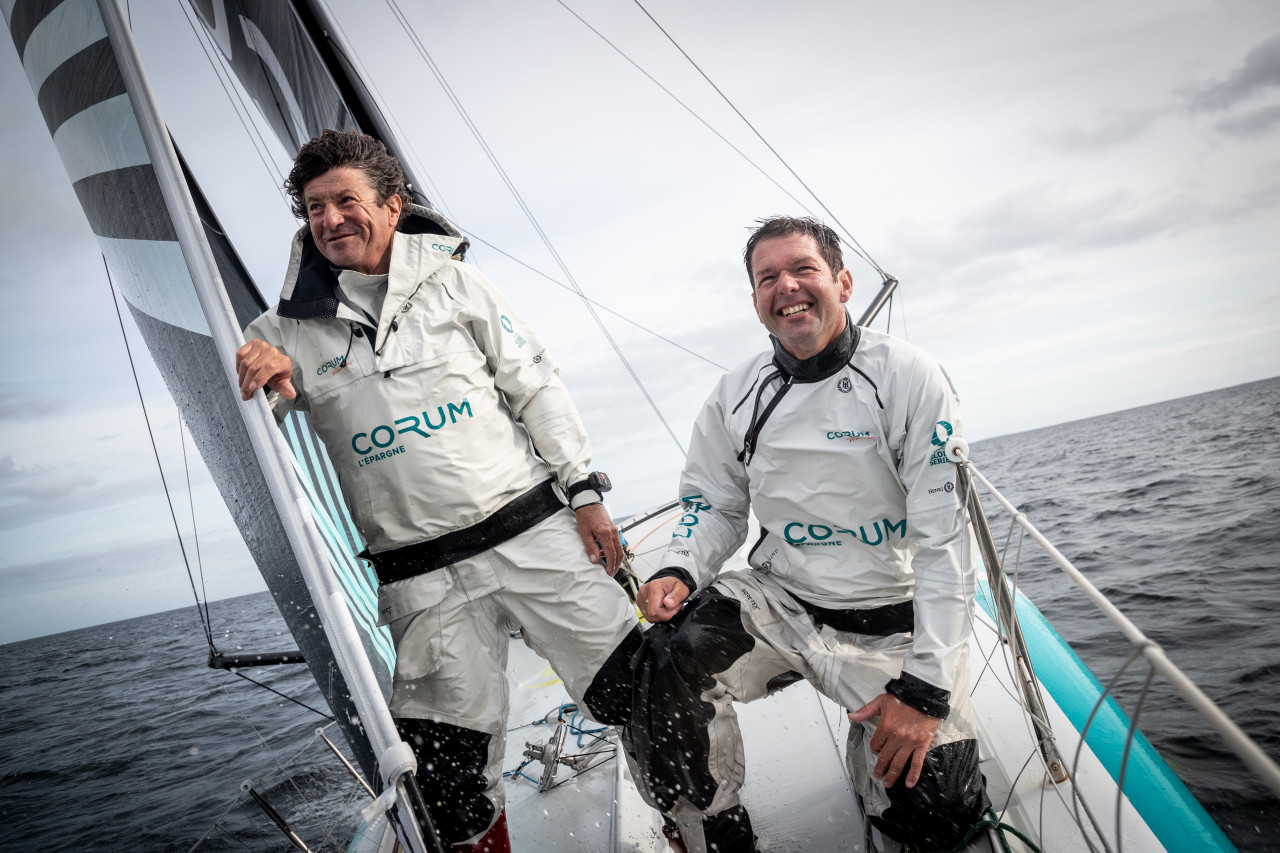 Rivals yesterday, co-skippers today, these two singlehanded racing specialists are then teaming up on the Atlantic for the Transat Jacques Vabre, which links Le Havre and Salvador de Bahia in Brazil (start on 27 October). They are sailing on board Jean Le Cam’s boat, which is sporting the colours of CORUM L'Épargne for the occasion.

Indeed, with the construction of the company’s new 2020 Vendée Globe boat yet to complete, the investment solutions specialist for individuals will take the start of next month’s double-handed transatlantic race with its skipper Nicolas Troussel being accompanied by “Roi Jean” (King Jean). It’s a rather canny formula, which will enable these two great competitors to come together for the first time. The first race for the duo is the Défi Azimut from 18 to 22 September in Lorient.

At first glance, Nicolas and Jean may not appear to have similar personalities, however they do share a lot of common ground when it comes to independence of mind, frankness and the ability to make decisions that are in line with their convictions. The same approach is shared by CORUM, whose everyday transparency in the domain of savings further bolsters their clients’ confidence in them.

The two sailors boast a razor-sharp talent for trajectories, which can prove devastating for their rivals. Between the pair of them, they have won the Solitaire du Figaro five times and have often distinguished themselves in double-handed events, but have never done so side by side: one victory each in the Transat AG2R and no fewer than seven participations in the Transat Jacques Vabre, one of which was won by Jean Le Cam in 2013. The latter also won the double-handed Barcelona World Race 2015-16 before ranking sixth in the singlehanded Vendée Globe 2016-17 aboard this boat, which he continues to cosset today.

Designed by the American architect Bruce Farr in 2007, Jean Le Cam’s monohull has been honed to the nearest millimetre by its current owner, who could rebuild her with his eyes shut. For this transatlantic, she has also been kitted out with a new suit of sails, a precious asset in terms of performance. With a fleet of over 30 pairs setting sail from Le Havre in this IMOCA category (International Monohull Open Class Association), there will be interaction at every stage of the game and plenty of experience for Nicolas to rack up.

The skipper will soon get his hands on a new boat with a view to the Vendée Globe 2020-21 and this jewel of technology will quickly have to be tamed. As such, when it came to CORUM L’Épargne helping to choose the sports programme to be put in place for Nicolas during this year of construction, joining forces with Jean Le Cam and his boat was an obvious move. Indeed, who better than a sailor who has five circumnavigations of the globe to his credit to observe, exchange and learn? Added to that, these neighbours from France’s Finistère region had never collaborated before. Now it’s a done deal. 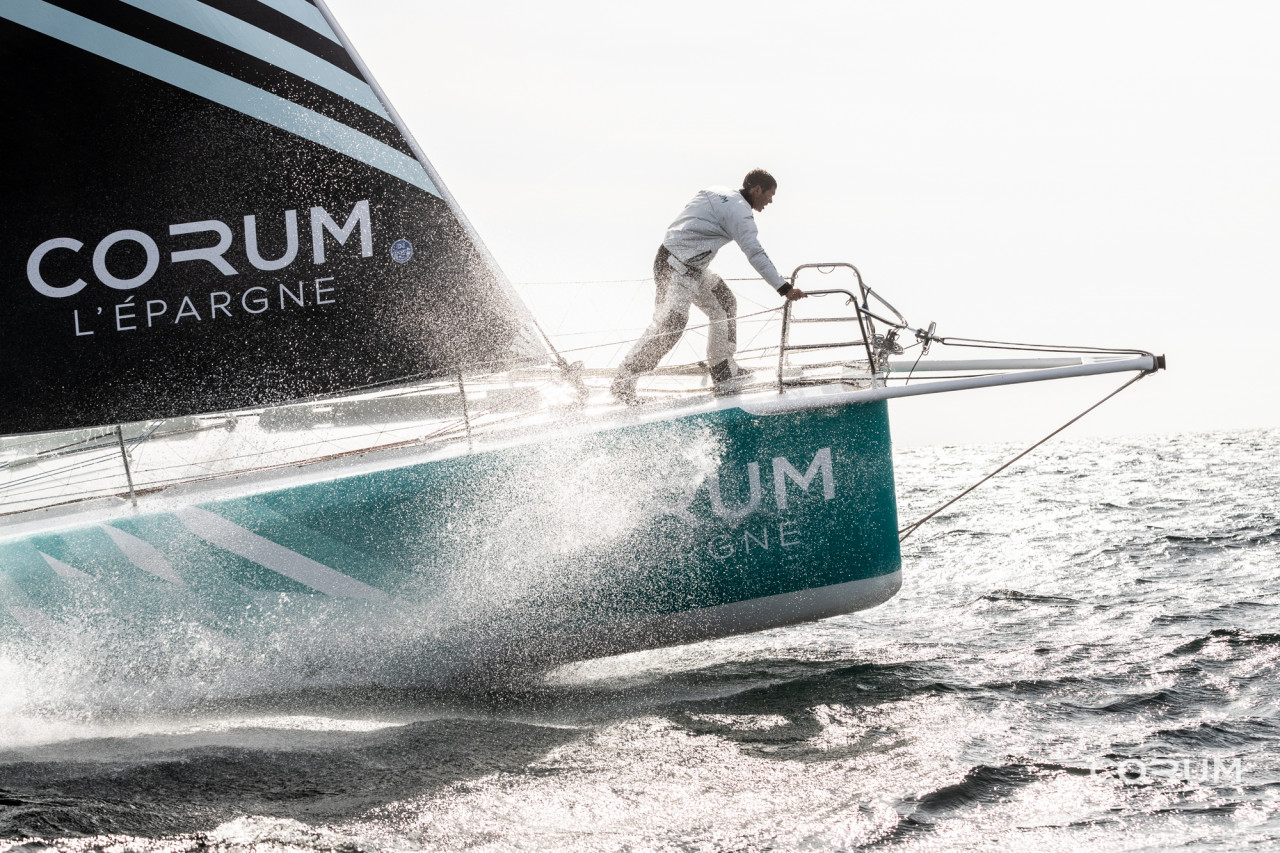 A few days ago, whilst the boat was sailing in her new colours in the bay of Port-La-Forêt (Brittany), the sailors were able to have a brief chat before their imminent departure for Brazil:

Nicolas: “If the sail area needs reducing and you need to go to the end of the boom, he’ll go. Jean is a force of nature. Technically, he’s very strong, the way he does things, the procedure to follow at a particular time, his physical stamina, his wisdom, his anticipation, his approach to the weather, which he knows like the back of his hand… He gives me the answers and the time saved is very precious.”

Jean: “The explanations save time, but that doesn’t replace experience. I have the role of the elder and I’m going to help Nico by passing on my experience to him through my words and actions, but he’ll also learn by making his own mistakes.”

Nicolas: “Jean is very in tune with his boat, which he knows by heart. He’s always on the look-out for the right trim and the best possible performance. I know that the boat will always be trimmed to perfection. Jean also greatly enjoys life at sea. The eggs and bacon of a morning for example are one of his simple pleasures that make all the difference.”

Jean: “Nicolas is very independent in his options and doesn’t fall into the trap of being like a lemming. It’s a really great strength that I’ve always appreciated. I’m a bit like that, but I’ve learnt to refocus myself with experience so that I don’t take too many risks either. It’s better to let well alone. I don’t yet know Nico very well, but he’s a worker and I have no concerns about his capacity to learn quickly.”

Nicolas: “We both have experience of double-handed racing, where the key thing is to take care of your pairing. You also need to know how to adapt, leaving strict rules to one side sometimes. There’s no trouble with our duo, everything is done with complete trust.”

Jean: “Being with another person changes everything, like switching from two to four hands for example! It’s not possible to separate out the tasks as we’re too used to doing everything ourselves when we’re singlehanded and also it’s when you share everything that you enhance performance.”

Nicolas: “Jean has made a lot of modifications to his boat and is continuing to do so. Today, his boat is capable of beating more modern boats. So far, we’ve done delivery trips but the boat wasn’t in race configuration. Since this summer, she’s become lighter and we have new sails.”

Jean: “In the Transat Jacques Vabre, we’re not going to be pretenders to the podium as we can’t match up to the new ‘foilers’ but we can play around with boats like Apicil (Damien Seguin-Yoann Richomme), Banque Populaire X (Clarisse Crémer-Armel Le Cléac’h) and V and B – Mayenne (Maxime Sorel-Guillaume Le Brec).” 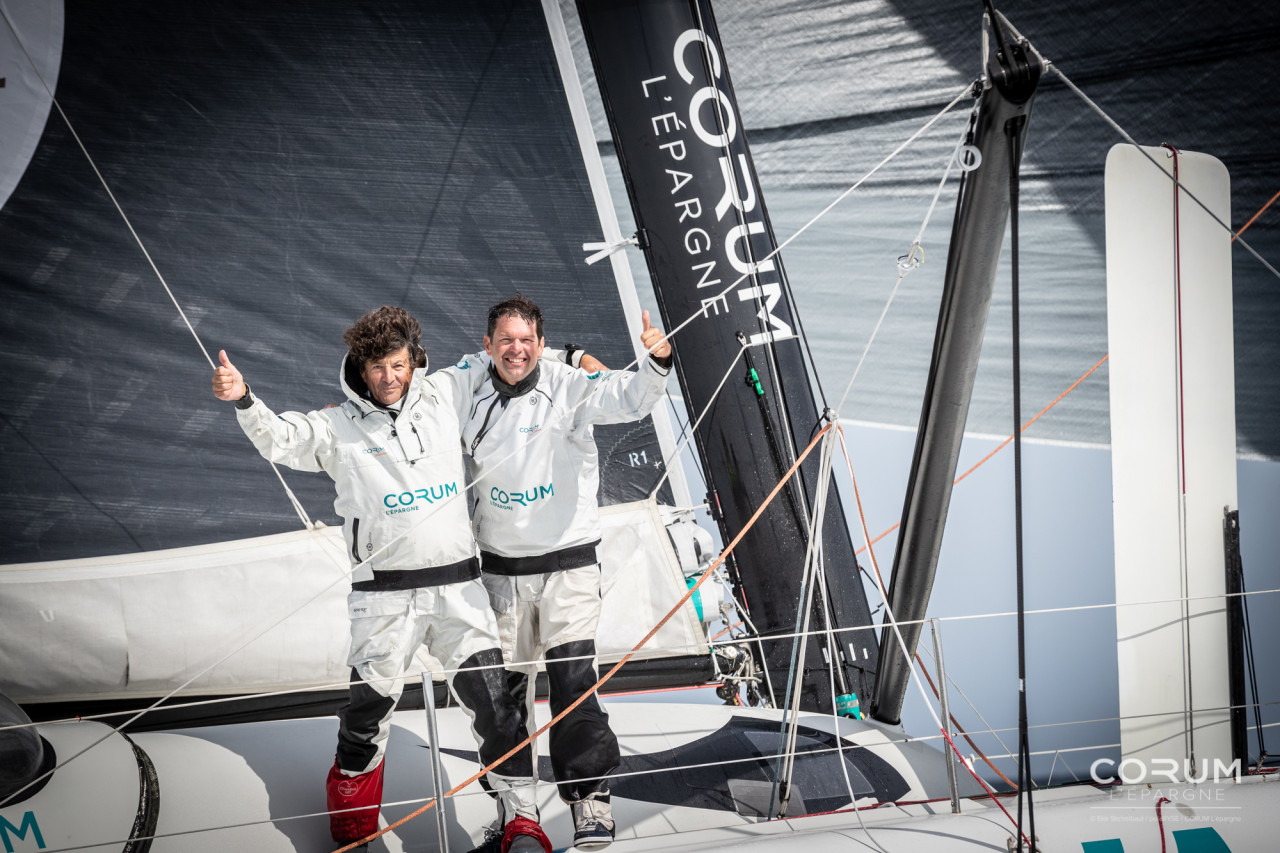 18 Oct.: Arrival of the boat in Le Havre, at the Transat Jacques Vabre village