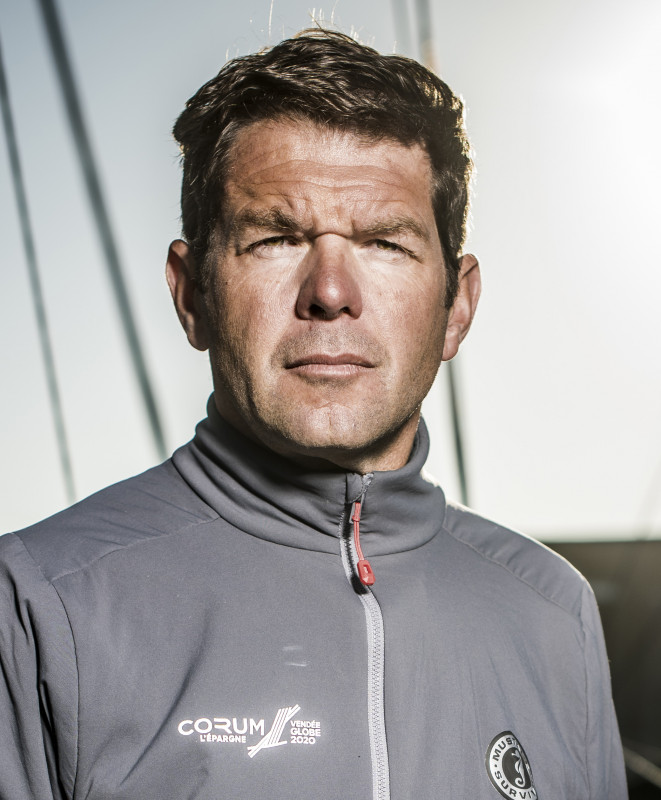 Two-time winner of La Solitaire du Figaro, Nicolas Troussel is a fearce competitor who has always had the Vendée Globe as his objective. Born in Morlaix (Finistère) on May 11, 1974, of parents working in their own architectural firm, he is the eldest of three children. While he remembers admiring the boats at the start of the Route du Rhum or the Tour of Europe, Nicolas does not start on an Optimist.

Sailing enters his life through summer cruises in the Scilly Islands, often with Armel Le Cléac'h's family. With Jérémie Beyou, the three teenagers quickly formed an inseparable trio that shone in the races of the moment before arriving on the demanding Figaro Bénéteau circuit. Armel won the Solitaire du Figaro in 2003 (then the Transat AG2R in double with Nicolas in 2004), Jérémie in 2005 and Nicolas in 2006 with a brilliant stroke that still remains engraved in people's minds and has since become: La Troussel.

He reoffends two years later, at 34 years of age. Between the three of them, Nicolas, Armel and Jérémie will each win twice in nine editions of the Solitaire. But the victories were modest for Nicolas, whose objective did not change: the Vendée Globe. This will be followed by two participations in the Transat Jacques Vabre 2007 and 2009 as co-skipper of Armel, then seven editions of the Tour de France à la Voile, crowned with six podiums. The father of three children will return to ocean racing in 2014 in Class40.

In 2018, CORUM L'Épargne and Nicolas embarked on the Route du Rhum in a new boat. Together, they aim for a podium but Nicolas has to give up for medical reasons. He stops in Portugal where he is welcomed by Frédéric Puzin, President of CORUM L'Épargne, and his close collaborators. The outcome of this campaign is positive in terms of brand awareness. Shortly before Christmas 2018, the construction of an IMOCA designed by the architect Juan Kouyoumdjian was launched with a project that will take them to the Vendée Globe in 2020 and the Route du Rhum 2022. 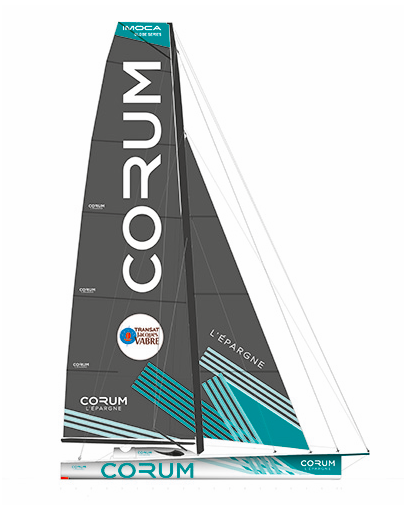 Rivals yesterday, co-skippers today, these two singlehanded racing specialists are then teaming up on the Atlantic for the Transat Jacques Vabre, which links Le Havre and Salvador de Bahia in Brazil (start on 27 October)…

Corum L'épargne: A new step in the birth of IMOCA