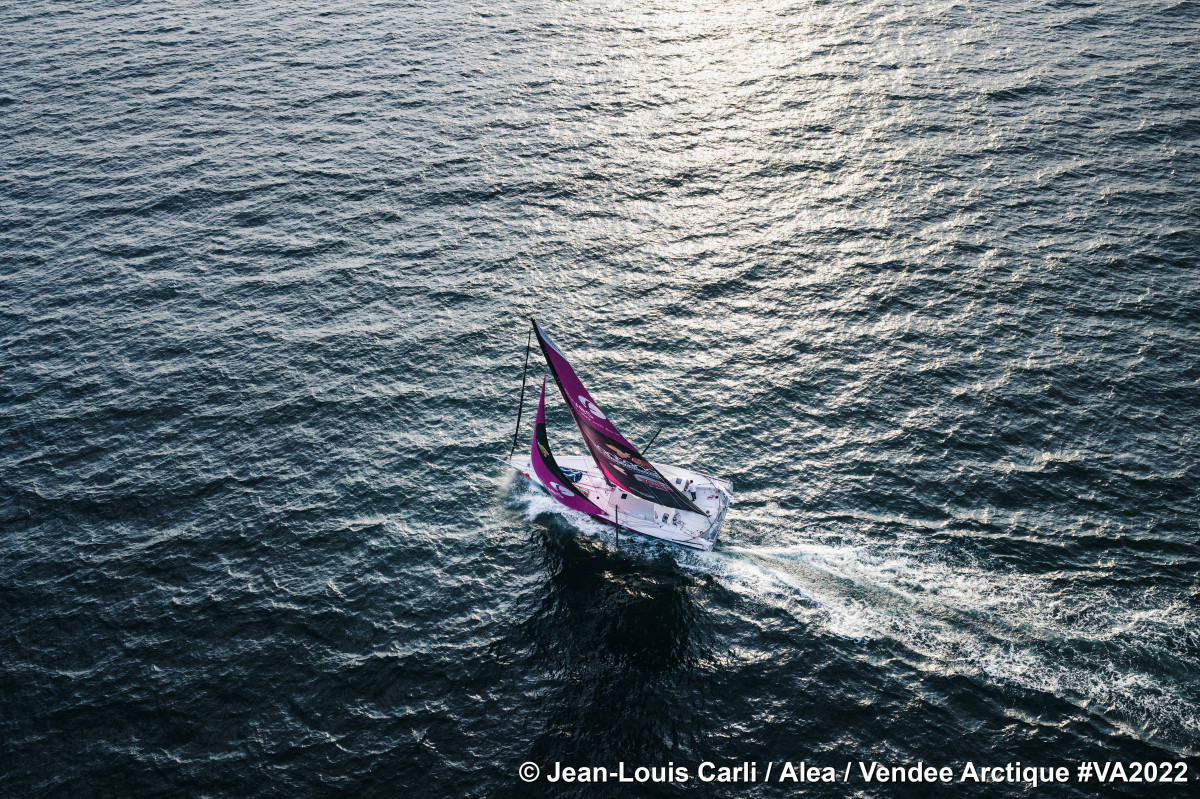 The start of the 2nd edition of the Vendée Arctique - Les Sables d'Olonne, the 3,500 nautical miles qualifying race for the next Vendée Globe will be on Sunday, June 12 at 1700hrs local time France (1600hrs BST/1500hrs UTC). It should be possible to closely follow all of this important race around Iceland and into the Arctic Circle, from the start to the finish which should be about 12 days later.

The 2nd edition of the Vendée Arctique – Les Sables d’Olonne is the first of five qualifying races for the Vendée Globe and it is certainly one of the most difficult. 3500 miles long, it is roughly the same distance as the Route du Rhum - Destination Guadeloupe. But this race takes the 25 solo skippers north of Iceland and so up to latitudes never before raced in by the IMOCA class. The course willtake the through a wide variety of weather systems that will challenge the sailors from the first day to the last day.

The IMOCAs will leave the Vendée Globe pontoon in turn between 1:15 p.m. and 3:15 p.m. local times on Sunday 12 June. To reach the open sea and the starting area at the Nouch Sud buoy the skippers will descend the legendary channel of Les Sables d'Olonne and will surely get a typically big send off.

From 1:15 p.m. to 3:15 p.m. the dock out will be broadcast live from the pontoons with comment and commentary from Andi Robertson and Will Harris (Team Malizia). In French there will be Maxime Cogny, with expert support from Yoann Richomme (Paprec Arkéa) and Maxime Sorel (V and B Monbana Mayenne). This live stream will be available on the YouTube and Facebook accounts of the Vendée Arctique.

- In France, Infosport+ and TV Vendée will broadcast the start, which will also be accessible from the L'Équipe Live and Sportall digital platforms.

- Internationally, the TV channels Sport10 (Belgium) and Supersport (Sub-Saharan Africa), as well as the digital platforms Seven (Australia) and Mundo Nautica (Spain) will broadcast the start.

TV Vendée and the digital platforms Sportall and Sailorz will broadcast dedicated programs.
The race tracker will be updated at 7 a.m., 11 a.m., 3 p.m. and 7 p.m. (French time). Four classifications will then be issued.

- Every day at 7:00 p.m., live on the Vendée Arctique Facebook and Youtube accounts, the "Live Course" will connect with the open sea. It will be hosted by Edwige Richard and Maxime Cogny for the French version, by Andi Robertson and Chris Museler for the international version (7:30 p.m.). The race website, with content in French and English, will offer a continuous news feed and two daily articles.