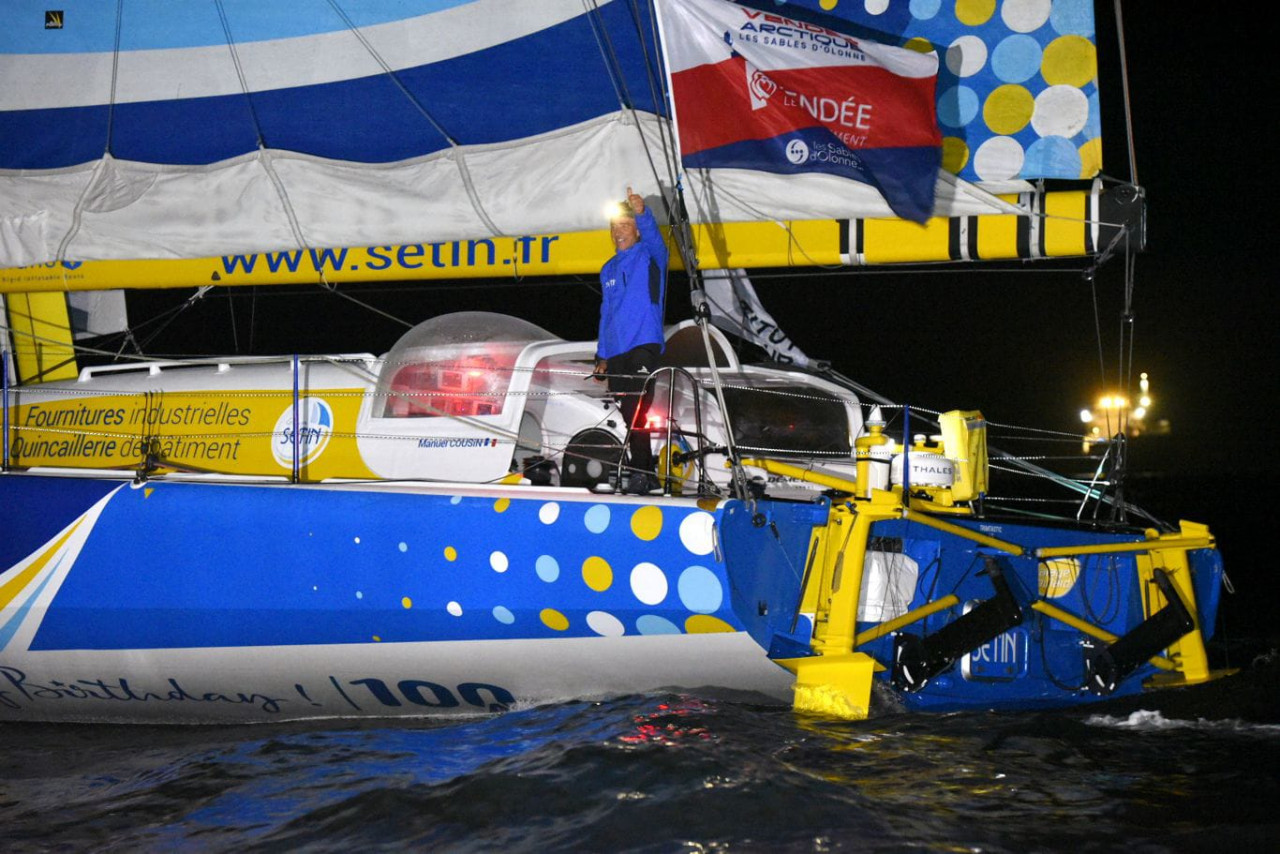 It was a very formative Vendée – Arctique – Les Sables for Manu, who celebrated his 53rd birthday as he rounded the IOC-UNESCO waypoint to the south of Iceland. Despite a difficult introduction and a few technical issues along the way, the skipper of Groupe SÉTIN was immensely pleased to return to singlehanded offshore competition. The race comes as an added bonus in the finalising of his jobs list upon his return to Les Sables d’Olonne. On 8 November 2020, Manu Cousin will take the start of his first Vendée Globe!

“I’m happy to have finished and to have done it and I’m especially pleased with the second part of the race, from the UNESCO buoy. I had some difficulty getting into the swing of things at the start. I had some technical issues and I was more focused on sorting them out rather than getting into the competition. After that, once things were under control, I could enjoy myself and go on the attack a bit with the boats of our generation.

I have lots of memories to take away from this. First of all, it was incredible to have been up to 62° North. I’d never experienced that before and then I rounded the waypoint on my birthday. There was a huge range of weather and that was very good for me as I was able to try out some different sail configurations. It was virtually the same length as a transatlantic but more complicated.

You always learn something on these boats. What’s clear is that I’m becoming increasingly familiar with my boat, I’m enjoying sailing her more and more, I’m beginning to get her sailing at her full potential and I’m finding the sweet spot with the throttle. It’s interesting. We’re validating things that were done over the winter and 98% of it is very positive. And even though I had some keel ram issues, we’ll be able to remedy that. It could have happened at the start of the Vendée Globe and that would have been more annoying. It was fantastic preparation, even though the Vendée Globe is another format. It did me good to sail in these extremely varied conditions.

There were lots of highlights. 62° North was particularly striking. I was surprised. I wasn’t cold. There were some moments in the drop down towards Gallimard where it was very quick. I felt solid and good on the boat, I was really happy. Clément (Giraud) and I were within sight of one another at the Gallimard mark. Then Arnaud and I saw one another on the AIS. It was a great battle. It drove us to push hard so it’s better than sailing all alone."