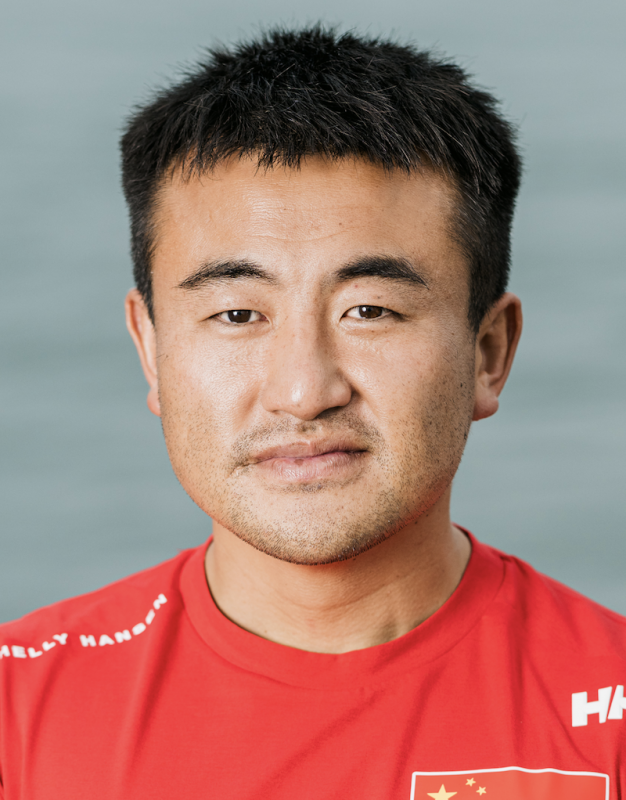 Xu Jingkun is one of the best skippers in China. He had completed many navigation challenges such as single-handed sailing around china sea and transatlantic, circumnavigation, boarded the podium of almost all sailing competitions in China, and created the best record of Chinese athletes in the sailing World Championships. Moreover, he been selected as Sailor of the Year several times.

When Xu first joined Chinese National Sailing Team in 2005, it has been his 17th year of sailing and a personal sailing mileage of 110,000 nautical miles.

Xu Jingkun was on the school track and field team when he was in primary school. At the age of 12, he accidentally lost his left arm. However, the physical deformity did not break the tough boy.

In 2005, he joined the National sailing team and became a professional sailing athlete. Since then, he has participated in various competitions such as Asian Olympic Games, World Championships and 2008 Paralympic Games on behalf of the Chinese national disabled sailing team, and has achieved remarkable results.

After the 2008 Paralympics, the national Paralympic sailing team was disbanded, and Xu Jingkun started his career as a professional sailor. He participated in various events around the world to improve his skills and exchange experience. As a one-armed sailor, he left a deep impression on his competitors and the event organizers.

In 2012, he sailed a 24-foot sailboat, setting the record of "the  first single-handed one-armed sailor unassisted circumnavigating the China Sea”.

In 2015，Xu Jingkun was the only one who finished the MINI TRANSAT  with one-arm  in the history and the third sailor from Asia.

In 2017, Xu completed a sailing voyage around the world as the captain of Qingdao Dream. This voyage was more than 8,000 hours on the helm and about 34,000 nautical miles. Not only has it set the record of the first Chinese to circumnavigate the world by catamaran, but also it is the longest round-the-world sailing activity of Chinese people.

In the meantime, Xu is the most popular sailing instructor in China with a lot of students. In addition, Xu Jingkun has sailing certificates from several countries, such as the ASA skipper certification and instructor certification in America, RYA YachtMaster Ocean in Europe, CYA LEVEL A & B, A1F & A2F in China.

Although these certificates are not necessary for his career path, it allows him to compare different teaching methods around the world. Xu always wants to share his experiences and tactics with the young sailors. In the past 10 years, dozens of his students have joined in Global sailing events.

In 2021, Xu’s book “HUMBLE DREAMER” was published.  This book is about his inspirational story: how does he transformed from a disabled boy in a small mountain village to a wonderful global sailor and receives a very good response among young people.

In 2022, he starts his IMOCA project, hoping to accomplish his life dream and stands on the departure line in 2024 Vendee Globe.