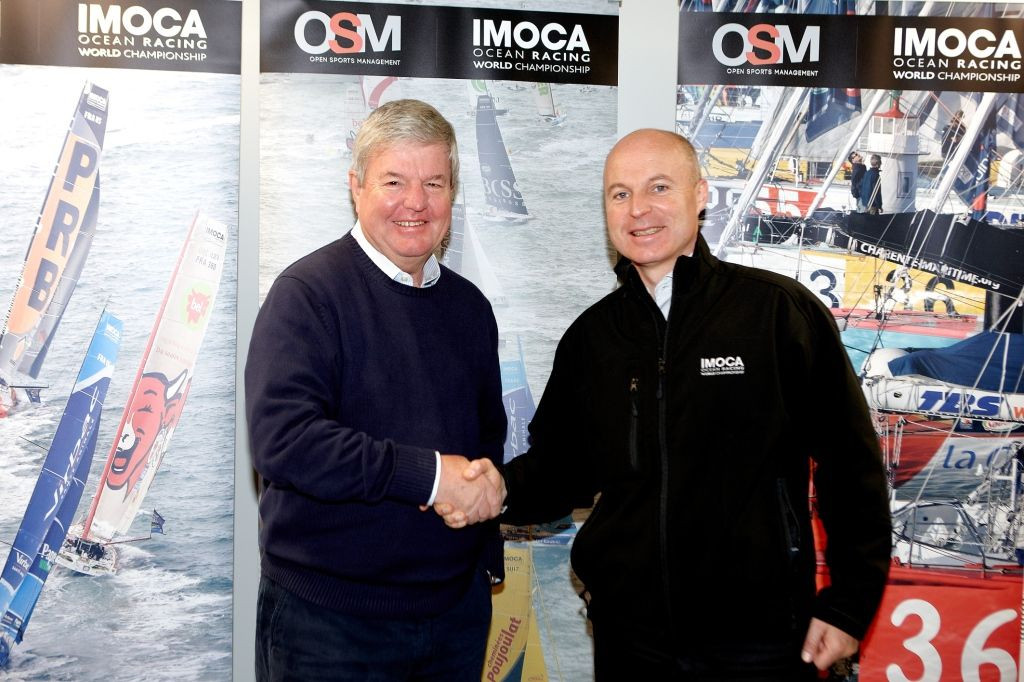 Following on from the announcement of the collaboration between IMOCA and Open Sports Management (OSM), media were invited on Friday 9th November in Les Sables d’Olonne to meet with Luc Talbourdet, IMOCA Class President, and Sir Keith Mills, founder of OSM, to hear more about their vision and plans for the future success of the IMOCA class.

Luc Talbourdet kicked off the session by explaining that the Class Members had voted 100% unanimously for this collaboration to be signed and were all extremely excited to be working together and using this initiative as the platform to grow and develop the IMOCA Class for the future.

This Press Point was also an opportunity for Luc Talbourdet to introduce M. Michael LIU, President of 7Seas Group, and IMOCA’s correspondent in Shanghai.
M. LIU indicated his commitment to the Class and to the values that it represents.
7Seas is another asset for OSM to develop IMOCA and to expand our sports in international markets.

Sir Keith Mills closed the session by explaining the plans for the next steps of the OSM approach. Firstly analysis of what has been learnt in Les Sables d’Olonne during this intense week, then the start of the business and commercial planning process together with a programme of continued discussions with key parties and exploration of opportunities ahead of a preparation of the first strategic proposal at the finish of this Vendee Globe.