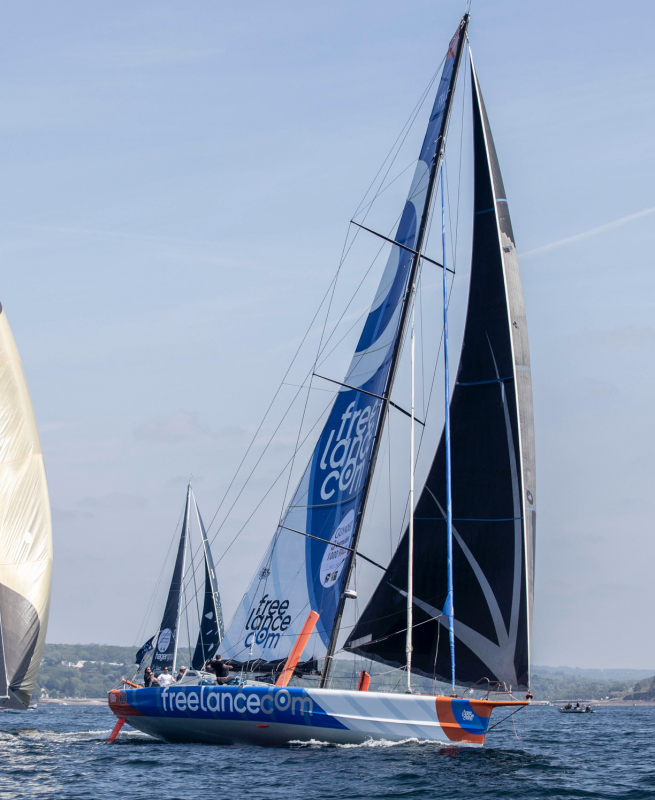 This Farr design built for the Barcelona World Race 2007-2008, then raced in the Vendée Globe, has had multiple skippers and lives: launched in 2007 as Estrella Damm, she went on to sport the name BT with Sébastien Josse, Veolia Environnement with Roland Jourdain, Hugo Boss with Alex Thomson, Neutrogena with Guillermo Altadill and José Muñoz, Adopteunskipper.net with Nicolas Boidevezi and Ryan Breymaier, Spirit of Yukoh IV with Kojiro Shiraishi, Omia Water Family with Benjamin Dutreux and Freelance.com with Guirec Soudée.

The Estrella Damm duo, Guillermo Altadill and Jonathan McKee unfortunately had to retire from the Barcelona World Race offshore of Cape Town with damaged rudders, then Seb Josse had to return to France in The Transat, with a broken mainsail head. BT is no happier offshore of New Zealand when a wave flips the boat over and suffers a broken rudder… Repaired in Auckland, the IMOCA dominates play in several races in 2009 prior to a Transat Jacques Vabre with Seb Josse and Jean-François Cuzon, which culminates in the vessel’s retirement after serious water ingress. Taken on by Roland Jourdain, Veolia wins the Route du Rhum 2010, then Thomson and Altadill finish second aboard her in the Transat Jacques Vabre, the Briton also subsequently bagging the solo transatlantic record on her in the colours of Hugo Boss in 8 days and 22 hours. Third in the Vendée Globe 2012-2013 with Alex Thomson, the monohull finishes second in the Barcelona World Race under a Spanish flag. Later on, Nicolas Boidevezi’s Vendée Globe participation is compromised due to a lack of sponsor. So, the japanese sailor, Kojiro Shiraishi sets sail with her from Les Sables d’Olonne, before sadly stopping in Cape Town following her dismasting. Benjamin Dutreux purchases the boat in 2019 and flies the flag for Water Family in the Transat Jacques Vabre, finishing 19th with Thomas Cardrin. Two years later, the young sailor is joined by Omia and sets sail on his first Vendée Globe. Ninth at the end of a very fine race, he sells his boat to adventurer Guirec Soudée, renowned for his seagoing adventures with his chicken Monique. Despite a rapid and steep learning curve alongside Sébastien Audigane, one of France’s most experienced sailors, and just a month in the IMOCA class, the Breton finishes the Guyader Bermudes Race 1000 in an honourable 16th place, and above all ranks 6th in the Vendée Arctique Les Sables d’Olonne, after an option demonstrating excellent seamanship. Freelance.com will take the start of her seventh round the world in November 2024! 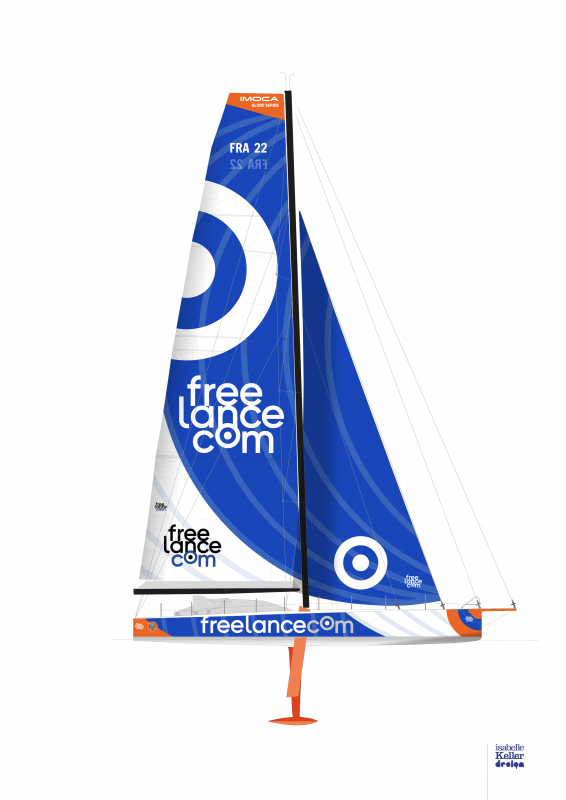 A happy guy with an infectious laugh, Guirec Soudée is one of the brightest new characters in the IMOCA fleet and a young man who has no qualms about admitting he still has a lot to learn.