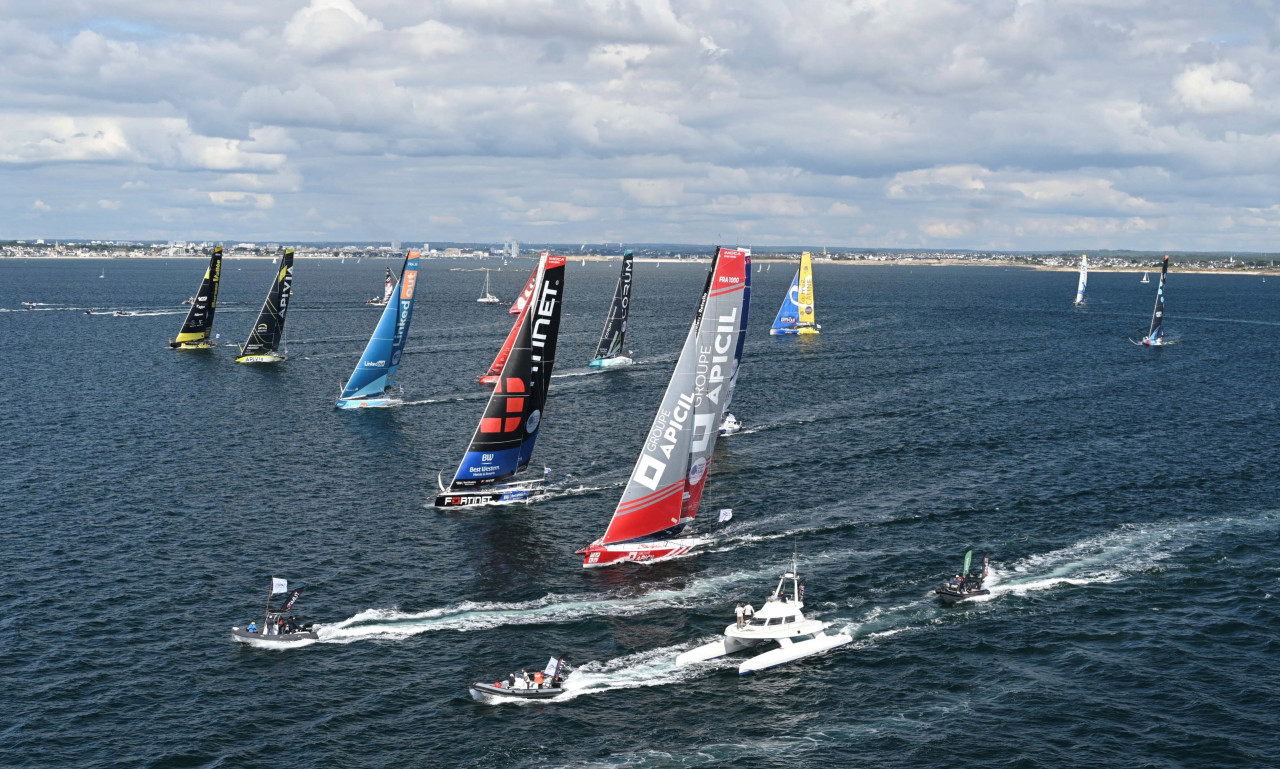 Now, in collaboration with Class IMOCA, Lorient Grand Large is announcing the creation of ‘Retour à La Base’ (Return to La Base), a brand-new sports event dedicated to the famous 60-foot monohulls.

For over 10 years, the Lorient Grand Large association has been supporting skippers with both professional and amateur offshore racing projects. An organiser as well as a facilitator, Lorient Grand Large also works year-round hosting local and international nautical events.

This November, with the majority of IMOCAs docking in at Fort de France in Martinique, the finish venue for the Transat Jacques Vabre Normandie Le Havre, Lorient Grand Large is organising a return rally via the sea in double-handed or crewed configuration, the premise of an even more ambitious project in two years’ time.

The principle is simple. A start line set to the north of the island will be open for a few days from 27 November so that each participant can set sail whenever they like. The stopwatch will be activated as the boat crosses the start line and stop upon their passage of the finish line at the entrance to the port of Lorient. The crews who make the fastest passage times will be rewarded. Over the course of their Atlantic passage, the progress of the boats will be able to be directly tracked on a cartography with a rich seam of information being sent from on-board by each crew. The proposal is intended to be nice and easy for the sailors to implement, with the aim of stretching out this fine 2021 sailing season a little further.

"This route takes into consideration several different global issues. The ecological issue as this return journey offers an alternative to returning on cargo. The technological issue because it is always a real advantage allowing the boats to sail more and develop their onboard functioning. Lastly, human side as it allows the teams to navigate, then strategically determine the return route in terms of weather analysis and seek the downwind option, north of the Anticyclone. Finally, just before reaching the start line located north of Grand Rivière, the sailors will have the chance to sail downwind of Montagne Pelée, from St Pierre. They will be able to admire another facet of Martinique before setting off for Lorient La Base," explained Karine Fauconnier, coordinator of Lorient Grand Large.

The beginnings of a singlehanded race for 2023

“The Retour à La Base 2021 is essentially a ‘warm up’ for the singlehanded race in 2023, which will be a key step in a sailor qualifying for the Vendée Globe the following year. Lorient Agglomération has asserted its wish to include Lorient as a venue for hosting major offshore races. As such, creating its own singlehanded transatlantic race for IMOCAs with long-term aims to repeat it again and again is something we’re very keen to pull off. In 2021, it will be a friendly ‘rally’, enabling us to lay down the foundations of our future ambitions. Naturally, we’re delighted that several teams have already confirmed their participation,” explains Jean-Philippe CAU, President of Lorient Grand Large.

Following on from the organisation of The Ocean Europe prologue in Lorient back in May, Lorient Grand Large and Class IMOCA are continuing to strengthen their collaboration through this new project.

“A large number of the IMOCA teams work and develop their sports programmes here in Lorient. This region is also a hub for a great deal of the designing, building and kitting out of our boats. In this way, a singlehanded transatlantic race finishing in Lorient La Base will doubtless appeal to both the sailors and their partners. It’s an ambitious challenge which we’re absolutely delighted to be supporting,”explains Antoine Mermod, President of Class IMOCA.

IMOCA Class and Lorient Grand Large are also keen to inject a fair trade vibe into the “Retour à La Base” race by putting in place a system for transporting local goods such as coffee, pepper and other spices from the West Indies to Lorient.

“The idea is to be able to load around 40 kilos of local goods onto participating boats and thus contribute in some way to the circular economy. Discussions are underway with producers in the West Indies and retailers in Lorient. We hope to be able to start offering this scheme to the teams this year so that the project is up and running in earnest for 2023,”explains Claire Vayer, who shares the responsibility for IMOCA Class’ sustainable development programme.

To date, seven IMOCA teams have already expressed their intention to take part in this first ‘Retour à La Base’!