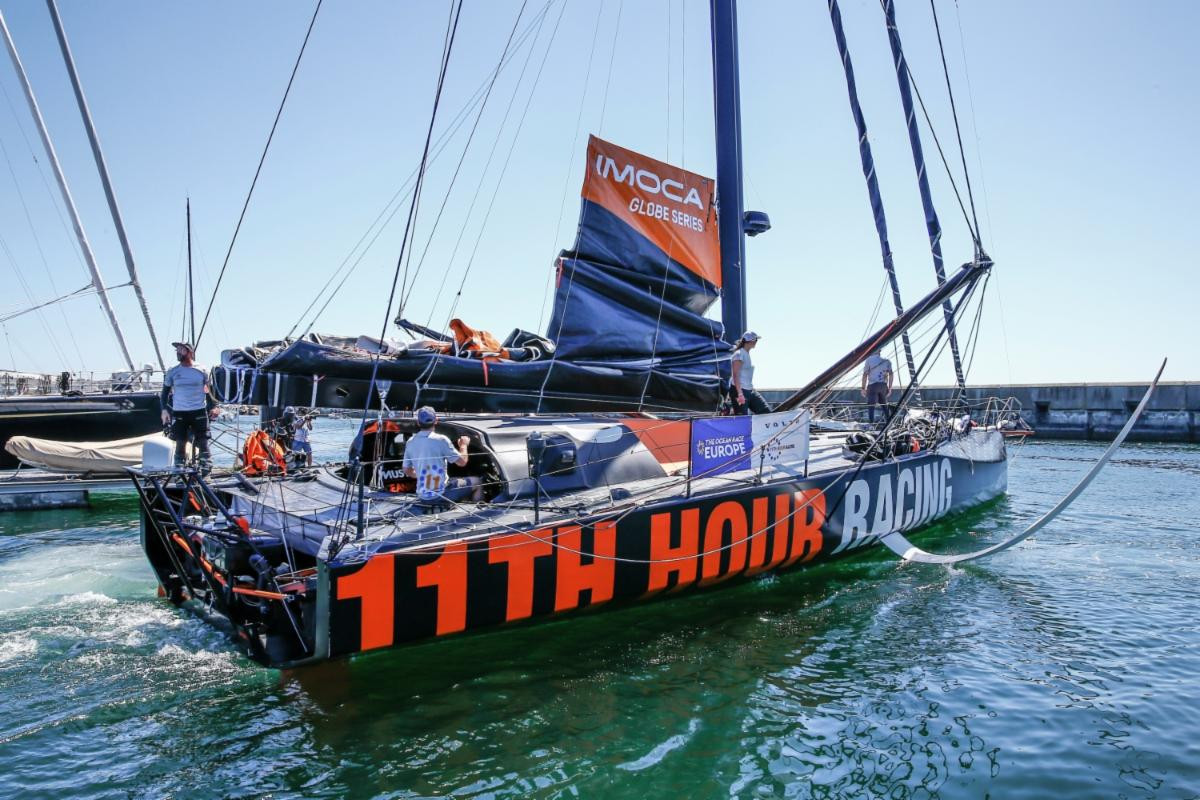 It was not the start they were looking for, but 11th Hour Racing Team is back out on the water and has resumed racing in Leg 2 of The Ocean Race Europe, following an incident shortly after the IMOCA 60 fleet crossed the start line for Alicante, Spain.

Two miles after the scheduled start of the race, the Team caught the anchor line of a small motorboat with their port foil. There were no injuries onboard the motorboat and the team immediately sent a RIB alongside to ensure its safe return back to port, which it did unassisted.

The 11th Hour Racing Team IMOCA 60 also returned to Cascais where the damaged foil was removed from the boat and a foil plate inserted in its place.

Skipper Charlie Enright (USA) commented, “We take full responsibility for what happened today on the water and we are all hugely relieved there were no injuries on either boat.”

“Since we touched the dock, the shore team and crew have been working fast to get the foil removed and completed visual checks showing there is no further damage to the boat."

“We have regrouped and refocused our minds on the task that is now ahead of us. Sailing with only the starboard foil and behind the rest of the fleet will be an additional challenge, but one we are all determined to face head on. As a team we are resilient and looking forward to getting back out on the water to restart Leg 2 of The Ocean Race Europe.”

Ahead of the Team lies a challenging racecourse, having to navigate along the Portuguese coast into the open Atlantic, passing through the notorious Strait of Gibraltar and into the Mediterranean. The finish of Leg 2 is the Spanish city of Alicante, with an expected arrival on Thursday, June 10.

Prior to departure, navigator Simon Fisher (GBR), aka SiFi, described what lay ahead.

“Around Cabo St. Vincente, on the southwestern tip of Portugal, things might get more complicated, and we’ll have to play with the winds really wisely. Then, passing through the Strait of Gibraltar is always a challenge. We estimate to arrive there at some point on Monday night, and will be crossing from a northerly breeze that we’ll meet in the open Atlantic, into easterly upwind conditions. In the channel, things will get very narrow, and we have to stay away from the coastline and out of the TSS [Traffic Separation Scheme] shipping channel. We expect a big acceleration when sailing into Gibraltar, with speeds upwards of 30 knots, and it will be critical to manage that well, to stay out of the worst of the weather.”