29,173NM – an impressionistic cinematic treatment of the Vendée Globe that changes perceptions of our sport 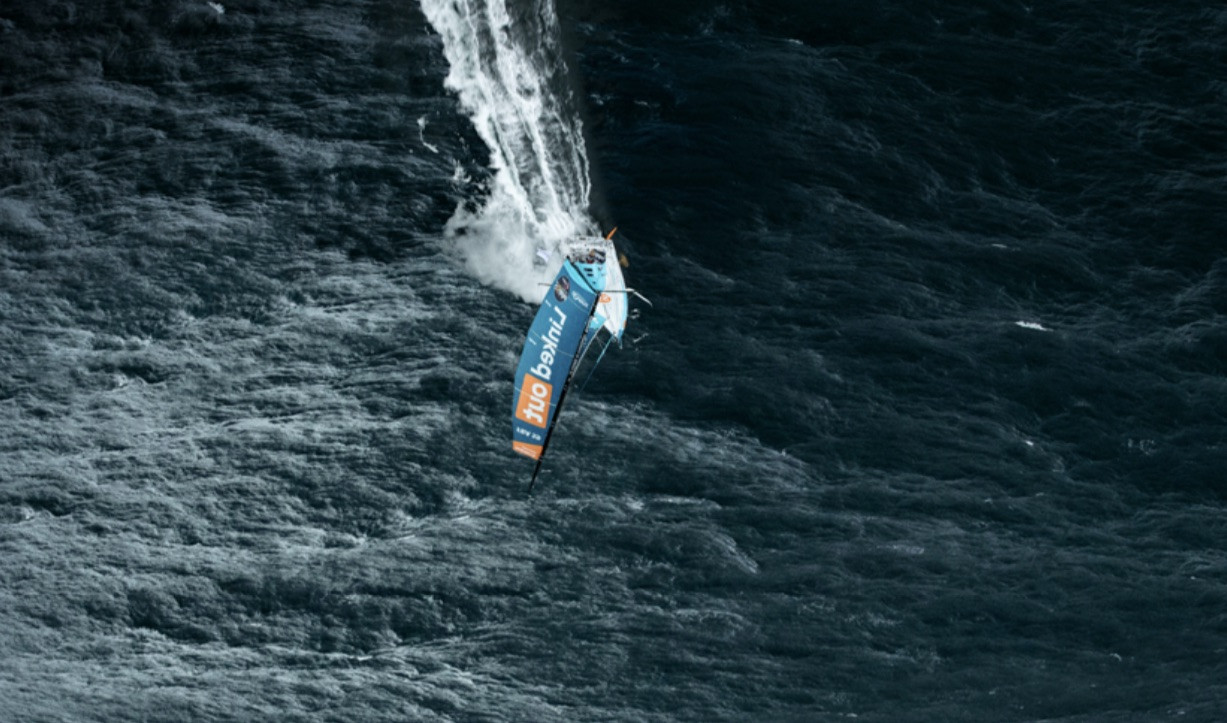 Then we see Thomas Ruyant exploding with energy on his cockpit pedestal, as he trims the sails on LinkedOut in the early stages of a race he was destined to finish in fourth place on the water, but then be relegated to sixth on corrected time.

What none of us knew when he set sail was that his IMOCA was bristling with 13 cameras and microphones as part of a project to create a cinematic record of his voyage from multiple angles.

The resulting hour-long film, 29,173 NM, by Romain de la Haye-Serafini and Vincent Bonnemazou, is stunning, disturbing, shocking even, as we see Ruyant experience, at times, what seems more like an exercise in torture than sport.

We all know that solo IMOCA racing is an extreme activity but this compilation of immersive fly-on-the wall footage, with a nod to techniques pioneered by Stanley Kubric, changes our perspective. The new foiling boats are known to be uncomfortable and noisy and this telling of the Vendée Globe brings that home, like nothing before it.

We see Ruyant climbing his mast, struggling with broken halyards on the foredeck, being flung about down below and trying to sleep, with the boat crashing and banging, alarms shrieking and lights flashing. Is he a sailor, a soldier in the trenches, a laboratory animal, a lone astronaut lost in space, or someone taking part in some kind of bizarre experiment?

We also see some remarkable footage of the boat thundering along in the Southern Ocean. There were cameras on LinkedOut’s outriggers, and the section south of New Zealand is some of the most dramatic and effective Southern Ocean sailing footage ever recorded. That is not just the content but the quality too – despite being regularly drenched in salt water, the cameras continued to record extraordinary images. Never before has an IMOCA 60 looked so powerful but also so vulnerable, as it ploughs through breaking waves with white water cascading along its decks.

The aural element of this film is fascinating because this is a project that is as much about sounds as visuals. There is almost no dialogue, but instead a pulsing electronic soundtrack supplied by the musician Molécule (aka De la Haye-Serafini himself), which takes as its inspiration the percussive repertoire of LinkedOut’s carbon-fibre hull and rig.

While the insistent beat was, at times, overly imposing, it was powerful in the way it picked up on the chatter and clatter from the boat and the way it presented modern IMOCA racing as more warfare at sea than a serene journey around the world. Repeatedly the beat would build to a thundering crescendo, indicative variously of exhaustion, danger, or the deadly combination of both. In one long trippy sequence the soundtrack and images dissolve into a kaleidoscope of colour, inviting us to share the vivid dreams of a light-sleeping solo sailor.

Funded by Advens, the cyber-security company and the LinkedOut sailing team’s main sponsor, this project is, in some ways, a highly intrusive Big Brother-on-the-ocean style record of Ruyant’s voyage. But, to his credit, the 41-year-old skipper and TJV winner, who had to activate the cameras at moments of drama, was happy for the film-makers to use any of the footage they harvested at the end of the race.

The wiry Frenchman comes across as a hugely capable single-hander, quite happy in his own company and full of energy and determination to keep his race on track. We see him during moments of sheer enjoyment, shouting out loud with frustration at the top of his rig, clean-shaven and bearded. We also see him wrung out with exhaustion, trying to sleep and repeating movements like a sleep-walker, as he drifts in and out of consciousness.

Anyone working in the IMOCA field should see 29,173NM, the producers of which are still hunting for a cinema distribution deal. I have been writing about solo sailors for more than 25 years and it has changed my view of what this sport is about. These men and women take on remarkable challenges in a dangerous and threatening environment and on complex machines that can break at any moment – we should never under-estimate their courage and determination, or the shock they experience when they come back after living on the edge for months at a time.