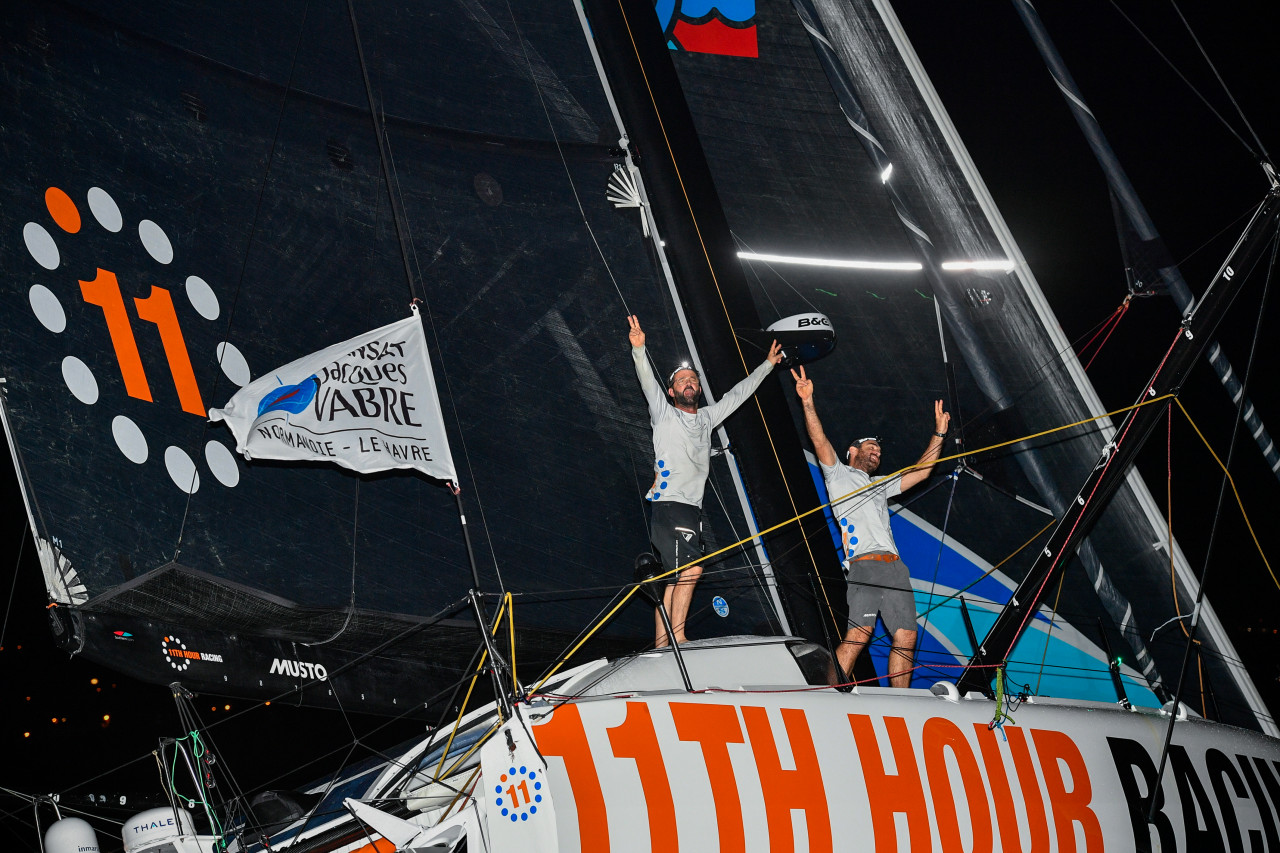 Marked by unseasonably light winds, this 15th edition of the biennial race turned out to be a slow slog from the French port, around the turning mark at Fernando de Noronha off the east coast of Brazil, before finishing in the Caribbean some 6,890 nautical miles (7,928 miles or 12,760 kilometers) later. Mālama had a strong start to the race, consistently in the top five, before damage to the non-structural keel fin fairing was discovered on day 13. This forced the crew to sail at no more than 70% of the maximum speed possible for the final week of the race.

Speaking in Martinique, Enright said: “We've arrived safely and that's one measure of success for us -  I am proud that we have made it here. It was a race of two halves - there was a lot of good and a lot of bad as well, and the paradigm between the first half and the second half has been immense. We have had to dig really deep from a mental point of view to get here to Martinique as it would have been easy to give up and pull into Brazil. But our goal was to get to the finish line of the Transat Jacques Vabre and we've made it. It's a victory of sorts.”

Multiple Transat Jacques Vabre veteran and former race winner Pascal Bidégorry commented: "It feels good to be here as it’s been painful onboard for a while. The characteristics of these boats is to fight on the water and go fast, and with the issues we had, we couldn’t do that. But even with the problems onboard we didn’t give up. Despite a lack of time in the build-up, we managed to be in the game and were third at the Cape Verde islands, but at this point we realized that we had a more serious issue onboard and couldn’t be competitive. We then entered another mode - the one where we had to arrive in Martinique.”

Launched at the end of August 2021, the crew had just two weeks of sailing onboard Mālama, and six nights offshore, before they set off on the Transat Jacques Vabre. “This race is our first step with the new boat and we have a lot to learn. It was tough to have to learn about the boat in a competitive environment, we would have liked more time in the build-up, but everybody can always say that - there are no excuses. It was a difficult but important first step in our longer term goal of The Ocean Race,” commented Enright.

11th Hour Racing Team CEO Mark Towill was sanguine about the Team’s result. “It hasn’t been the race we expected, but the strength and determination of both crews has been impressive. I’m incredibly proud of everyone - the technical and shore-based teams, as well as the sailors - for all their hard work this year getting Mālama on the water and out racing, as well as the preparation with Alaka’i.

“Despite the results on the water in this final race of the year, 2021 has been an important milestone in our campaign, particularly with Simon Fisher and Justine Mettraux leading the standings of the IMOCA Globe Series going into the race, in their first year of sailing together. Our entire team’s focus now turns to The Ocean Race 2022-23 and our fully-crewed entry into the round the world race, while we continue to work with the marine industry to innovate new solutions for positive ocean health,”he concluded.