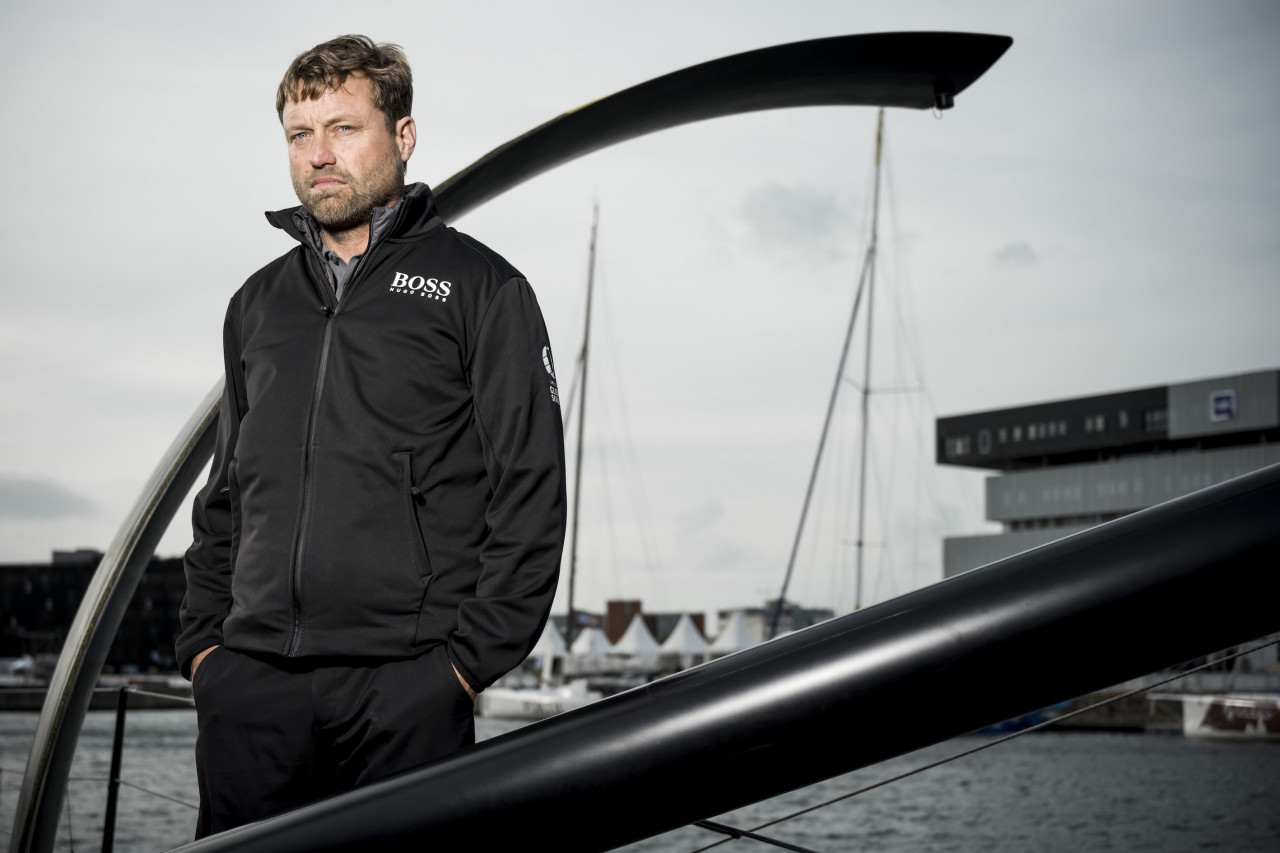 Alex Thomson, the British skipper of HUGO BOSS, believes his three main rivals for Vendée Globe glory will be Jérémie Beyou in Charal, Thomas Ruyant in LinkedOut and Charlie Dalin in APIVIA, but he also said any one of eight boats could win this year’s race.

Thomson also revealed that he and his team have been working to a total race time of 67 days, taking seven days off the current 74-day record set by Armel Le Cléac’h in Banque Populaire VIII in the 2016-127 race, when Thomson finished in second place in 74 days and 19 hours.

Speaking during an online press briefing yesterday Thomson was asked about his rivals this autumn. “The favourites? Apart from myself obviously,”he joked. “Obviously Jérémie Beyou, Thomas Ruyant, Charlie Dalin. I think they are the key players in this race. But, as we have seen in the Défi Azimut and the Vendée Arctique, there are other fast boats as well.”

Thomson said it would be wrong to discount Armel Tripon on L’Occitane en Provence. He said the Sam Manuard-designed IMOCA had already shown that it was fast “at the angles we have seen”.But he added: “It’s a tough challenge for him to ready in time and that will make it very difficult for him to be a contender.”

Thomson also mentioned Sébastien Simon who is using a similar foil concept on ARKEA PAPREC to the new HUGO BOSS, and Nicolas Troussel on CORUM L’Epargne. “(Nicolas) is going to be competitive – he’s a bit like us, people don’t really know what to expect,” Thomson said.

Overall Thomson believes it is now too late for skippers to make big improvements. “We are at the stage now where the die is cast,” he said. “Everything is set now – you can’t do anything about it if you find out you have a big speed deficit.”

The Englishman who has finished third and second in the last two races, believes this Vendée Globe will be among the most competitive he has raced in and compared it to the 2008 fleet which included many new boats. He says this time the design race is unprecedented.

“This is a pretty amazing fleet,”he said. “There are eight new boats, there are significantly modified older boats that are on the pace as well. I think realistically one of those eight could win the race…and the teams are well developed and way more professional than they have ever been. We all have more knowledge than we have ever had and we are all going further than we ever have so, from that side, it is very exciting.”

Like everyone else in the IMOCA Class Thomson has been battling the impact of the pandemic and made the point several times that, like all his rivals, he has lost valuable time on the water and miles under the keel to help validate design changes and reliability issues.

“I am sure that the top new boats have not reached the top of their development curve yet and I am sure that everybody, if they had a choice, would love to have those miles back,” he said. “It’s one of the hardest things about the Vendée Globe; the start creeps up on you so quickly. You’d love to be able to have more time…”

In recent weeks, the HUGO BOSS team has taken delivery of their V2 foils package from Persico Marine in Italy and Thomson is happy with the performance improvement they have delivered. He says the key has been to stick to the overall design scheme they set out on with the V1s and not be too ambitious with the second iteration.

“There is a big danger of jumping into a completely new concept,” he explained, “you know, different sizes, different weights and I think you can make very small changes to foil packages that can see some very big performance differences."

“I am pleased with the decisions we have made and we do see a difference between V1 and V2 – we can see that – and actually the difference in design is slight,”he continued. “We went for more taper at the tip…there is a slight change to the section, but that is mainly because we wanted something that is a little thicker than what we had before, a little bit stronger and less bendy, and then there are some small changes in how we set the foils up on the boat. They are small differences but already we are seeing some reasonable performance differences.”

Heavy lifting! 💪😎😬😍 . A sneak peek at last week’s 90◦ test of HUGO BOSS, which assesses the righting moment of the boat (and gives us some epic photos to share with you all 😉🤫). #AllezAlex #ThisIsBOSS #testingtesting

Having not taken part in recent events like the Défi Azimut and the Vendée-Arctique-Les Sables d'Olonne, there remains a question about where Thomson sits in the ranking but he sounds confident that he and his team are on the pace. “I feel pretty confident that we are in a good place, the boat is in a good place and I’m in a good place,” he said. “I feel like we are still pulling large benefits in performance and speed and while we are doing this we are also focusing a lot on reliability. The reference has to be last time and I think about where we were last time and the knowledge that we have accumulated over the last couple of years…we are a country mile (ahead) of where we were or have ever been.”

The HUGO BOSS skipper is on his fifth Vendée Globe and you could tell from his many references to Covid-19 that he is very concerned that the pandemic could yet wreck his Vendée campaign. But he paid tribute to the race organizers who, he said, had a very difficult job. “We do have sympathies with the organisers,”he said, “it’s not an easy time to be organising a race, especially a race that can attract hundreds of thousands of visitors every single day.”

Thomson says he tries not to think about winning the Vendée Globe anymore and would prefer to think about it if, and when, he manages to achieve it. He said thinking or talking about winning feels “a little bit arrogant or ostentatious.” But he added: “Obviously, it would mean the world to our team – it sometimes feels like it would validate my entire existence for the last 20 years. Sometimes it feels like that’s the only thing in my life. I won’t ask my wife,” he added, laughing, “but I am sure she feels exactly the same.”

He was asked about food for the race and how many days provisioning he will take. He said the team will probably provide supplies for 75 days. But the race time could be a week quicker. “If I had to make a bet as to what time, and how quickly the boats will go round, I would say 67 days…”