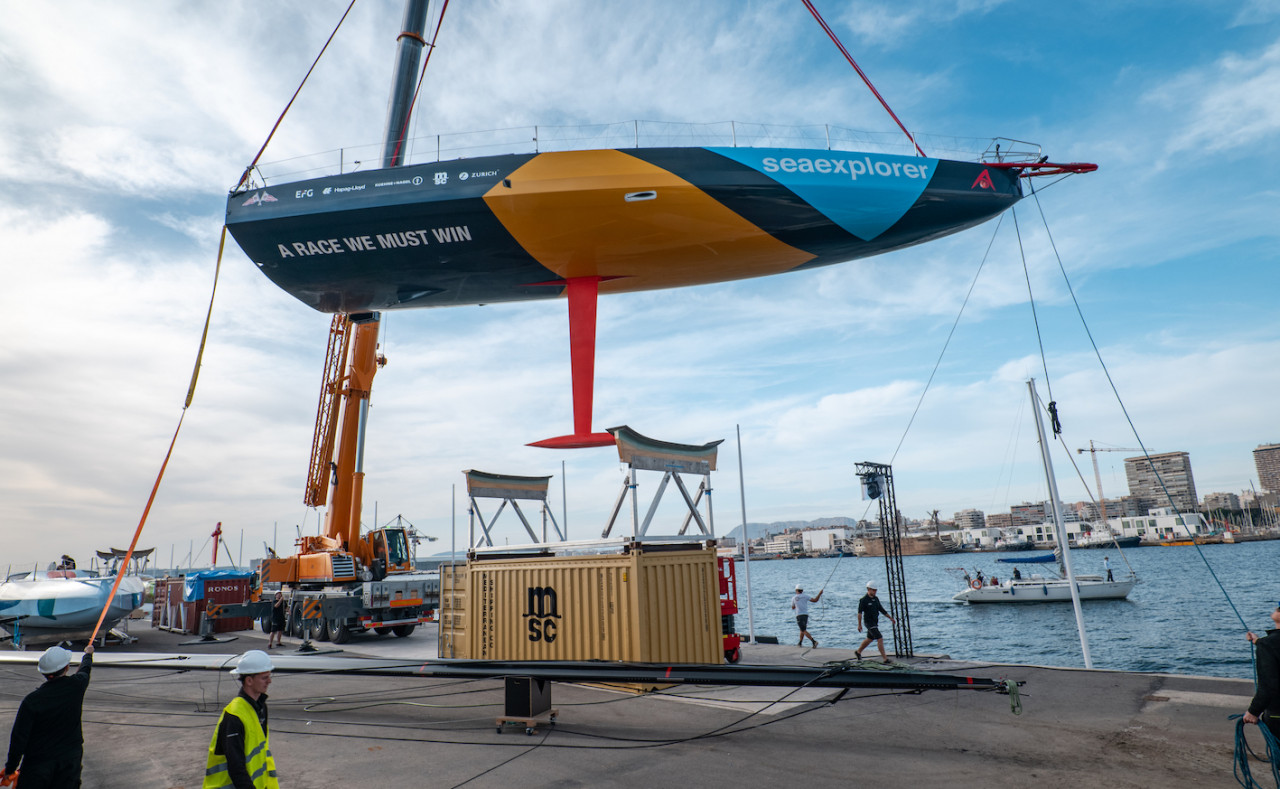 New year, new foils, new round-the-world challenge: we have relaunched our Malizia – Seaexplorer IMOCA yacht after an intense three-week refit. In that short period of time, the technical team was confronted with major challenges and, pulling off a tremendous effort, managed to turn the situation around to finish the boat in time for The Ocean Race.

Team Malizia’s sailing crew arrived from Guadeloupe to Alicante on 12 December 2022, marking the start of a tightly scheduled refit period before the beginning of The Ocean Race 2022-23.

The shore crew quickly proceeded with their long job list in order to check the boat, carry on with some repairs and adapt the boat from a solo to a crewed configuration. However, during an ultrasound check, we soon learned that the foils were damaged and needed to be replaced.

“We are still investigating how this happened exactly but it is really unusual with such new foils”explains Skipper Boris Herrmann. “Luckily, it happened now and not during The Ocean Race. That was a real blow to us. However, we were very lucky and had the opportunity to fall back on another pair of new foils. Normally it takes half a year to manufacture them. All in all, this means an incredible amount of work, the team have done an amazing job and even had to work over Christmas. The new foils are being fitted and adjusted over the coming days. This problem caused a setback to our preparations but the team has pulled together and I think we will come out of this stronger as they have managed to turn this around in such a short amount of time. Now, I am excited to get back on the water with the crew and compete in this amazing race very soon.”

With the boat back in the water and the new foils being fitted this week, the refit is coming to an end. The whole team is now in Alicante and the sailing crew composed of skipper Boris Herrmann (41, German), co-skippers Will Harris (28, British), Rosalin Kuiper (27, Dutch), Nico Lunven (40, French), Yann Eliès (48, French), and Axelle Pillain (32, French), as well as onboard reporter Antoine Auriol (38, French/German), will be back at sea training aboard Malizia – Seaexplorer in a few days time. Excitement is building up on all fronts and the team is looking forward to welcoming visitors and guests from the opening of the Ocean Live Park this Saturday until the start of the race on 15 January 2023.

“We have great activities planned for the public and our partners in the week before the start. From events on ocean health with children from local schools to sustainability conferences, from boat tours to sailing days with guests… We worked on a range of activities to make this week exciting to both visitors here in Spain and our fans online” comments Team Director Holly Cova. “After preparing for months, it is great to finally be here, about to start this great adventure and share it with the public”.