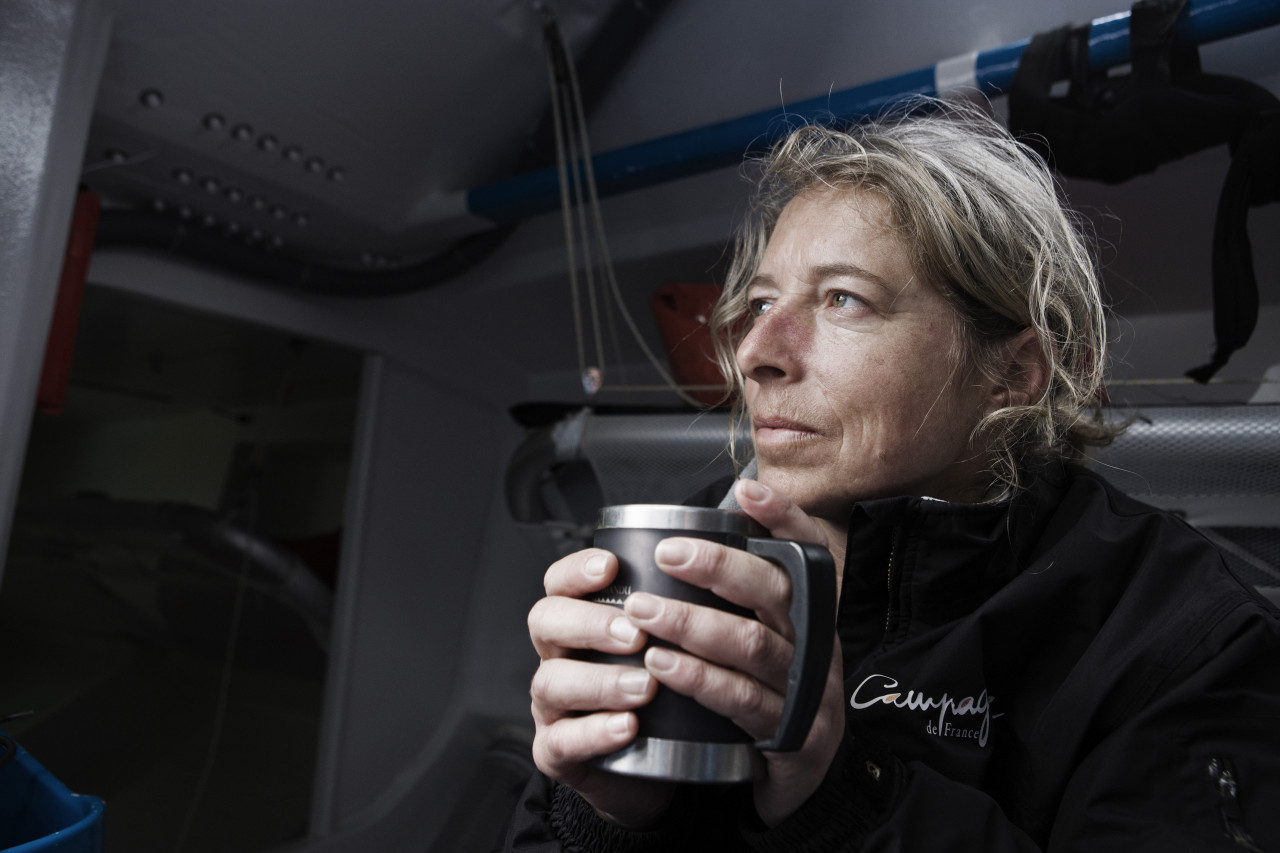 At the end of two long months of confinement, added to nearly 3 months of intense work to fully check her Imoca Campagne de France, Miranda Merron dreams of travel, space and discovery.

Her wishes will be granted in the most beautiful way on the 4th of July, when the most Norman of Britons will set off from Les Sables d'Olonne for a brand new, original and exciting ocean race, the Vendée - Arctic - Les Sables. 3,600 miles (more than 6,000 km) of an unprecedented voyage, heading due North, towards Iceland and Greenland, to latitudes never before used by modern offshore racers, before reaching the more familiar regions of the Azores. A trial gallop for many, a qualifying race for some, this new event, which has come to make up for the cancellations of The Transat CIC and New York - Vendée, for all 22 competitors, comes at the right time to plunge back into this high-flying exercise of single-handed sailing aboard the formidable Imoca class yachts.

"It's great!" Miranda doesn't hide her impatience to find herself alone aboard her IMOCA Campagne de France and in the open sea. "We haven't sailed for some time now (Transat Jacques Vabre 2019 editor's note) and I'm looking forward to getting back on board and being in contact with my boat." The Vendée-Arctic-Les Sables was designed precisely for that purpose, allowing those taking part in the next Vendée Globe not only to validate their qualification, but also for all of them to accumulate the single-handed miles, which are essential to regain control of all the onboard systems after a long winter in a confined yard. "This course is superb," Miranda continued. "We're not going to try to ride ahead of weather systems as we traditionally do in a transatlantic race, but we're going to cross the routes followed by the North Atlantic lows twice, on the outward journey to a point situated at 60° North latitude in the Denmark Strait, between Iceland and Greenland, and on the return journey towards the Azores. (The organisation reserves the right to reverse the course or even move the mark placed in the West Azores depending on the movement of the Azores High) "We should therefore encounter all sorts of conditions, with strong winds and rough seas. A very good test before the Vendée Globe. »

A sailboat inspected and checked from top to bottom.

It is indeed the Vendée Globe, which is already on everyone's mind. The Arctic Vendée - Les Sables is acting as a dress rehearsal, from this start zone off Les Sables d'Olonne, which is identical in every way to the single-handed round the world race, to the validation of the onboard video transmission systems. Campagne de France, Owen Clarke's 2007 design, will start this new summer race towards the polar latitudes in round-the-world configuration. "The boat has been thoroughly inspected from every angle this winter at the V1D2 yard in Caen," explains Miranda. "From the keel to the masthead, from the bow to the stern, everything was inspected and checked and, where necessary, reinforced. Our pilots have been overhauled and made more reliable, as well as the keel, our jacks and the engine. A huge amount of seamanship work has been done by Halvard on our new halyards. The boat and the mast could thus be measured to comply with the Imoca class rules. Our set of sails designed by All Purpose is complete. After the mainsail, solent and staysail received last year, we took delivery of a large gennaker. A small gennaker will be delivered to us for the Vendée Globe. "We still have to make the various onboard computer systems, new computer, new B&G Halo radar and the onboard video system more reliable in race conditions. »

Campagne de France based in Cherbourg, its home port, is the furthest sailing boat from the departure area of the Vendée-Arctique. The sanitary conditions oblige all competitors to spend the night before the start at sea, in order to start directly from the start line without passing through the port of Les Sables. An additional difficulty for Miranda, still accompanied by Halvard, who is hoping to find a berth in Lorient so as not to have a long delivery trip just before the start of a race estimated to last between 12 and 15 days.