Enright salutes Dalin but also hails Mettraux, Meilhat and Escoffier as the IMOCA leaders close on the trade winds 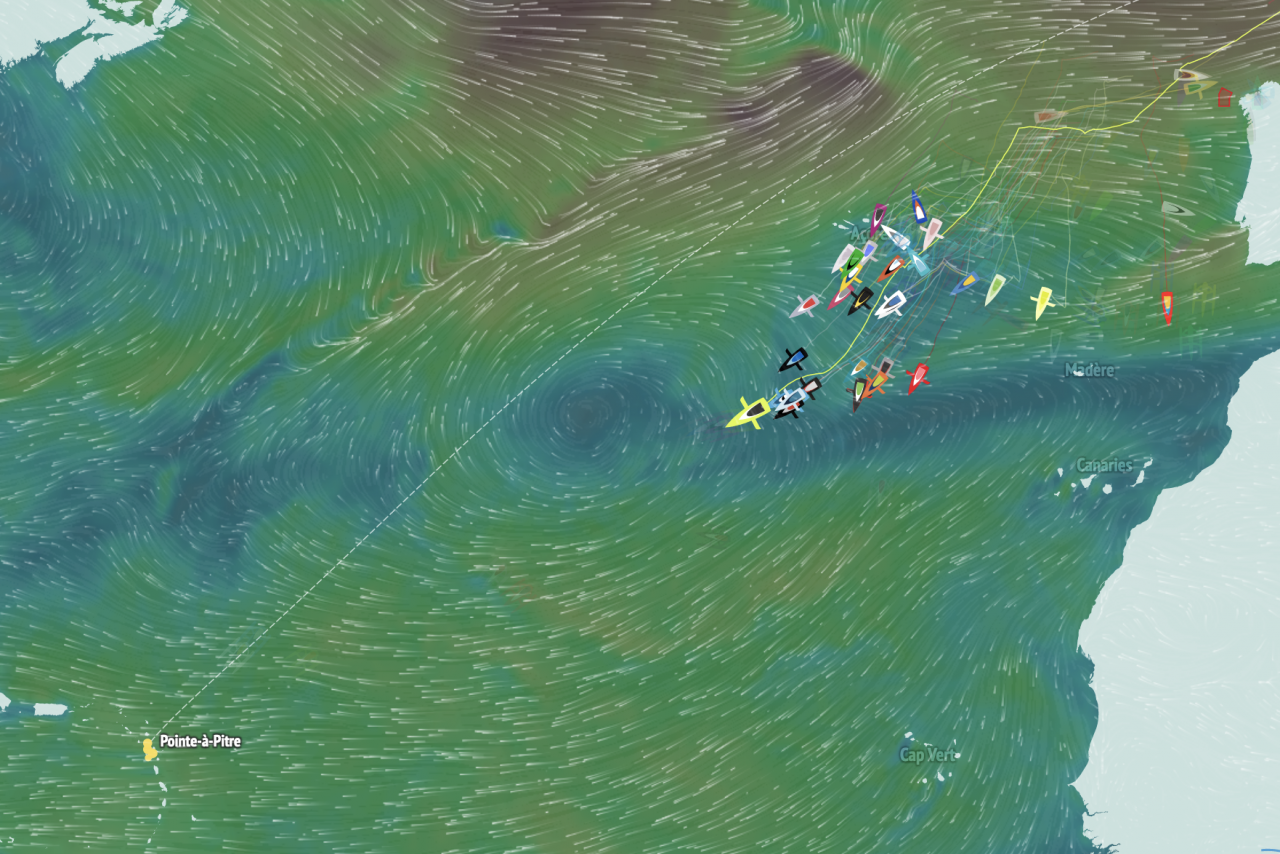 With the leading boats now just a day away from the north-east trade winds, the 2022 Route du Rhum-Destination Guadeloupe will soon settle into a downwind sleigh ride to the Caribbean after what has been a tough opening six days.

Watching the drama unfold from the 11th Hour Racing Team base in Brittany at Concarneau, skipper Charlie Enright has not envied his rival IMOCA skippers who have contended with three active weather fronts as they have made their way towards the Azores.

“If you think about what you might call a normal (autumn) transatlantic, it’s like ‘head west or south and after one front you are into the trades and off you go,’”said Enright who leads the pre-race favourites in the upcoming The Ocean Race. “This has certainly been more complicated than that, to say the least, starting with the delayed race start. Certainly the weather is more atypical and less reliable than it has been in the past.”

The American sailor says it has been interesting to watch how the various teams have coped with the conditions, some in new boats, others in “new” older boats and yet more taking on a solo IMOCA race for the first time. “You’ve got some boats that are proven and some that are figuring it out on the fly – it’s a very interesting mix, not only of conditions but of boats at different stages of life,”he said.

We asked Enright to pick out a few names from the crowd. Of course the outstanding performer so far has been Charlie Dalin who has imposed his authority on this race on APIVIA, much as he has done in all the previous races in the IMOCA GLOBE SERIES this year. Has Enright been surprised by Dalin’s ability to keep all the newer boats behind him? “Based on what I’ve witnessed all summer here in Concarneau (where APIVIA is also based at MerConcept), no I am not surprised,” said Enright firmly.

He says Dalin’s boat has steadily improved in performance throughout its first few years and he also makes the point that all the newest boats – Charal, Biotherm, Holcim-PRB among them – have been designed for consistent speed in downwind conditions in the deep south. “A lot of the design improvements that have been made to the boats, from the 2020 generation to the 2024 Vendée generation, have been geared towards heavier air running in the south, which is something we have not seen, nor will we see, in transatlantics of this nature,”he said.

Perhaps unsurprisingly Enright’s next pick is the Swiss skipper Justine Mettraux who has been sailing an impressive race on board Teamwork (the former Charal 1) in what is her first big outing in solo configuration on an IMOCA. Right now she is thundering along to the north of the group of five boats on Dalin’s tail, in sixth position, and sailing her own race – a course that took her through the middle of the Azores group.

“She’s an awesome sailor,” said Enright of the woman who is bidding to become the first Swiss female skipper to complete the Vendée Globe and who will also be a key member of the 11th Hour Racing Team squad taking on The Ocean Race. “Nobody works harder than Justine – we know that first hand – and we are lucky to have her as part of our team. Hopefully in the next 24 hours she makes hay and catches up that next group of contenders,”he added.

Enright has been watching the skippers and boats that he will be taking on in The Ocean Race and the one that has really stood out is Frenchman Paul Meilhat. He is currently in fifth place and racing his socks off on Biotherm which, as they say in sailing, is “straight out of the box” and was by no means ready for this race.

“I’d say of the group, based on what we’ve seen going into it with the time to prepare and resources allocated, you’d have to say that regardless of where they finish, Paul’s certainly been the most impressive to date,” said Enright. “The boat’s completely unfinished and he seems to be have really good priorities. He doesn’t have time to be distracted or to experiment – all that matters is being focused on the race and you can see the value of that in Paul’s campaign right now.”

Enright is impressed by the steel in 40-year-old Meilhat, who won the last Route du Rhum in the IMOCA Class in 2018 and sailed with Dalin last year on APIVIA. “He’s very naturally talented, he’s logical, there’s no frills, he seems to focus on the right things,” he said. “You talk about what’s he’s done with very little time, and you look at how far Charlie is ahead – and you think of those two on the same boat for all of 2021 – it’s no wonder Paul’s doing so well.”

Another The Ocean Race rival is Kevin Escoffier on the new Holcim-PRB, currently one place better than Meilhat in fourth position, just over 100 miles behind APIVIA. “He’s also done a great job – Kevin’s a ferocious competitor and it’s no surprise, given all the single-handed stuff he did prior to the last Vendée Globe, to see him up there at the front of the pack,”said Enright.

While Enright believes Dalin will reach the trades first and hold position at the front of the fleet, he says this race is far from over and the official race tracker will remain a regular destination on his computer over the next five or six days. He says the trades could give the chasing pack a chance to show their speed in full foiling mode.

"I expect the new boats to perform well in those conditions, but this will probably be offset by the fact that Charlie will get into the downwind phase first. The rich will get richer, and off he’ll go. But that said, if you look at the map, they are only half way there – there’s a lot of race left.”

One element that could yet play a big part is the possibility of a park-up in the lee of Guadeloupe in the final miles of the race, something that Dalin himself talked about before the start. The APIVIA skipper is well aware that the final miles could be decisive and constitute a major element in any Route du Rhum. Reflecting on that, Enright agreed that things could still change at the front. “Yeah, there is still plenty of racing to go, that’s for sure,” he summarised.

With the sinking of Nexans-Art & Fenêtres after an explosion and fire, and the dramatic rescue of her skipper Fabrice Amadeo, there are now 34 of the 38 IMOCAs that set sail on November 6th still racing. The current back-marker is the Swiss skipper Ollie Heer who is on his way towards Cape Finisterre after having re-started on Monday.

Among the rear echelon in this record-breaking entry by the Class, one of the most impressive performances so far has been by the 33-year-old Chinese sailor Jingkun Xu. He is taking part in his first IMOCA race after just two weeks of training on China Dream-Haikou, the former La Fabrique skippered by Alan Roura. Having snared fishing nets off Cape Fréhel and incurred some sail damage, the sailor from Qingdao, who is missing his left arm below the elbow, is still in 29th place, currently 75 miles northeast of Sam Miguel in the Azores and about 560 miles behind Dalin.