Finding sponsors in spite of the crisis 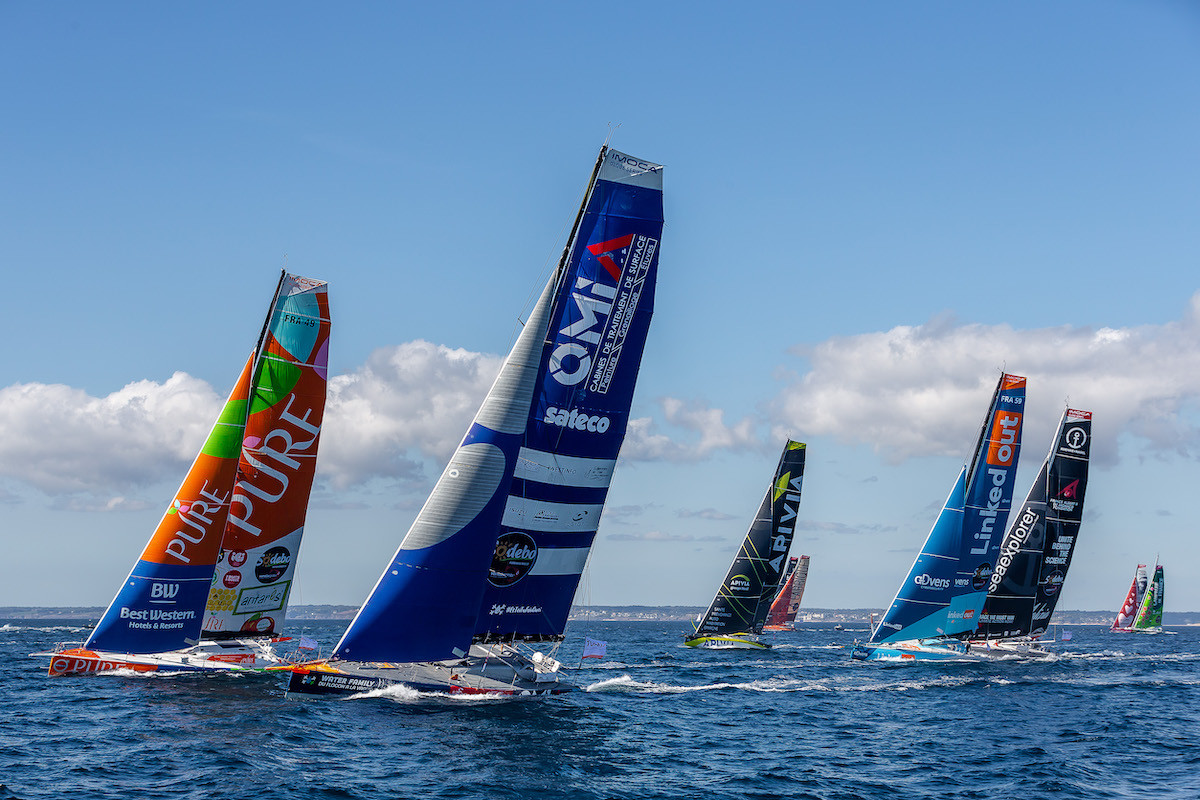 ROAD TO THE VENDÉE GLOBE #2: Given the current public health situation and the economic difficulties that have arisen, there was the fear that some sailors who had not completed their budget for the Vendée Globe might have found it hard to find sponsors. However, some sailors have succeeded to convince sponsors to ensure they have the budget required to compete in the round the world race.

Romain Attanasio (PURE-Best Western): a partnership deal signed in mid-lockdown
For his second attempt at the Vendée Globe, Romain Attanasio found a headline partner - PURE - early on, but kept looking for another one to ensure he could feel relaxed while preparing for his solo round the world voyage. It was at the worst point in the middle of the lockdown that Romain won over the Best Western hotel chain. “The economic situation resulting from the spread of Covid 19 was a particularly stressful period for my team and me,”admitted the skipper. “Getting ready for an adventure as difficult as the Vendée Globe is far from simple when you have to deal with circumstances like these. That is why I was particularly pleased to welcome aboard Best Western.”Hotel chains have been badly hit by the crisis and Olivier Cohn, Managing Director of Best Western, sees in the Vendée Globe an opportunity worth grabbing to relaunch his business: “This sponsorship offers a great opportunity to invite people to travel again and to take them away, as it is such a unique sporting adventure. The Group is proud to be alongside Romain Attanasio whose list of achievements, state of mind and general kindness can but encourage respect and admiration.”

Alexia Barrier (TSE-4myplanet): at the moment when she was least expecting it
Competing aboard the oldest IMOCA in the fleet, Alexia Barrier is one of the six women registered for the 2020 Vendée Globe. In early August, she was looking for 400,000 euros to complete her budget. “Things got moving when I was least expecting, right in the middle of August,”explained the sailor. “I was contacted by one of the directors of the TSE company, which specialises in renewable energy. He happened to come across an article about how I was searching for funding. We met up and TSE invested a total of 300,000 euros. That was a fantastic reward after battling it out for two years, during which I remained convinced that I could do it. The work finally paid off.” This contribution was a breath of fresh air for Alexia and her team. “We had been looking at having to borrow in order to spend any money, in particular to fit a new keel and the situation was far from comfortable. Everything has changed now. The boat is in the Mer Agitée shed in Port-la-Forêt where she is undergoing a complete overhaul to make here even more reliable.”Alexia’s IMOCA will be ready for the Vendée Globe, but the young skipper is still looking for some more funding to complete her budget. It is therefore still possible to climb aboard with her. Meanwhile, Alexia must be pleased to have found a partner that fits in with her project based around the themes of preserving the oceans and education. “Alexia is someone who is very demanding and extremely talented. Her determination and commitment immediately won us over when we met her. That is why we decided to work with her on this ambitious project for the Vendée Globe. Supporting a woman also confirms our commitment to equal rights,” added Mathieu Debonnet, President of TSE.

Clément Giraud (Compagnie du Lit / Jiliti): two sponsors signed up at the last minute
It would be something of an understatement to say that Clément Giraud fought hard to make sure he would be there at the start of the 2020 Vendée Globe. After the fire aboard his IMOCA a few days before the start of the 2019 Transat Jacques Vabre, he won the support of a generous skipper in the class, Erik Nigon, who lent him his boat early this year. Since then, Clément has been busy looking for funding and it was only recently that it all sorted itself out, just as registrations for the Vendée Globe were about to close. Two firms announced they were signing up, La Compagnie du Lit (which was alongside Stéphane Le Diraison back in 2016) and Jiliti.“This is a huge relief. The days were slipping by, but we kept believing, as we are born optimists… so we had already planned the technical and logistical aspects and what work needed to be done. Everything was ready and we just had to push the button,” explained Clément Giraud. “Everything has been extraordinary since the launch of my project and I kept telling myself right up to the end that anything was possible. Today, I cannot hide my pleasure. I am going to be doing the Vendée Globe! It’s down to me to make sure I have a great race.” Now renamed Compagnie du Lit / Jiliti, Clément’s IMOCA is currently in the yard in La Rochelle. Some important work is being done on her so that the boat is well and truly ready for the challenge of the solo round the world race. After this first attempt, which became possible late in the game, Clément Giraud is not hiding his intention of prolonging the project and is already thinking about the 2024 Vendée Globe…

Benjamin Dutreux (Omia-Water Family): “It was starting to get a bit scary”
Benjamin Dutreux also managed to complete his budget right in the middle of the public health crisis, thanks to the arrival of a major, new partner alongside the Water Family association: OMIA, a small business specialising in manufacturing and maintaining spray paint booths. “It’s funny how life never stops surprising us. I met someone just at the right time. Deep down, I was convinced that I would succeed and that we would find someone,” explained the skipper, who can now fully focus on his race goals. “Before this new partner turned up, our situation was far from comfortable. We had problems ordering equipment, in particular the sails. It was starting to get a bit scary. Now, we will be able to set sail aboard a boat that is completely reliable and performs much better. We’re still just a small team and we are giving it our all to be ready in time. We are all working flat out.” The CEO of OMIA, Stéphane Galichet added, “The project took shape in three weeks after a chance meeting in late July in the middle of the health crisis. It was all a bit crazy and completely unexpected, but for OMIA, this is a unique opportunity that we simply could not miss out on. Faced with the cancellation one after another of all the business shows, we had to come up with a strong and innovative solution, which is what we have managed to do. The values that Benjamin and the Water Family association support also encouraged us to become involved in this human and environmental endeavour.”