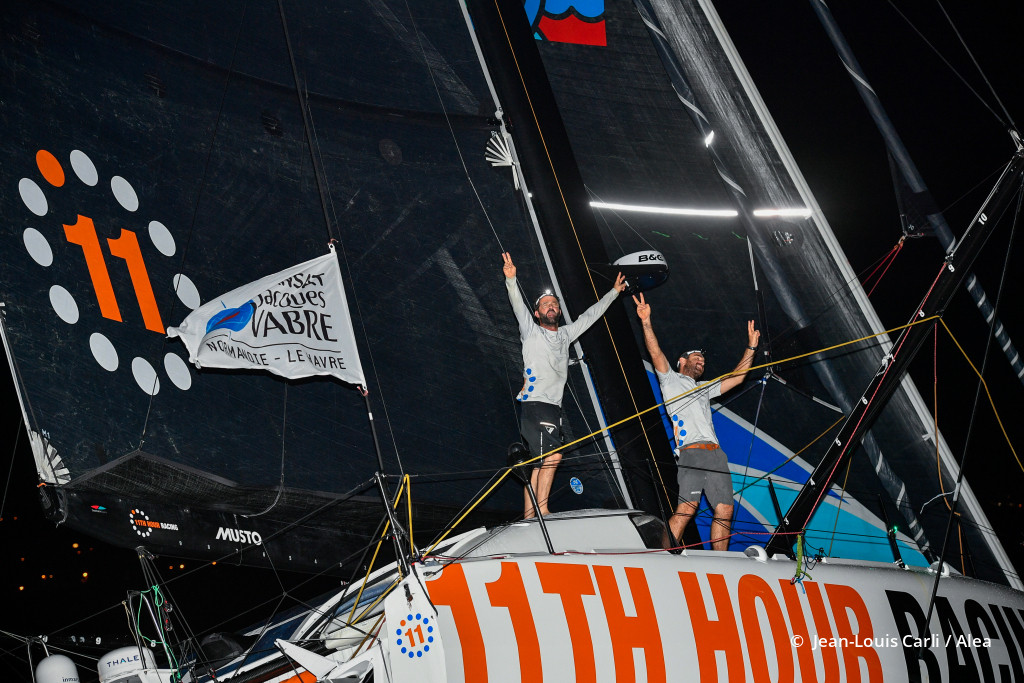 Charlie and Pascal arrived into Fort-de-France after 21 days at sea. During these 21 days they got to know their new boat relatively well, despite the handicapping problem with their keel fin. Their race ended up being slower than expected but did not prevent them from enjoying Malama’s high speeds at the beginning.

Charlie Enright: "It's true that we've been away for nearly 22 days. The last few days were tough, we had to survive, manage the resources on board. We had two races in one. We are proud to have made it this far. It was the first big step in our preparation. We learned a lot about the boat. We talked a lot about the keel fin, but there were a lot of other little problems that prevented us from staying at 100% performance. We tried to solve these to stay in the game for the first few days. I would say it was a difficult first stage.

I think my best memory is now - getting here tonight. Then there were some great moments at sea. We had a lot of difficult moments, but we discovered a lot of things, and we will certainly do better next time. Now that we have done this race, we know that this boat has a lot of potential."

Pascal Bidégorry: “It feels good when it stops. It's been a while since the race was getting painful. These boats are all about fighting on the water and going fast. We didn't give up and even if we were going slower, we tried to find solutions to keep fighting on other levels. We had some small problems on board. We didn't have a head halyard so we couldn't use the J3 and J2 so it was a bit of a problem on a medium to light downwind race.

But despite that we managed to get into the game and be third in Cape Verde. After that moment we started to go slower with the boat and then a few days later we realised that we had lost the keel fairing. At that moment we stopped on the water, it was impressive. So we went into another mode, the one where we had to arrive in Martinique.”