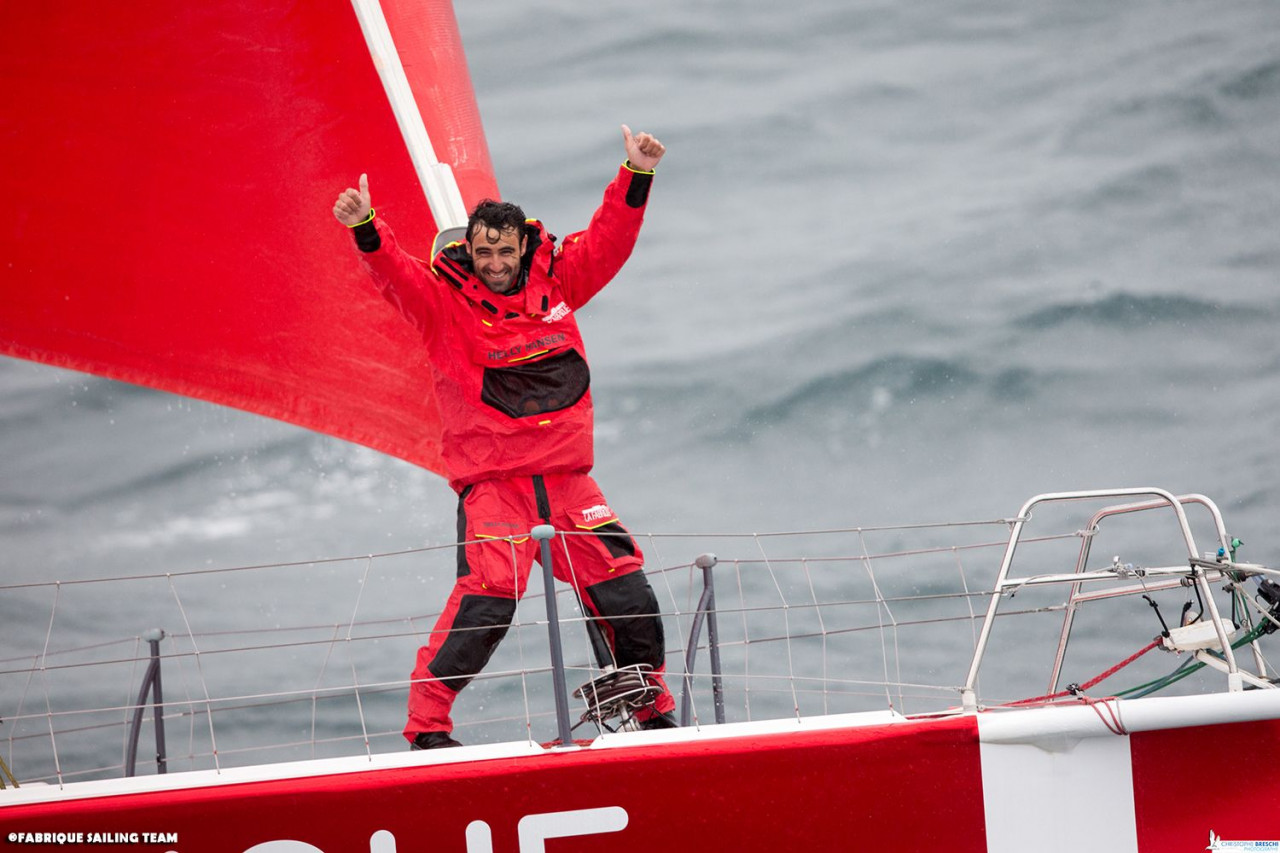 The youngest member of the IMOCA class, who finished twelfth in the 2016-2016 Vendée Globe aboard one of the oldest boats in the fleet, Alan Roura, is moving up a step.

The youngest member of the IMOCA class, who finished twelfth in the 2016-2016 Vendée Globe aboard one of the oldest boats in the fleet, Alan Roura, is moving up a step. Now at the helm of the second La Fabrique, the Swiss skipper took advantage of the 2017 Transat Jacques Vabre to see what changes could possibly be made to his 2007 Finot-Conq designed boat (Armel Le Cléac’h’s former Brit Air, which became Bertrand de Broc’s MACSF). The most striking change will involve the fitting of foils. We met up with him to find out more.

Why did you choose to fit foils to La Fabrique? Can the boat cope with this change?

“Firstly there were financial reasons. After my first Vendée Globe, I wanted to get a better performing IMOCA, but things spun out of control in the second-hand market. We didn’t have the means to buy a foiler from the latest generation. We therefore looked for an older boat with an interesting shape to transform her with foils. Not all of the older generation IMOCAs could be fitted with foils. Ours could. It would be a shame to miss out on that. This Finot-Conq designed boat is not very wide, which makes her good. There are straight lines and she has a big chine at the stern. On the other hand, the way she cuts through the water is very narrow, but that problem should be resolved with the foils. On top of that, I believe it is interesting not to have boats that are seen as throwaway items. There are some good boats there? Getting hold of them, modifying them and advancing is a great challenge.”

Four or five months of work

What is the schedule for this big refit?

“The boat will be entering the yard in January. We are looking at four or five months of work, with her relaunch planned for May or June. I’ll be keeping a close eye on the work. I’ll also be out there keeping my hand in, sailing smaller boats. I’d like to finds someone to sail with on a Figaro in the Transat AG2R. I’m open to offers (laughs). Once the boat is back in the water, we’ll be out there sailing and training to get the boat fine tuned in her new configuration. The main goal this season (2018) is the Route du Rhum. I was forced to retire from this race in 2014 (in Class40, editor’s note) and that is something I can’t put out of my mind. If my IMOCA is well tuned, I could pull off a great result.”

The decision to fit foils came fairly quickly after you bought the boat...

“Originally, we were thinking about this modification for after the Route du Rhum, in early 2019. But it would have been a pity to wait, as the aim of the project is to ensure the boat is 100% ready by the start of the 2020 Vendée Globe, so as to get the most out of her. The Transat Jacques Vabre enabled me to get to know the boat, see what possible changes were possible and they were obvious to see.”

A gain of between 2 and 4 knots when reaching

What gains are you hoping for in terms of performance by adding foils?

“My IMOCA is already fast when reaching (with the wind on the beam) in her current configuration. With the foils, her performance will be even better and we hope to gain between two and four knots in this point of sail. We also hope to make gains sailing downwind at around 130° to the wind. Upwind sailing on the other hand will be affected, so we have a lot of work to do on that. We’ll lose out in terms of performance in comparison to traditional daggerboards. That is unavoidable, but we are trying to reduce that to a minimum.”

What has happened to your former La Fabrique, a legendary boat in the IMOCA class?

“She has been acquired by Edouard Golbery, a former member of the Mini class, who has also sailed on Class40s. The boat is in Lorient and she may well be lining up in the next Route du Rhum. This very sturdy old IMOCA can still achieve a lot. I admit that I feel the butterflies in my stomach leaving this boat behind after completely refitting her. At the same time, I’m pleased that the story is continuing. Superbigou has spent enough time in the yard or on the hard during her life, so she needs to get out there sailing.”