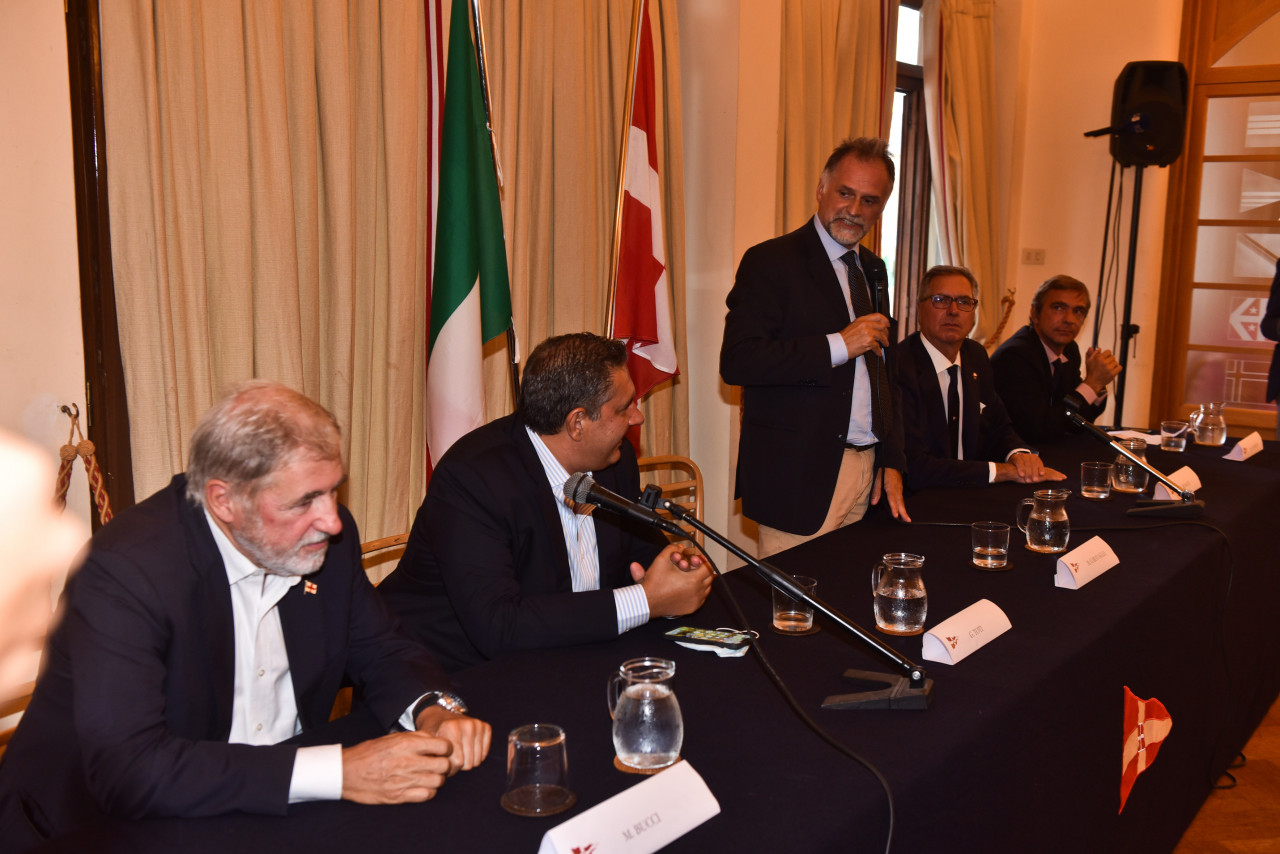 During a press conference organised by the Yacht Club Italiano on Sunday evening, the Italian Minister of Tourism, Massimo Garavaglia, gave his full support for an Italian entry in the next edition of The Ocean Race, scheduled to start in late 2022.

“We have a great opportunity here. The country is restarting and we have the wind in our sails,”the Minister said.

Regarding an Italian entry into The Ocean Race, Minister Garavaglia added, “This is a great initiative for Genova and Italy and the news today is that we will support it by teaming up with the Municipality, the Region, and other interested regions... We believe in it and we are convinced The Ocean Race represents a great showcase and opportunity for our country.”

The goal, he said, is to give Italian tourism a further boost and enhance the Made in Italy brand.

Minister Garavaglia spoke from the Yacht Club Italiano and confirmed government support for the Italia Sailing Team, alongside Giovanni Toti, the President of Liguria Region, as well as Marco Bucci, the Mayor of Genova, which is the host city of the Grand Finale of The Ocean Race in the summer of 2023.

Gerolamo Bianchi and Nicoló Caffarena, the President and the General Secretary of the Yacht Club Italiano, confirmed the Italia Sailing Team will be racing with support of the YCI, adding yet another chapter to the strong heritage of their esteemed Club, the oldest yacht club in Italy and third oldest in the world.

"It's great to have this acknowledgement from the Minister and the Italian Government,”said President Bianchi. “Taking part in The Ocean Race puts us on the world stage once again.

“We'll speak more about the crew for our project in October,” he added.

Richard Brisius, the Race Chairman of The Ocean Race was also on site alongside all the speakers at the Yacht Club Italiano and said:

“Italy is a unique powerhouse and inspiration to the world. When people in Italy come together, they have the strength to move mountains and the passion to motivate people across the world. Here, tonight, together with the Government’s Minister of Tourism Mr. Garavaglia, the Ligurias President, Mr. Toti, the Mayor of Genova Marco Bucci and President Bianchi of the Yacht Club Italiano, this is exactly what has happened."

The YCI and the Italia Sailing Team have been working hard behind the scenes for two years to secure the necessary assets for a proper Italian entry in The Ocean Race. Today's press conference was the announcement of a well kept secret.

“We are honoured to welcome Italia Sailing Team to The Ocean Race family and we look forward to cooperating with Riccardo Simoneschi and the YCI board and management. I raced in The Ocean Race 89/90 under the Italian flag for the YCI, so tonight is also a special moment for me.”

The Italia Sailing Team will be led by team CEO Riccardo Simoneschi and compete in the IMOCA Class. A full presentation of the team is to come.

“It’s a great opportunity and challenge to take on The Ocean Race,” Simoneschi said. “For our team and for the Yacht Club Italiano join in this race means being a part of history."

“We will announce the team and other key information in the coming weeks but we wanted to take advantage of this opportunity, of having Minister Garavaglia in Genova and at our club this evening, alongside all of the other speakers, to confirm our team.”

The Italia Sailing Team will be the first Italian-backed entry in The Ocean Race in more than 20 years.

"When we agreed two years ago to make Genova the Grand Finale of The Ocean Race, we started an important journey,”said Mayor Bucci. “Today I thank the Minister for what has been made official. Our dream has been to see an Italian boat leading into the Grand Finale in Genova and today a first and important step was taken in that direction.”

"I am happy to be here because two places and two moments that are so important for our region are linked: the Genova Boat Show and the Yacht Club Italiano,” said Giovanni Toti, President of the Region of Liguria. “This is a great moment that goes beyond sport and inspires great belief in our region that such an ambitious idea can be born and developed here. Our city and our region is having an exceptional week with the Genova Boat Show and I think it is just the first of many.”

15.09Dalin wants to win – even the speed…Immediately after APIVIA had finished he…15.09Beyou: we can’t sail this time but …Jérémie Beyou is the defending Défi Azim…13.09Mālama and Alaka'i: a tribute to oc…Today, 11th Hour Racing Team officially …13.09Bureau Vallée tests T-rudder!Throughout the summer, Louis Burton and …10.09ALVA YACHTS is building IMOCA for t…With this new racing yacht, German skipp…03.09The Making of IMOCA 60 11.2 - Ep 2 …Dive below the surface of the colorful a…
All news and videos
News