Meilhat: It’s like a dream to do the Route du Rhum and then The Ocean Race 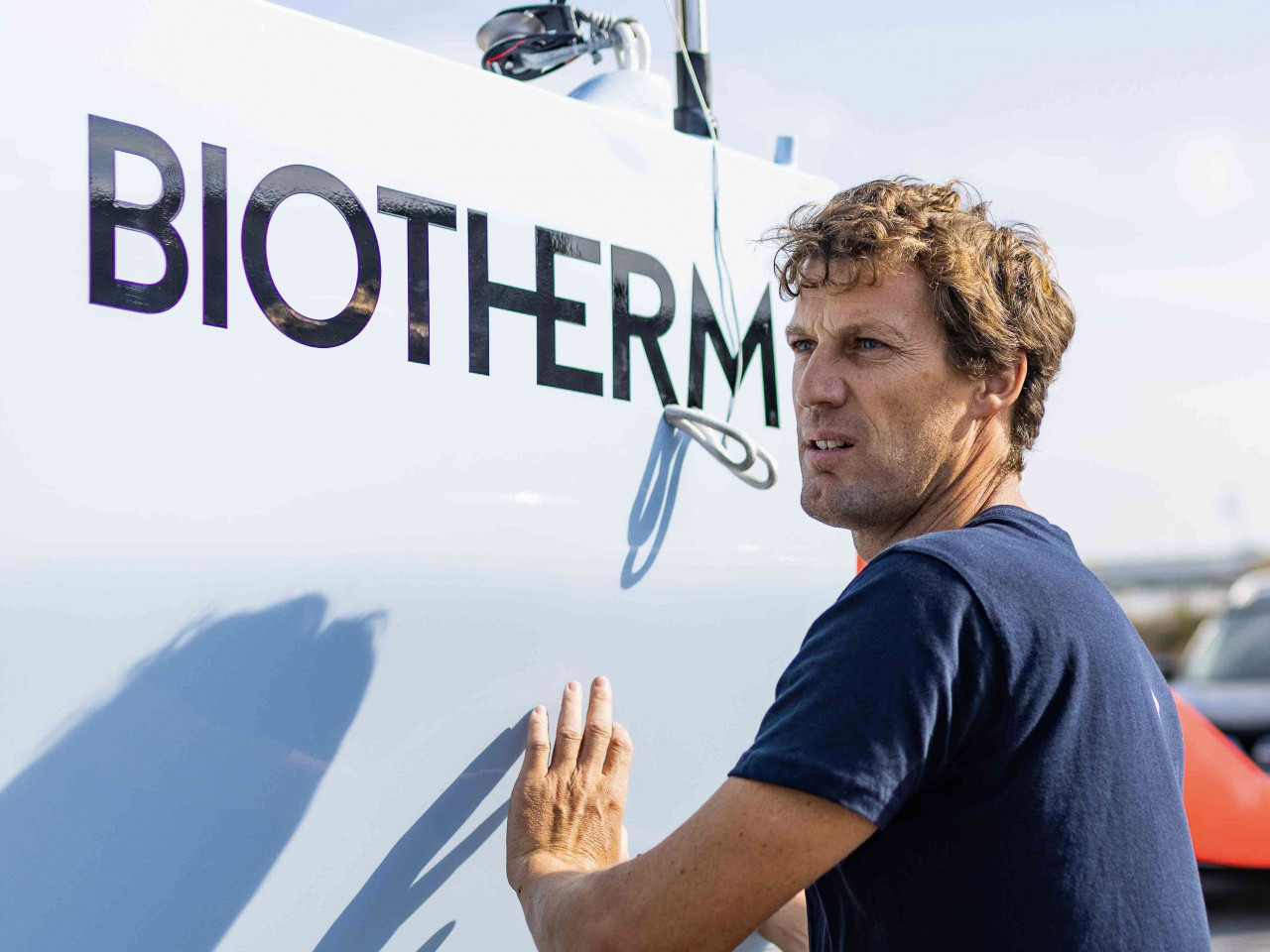 IMOCA skippers are passionate sailors, competitors, businessmen and women, team leaders, spokespeople and increasingly environmentalists. It all adds up to a busy lifestyle, as one race and event follows another in each four-yearly cycle punctuated by the epic Vendée Globe.

If there was a league for the most ambitious, and busiest of all, you would have to place Paul Meilhat high up in the ranking, if not on top of the podium. The easy-going skipper based in Lorient is mid-way through an extraordinarily demanding schedule that combines building a new boat and then – in one frantic eight-month period – racing it solo across the Atlantic and then fully crewed around the world.

The 40-year-old skipper, who is married with two young children, is buzzing with the challenge he and his team have taken on, financed by a four-year sponsorship from the skincare products manufacturer Biotherm. This is that company’s first venture into the IMOCA scene, but not their first association with global sailing, which goes back to their days sponsoring the legendary Florence Arthaud in the early 1980s.

The new blue and white Biotherm foiler, built at Persico in Italy, is now complete and this week she is dipping her toe in the water at Lorient for the first time. Next on Meilhat’s list is the Défi Azimut-Lorient Agglomération, then a 1,200-mile solo Route du Rhum-Destination Guadeloupe qualifier, then the Route du Rhum itself, then the return delivery from Guadeloupe by the Biotherm crew without Meilhat, and then the small matter of the fully-crewed Ocean Race starting from Alicante in January.

Where does he get the energy and drive for all this? “Well, the programme is amazing – it is like a dream to do the Route du Rhum first and then The Ocean Race,” he told the Class, taking a few minutes off on the day Biotherm’s new foils were being fitted for the first time. “To do both these projects is really positive and so we are really happy and particularly proud to launch this boat – and I speak for the whole team.

“We knew from the outset it was going to be a big challenge because we started to build the boat in December and now we are early in September and we have it in the water, so it’s crazy,” he continued. “We will install the second foil today and probably at the end of the week we will have the first sea trial and the first sailing.”

Meilhat, who enjoyed some superb performances racing alongside Charlie Dalin on APIVIA last year, is relishing what is his first new boat in a long career. And the build was a challenge in itself that he had never considered before. “You can’t separate the construction phase from the four-year project afterwards,”he said. “I think it was an achievement to launch the boat and now a new story is beginning and we are really happy in the team – I feel the energy in the team.”

Of course recent experience with newly-launched IMOCAs suggests that they can take months – if not years – to reach their full potential and new boats often experience glitches in their early days that can end race involvement. Meilhat is fully aware that he is taking on an ambitious schedule and is ready for setbacks. In fact, he said there are already one or two “issues” that need to be sorted out with the new boat, but he did not go into detail.

“The key is to be really pragmatic and not devote energy on details and just focus on what is really important,”he explained. “That’s the first thing. Afterwards it is important that we are not too ambitious about results. When we launch the boat we will have to be patient. And we have to be confident and try to save our energy, because we know already that we probably have some issues, and things never happen as you expect them to – so we need to be flexible and try to take good decisions.”

In the Route du Rhum, which he won in the IMOCA Class in 2018, Meilhat says he has no objective other than completing the race. “We are just happy to take the start,” he said. “We will do our best and for me the opportunity to do the race is just amazing. I am a competitor but, for me, this Route du Rhum is almost like the first leg of The Ocean Race – the only difference is that I will be alone on the boat. For me the next eight months is like one big race…”

The new boat is based on the molds of Thomas Ruyant’s LinkedOut, but with a refined bow treatment designed to maximise performance downwind in the Southern Ocean, a new rudder system and a re-modelled coach roof, among other modifications. It is the product of an interesting design challenge because the boat needs to be competitive and practical as both a single-handed vehicle and a crewed platform for The Ocean Race.

While the fully-crewed classic, which Meilhat will tackle with a multi-national and mixed gender team, is the big focus in the short term, the long term goal is all about the Vendée Globe. In the 2016/17 edition, the then SMA skipper was running in third place in the Southern Ocean when he was forced by keel issues to retire and head for Tahiti. But his performance was enough to put a marker down and remains enough to make him a serious podium contender in the next race in 2024. And he believes his new boat will be competitive against all the other new designs that will be on the startline in two year’s time.

“I think we chose to make a simple boat in quite old molds,” he explained. “But the idea is to sail more than the others and to make maybe a stronger boat and maybe a simpler boat. So I am quite happy about the choices we have made.”

The sponsorship by Biotherm is another aspect of Meilhat’s sporting life that he is particularly enjoying. He says the sense of a joint beginning with the company on a four-year project is enormously exciting.

“It is nice because we are starting the story together and I love this challenge,” he said. “The brand is discovering the IMOCA world and we are growing all together – the boat on one side and the knowledge of ocean racing on the other. We have a lot of passion together and we built this boat together and so this story is just being created every day,” he added.