Mermod: The Vendée Arctique – an important and necessary race for the IMOCA Class 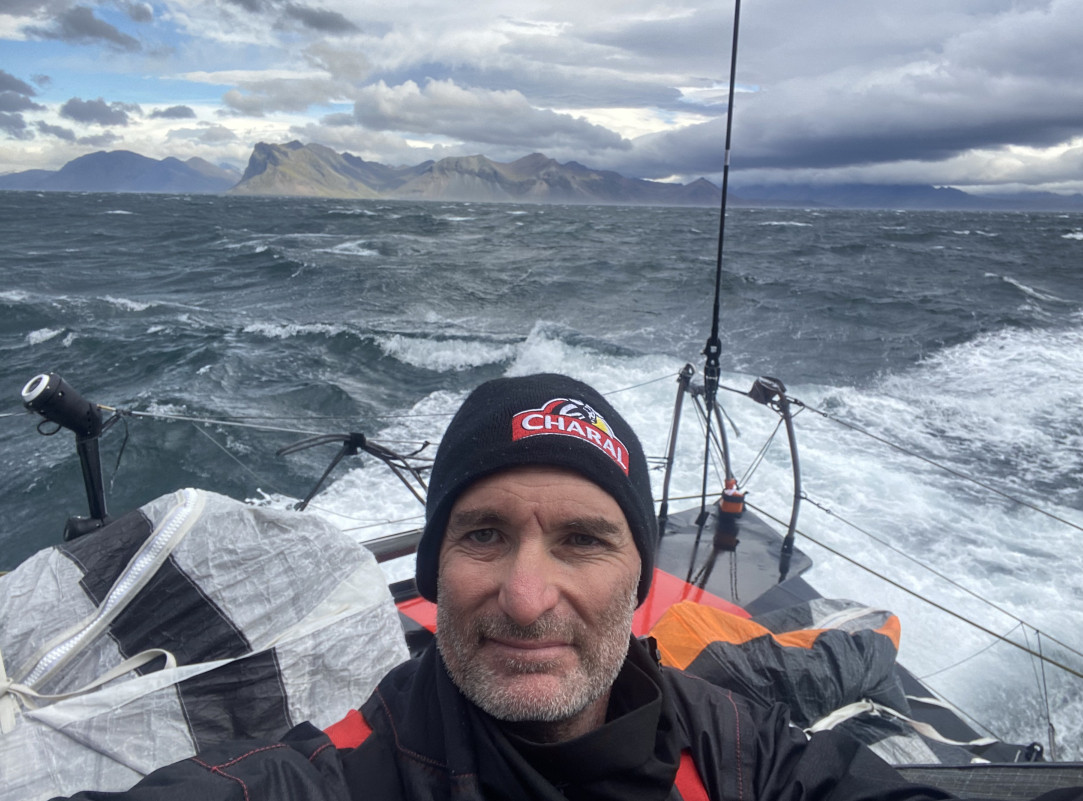 As the skippers continue to make their way back to the French coast after the early conclusion of the Vendée Arctique, Antoine Mermod, the president of the IMOCA Class, has expressed his enthusiasm for a race that he believes is here to stay.

The second edition of what was originally a 3,500-nautical mile trip around Iceland and back to Les Sables d’Olonne, saw the course being shortened by race director Francis Le Goff because of a dangerous depression in the north Atlantic. It was then “neutralised” at a virtual gate off the east coast of Iceland before the decision was taken on Saturday not to re-start it.

This meant this unique contest was won by Charlie Dalin on APIVIA, with Jérémie Beyou second on Charal, with Thomas Ruyant third on LinkedOut. Behind them four sailors – Manuel Cousin, Isabelle Joschke, Arnaud Boissières and Denis Van Weynbergh – decided to abandon the race, the last three within 50 miles of the new finish line. Several others suffered damage to their sails or deck gear, but managed to continue to the finish, with 20 of the 25 starters completing the shortened course.

Mermod believes this sort of challenge is important for a Class which is defined every four years by the solo round-the-world Vendée Globe. “I think it is a very important race for us because the goal of our boats and of our projects and skippers is the Vendée Globe,”he said. “They call it the Everest of sailing and if you want to climb Everest, you have to be ready, both sailors and boats and the teams that support them.”

Mermod says the Vendée Arctique replicates some of the toughest conditions of the Vendée Globe and simulates the challenges that sailors will tackle in the southern ocean. “How do you prepare for that?” he asked. “We can’t do the Vendée Globe before the race itself as a training exercise, so that means every four years we need to simulate the challenge of that race and what it could entail."

“The most difficult aspect to simulate is the extreme weather of the race,”he added, “the storms, the unknown, the cold and the unexpected when skippers have to deal with all sorts of challenges. That’s why the Vendée Arctique is an important race because of what sets it apart from the transatlantic speed races in the trade winds and through the Doldrums.”

The IMOCA Class president also said that he was impressed with how the skippers coped with violent wind and sea conditions, with some seeing more than 60 knots across their decks as the depression intensified south of Iceland. Again he believes this is a good sign for the next Vendée Globe when the same sailors will face similar conditions often hundreds of miles from safety.

“We are very happy with the way they dealt with it,” said Mermod. “The conditions were very strong, especially for the back of the fleet where some of the skippers from the smaller projects were to be found. We had no major failure on any of the boats and it seems that although the skippers faced extreme challenges, they managed to do their best and most of them found a way to cross the finish line.”

Mermod said that it was great to see the IMOCA fleet get closer to Iceland this time than during the inaugural Vendée Arctique in 2020, when the course was shortened before the sailors had a chance to see the Icelandic coast. “We are very proud to have seen the Iceland coast because two years ago we had the ambition to go further north, but we were not able to get close to the coast. This time we saw the boats and the mountains and the ice which was spectacular for our fans. We did not manage to go round Iceland, but we were closer this time than last time,”he said.

Amedeo said ocean racing is never an exact science and it is impossible to predict what might happen once sailors cross the startline. “Yes, we failed to sail around Iceland, but isn’t failure inherent to any adventure?”asked the skipper and journalist. “And what an incredible adventure for me to go through this storm and those 65-knot gusts. What an adventure to see Charlie (Dalin) and Thomas’s (Ruyant) boats at anchor in an Icelandic fjord. What an adventure to return to France after having taken our racing machines up to 64 degrees north, to Iceland.”

Another to comment was Benjamin Dutreux who finished in 11th place on GUYOT Environnment-Water Family. “I think the Vendée Arctique is a race that is well-conceived,” he said. “It is superb because we never go up there, maybe for the reasons we’ve seen, but that’s what makes adventure stories pretty cool.” Dutreux. “It’s an event that allows us to test the boats in depressions that we only encounter in the Vendée Globe,” he said.

The Swiss skipper Alan Roura, who made it to the finish in seventh place on Hublot, painted an amusing picture of the world’s top solo sailors passing the time in the lee of the Icelandic coast, waiting for conditions to improve. “We had a fleet of IMOCA zombies off Iceland,”he said, “listening to music on their boats and watching movies. But all the boats were in one piece – that shows the preparation of these IMOCA sailors.”

Mermod also said this season is shaping up to be a fascinating one, as six new boats prepare to hit the water in the run-up to the Route du Rhum-Destination Guadeloupe, marking the beginning of the “2024 generation” era of IMOCAs.

“It is very exciting to see what they have invented under the latest iteration of the Class rule,”he said, “because these are the first to be built under the new version. In the four-year cycle, we are now jumping to the second part in which we will have the 2020 boats racing against the boats for ’24 and that marks the real start of the contest for the next Vendée Globe. Little-by-little, we will start to see the new designs racing against the reliable boats from 2020 which is going to be very interesting.”