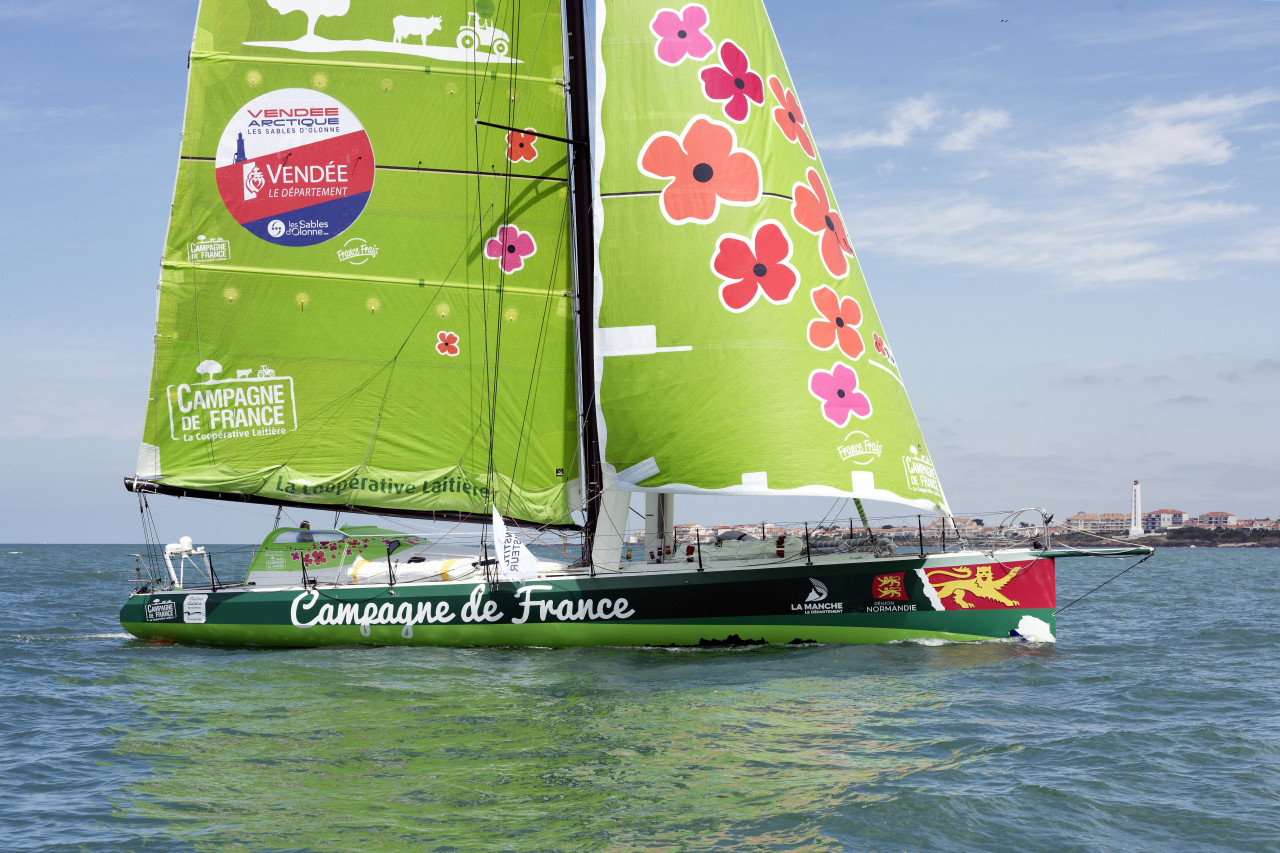 Miranda Merron covered 3,099.38 miles at an average of 10.85 knots, which equates to 9.83 knots along the theoretical course (2,807 miles). The Briton finishes 17th in the Vendée-Arctique- les Sables d’Olonne, 1 day 16 hours 24 minutes and 39 seconds behind the winner Jérémie Beyou on Charal.

On her 2006 Owen-Clarke design, Miranda Merron rounds off the Vendée – Arctique – Les Sables d’Olonne. Bringing up the rear, Miranda had done very little sailing due to the lockdown so her main focus was on getting a feel for her Imoca, testing and checking all the systems, as well as trying to feel in harmony with her steed, all without suffering any major damage due to her small budget. The 51-year-old has pulled that off today and feels happy with this test run and the fact that she’s managed to get her boat home in good condition. Next stop, the Vendée Globe!

"I’m very happy to be here at the race finish. I was supposed to finish this morning, but there was less and less breeze so I was delayed. To be ranked, you have to finish, so I’ve fulfilled the remit. The second goal was to get in some training and that’s job done too. I couldn’t see myself setting sail on the Vendée Globe without doing a race like this beforehand.
Things were going pretty well before the Gallimard waypoint, then on the approach I was on the wrong side of the wind shift. I knew I had to tack and all the grib files said that the wind was going to kick back in and it did. However, the wind was horrible. It went from 12 to 20 knots and it was much denser. Added to that, it was a zone of high pressure so it was very fickle. It was impossible to know what sail to carry. My two autopilots weren’t playing ball either, so it was complicated to manage.

Three days ago, I made a mistake. I was working flat out the whole night, I didn’t sleep and I made up a lot of miles, but the following day I lost them all again due to my fatigue. You really have to sleep.
We’re heading back to Cherbourg now. We’ll do a little bit of sailing and we’ll haul the boat out in August to complete a few repairs in the hope of getting in some more sailing in September."

02.12A bittersweet arrival for 11th Hour…A dismasting, a damaged keel and a 13th …01.12An adventurous ride to MartiniqueDespite little time for preparation the …29.11Hard racing till the endDespite a small pulley breaking the duo …29.11A beautiful edition in a two year s…Reunited at sea, Eric and Clement took t…29.11Learning the ropesThe wind came into Martinique late into …29.11The match until the lineTime for Oceans crossed the line on Mond…
All news and videos