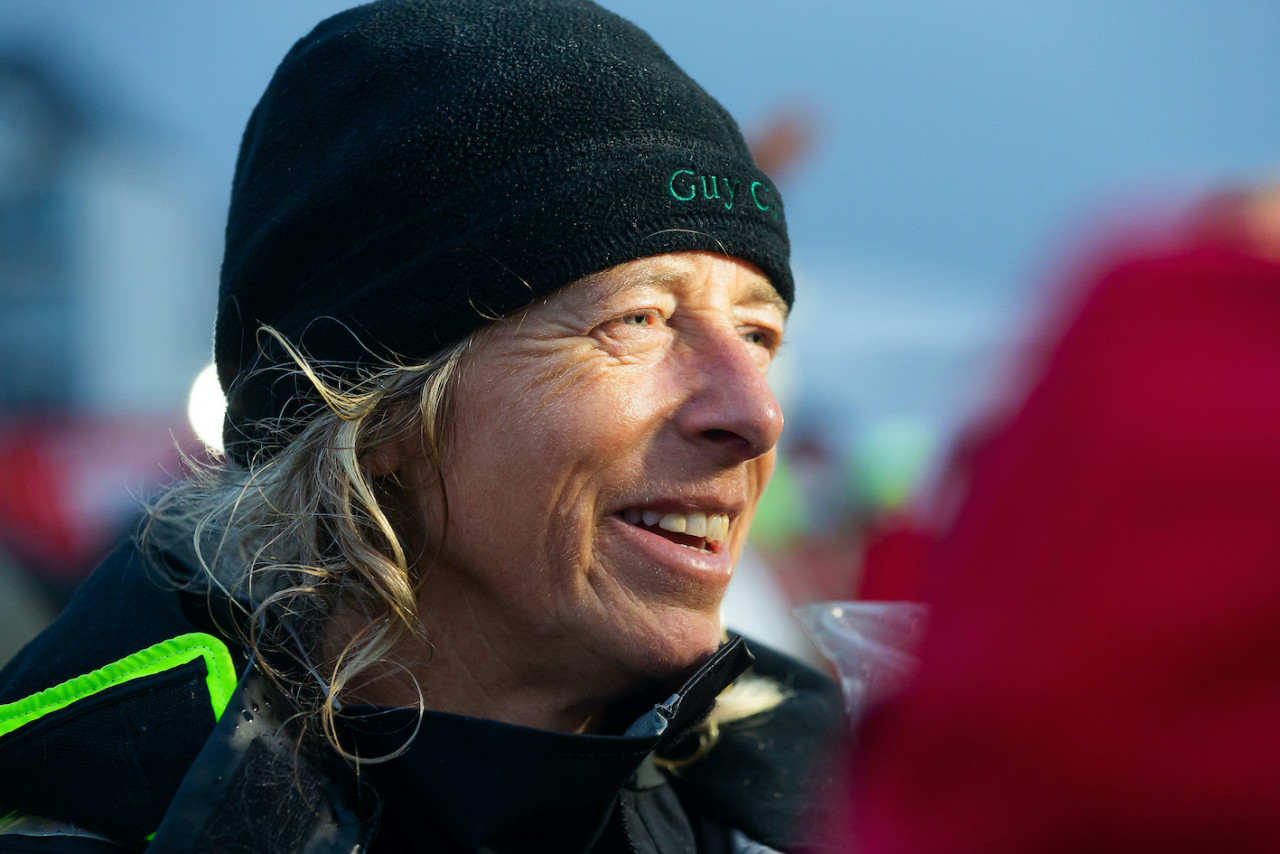 The British navigator Miranda Merron has strong racing instincts, but budgetary shortcomings meant she could not sail this edition of the solo round-the-world race near the front of the fleet.

Instead Merron produced a measured and solid performance in the lower reaches, finishing 22nd on Campagne de France, an Owen-Clarke design originally launched in 2006 and since raced under the colours of Temenos, Mirabaud and Great American IV.

Merron is among the most thoughtful of solo sailors – a racer, a navigator and a traveller who revels in the opportunity to sail in parts of the ocean most of us wouldn’t dare to take on and will never experience firsthand.

“I am incredibly lucky to sail through waters, especially in the south, where there is incredible light, and wildlife and it is very remote. I have huge respect for nature and you are not there by right – you will be lucky to get through, it is just humility and respect. On land I think we take everything for granted and we abuse our seas and fish, but at sea you are very vulnerable,”she said.

It’s a pity that Merron has already decided she will not write a book about her Vendée Globe because she clearly has a lot to say. (She says instead there will be a small film…) Here, for example, is her memorable description of the high point of her 101-day voyage, the moment she passed Cape Horn, with the southern tip of South America lit up in sunlight. The fascinating aspect of this, is what she says about sense of smell.

“It was just magnificent,”she told the IMOCA Class. “I rounded quite early in the morning. A big line of squalls went through on my last gybe and then it cleared a bit and I could see Cape Horn through the rain. Then it was blue sky and I hadn’t seen such flat seas and I passed close to the islands just northeast of Cape Horn."

“And I could smell damp earth and it was just divine,” she added. “It was the first land I had seen in 69 days and there are no smells at sea, beyond whales and fishing boats’ diesel and the smell of ships. But beyond that there are no smells. Obviously myself and my boat smell of roses all the time, and so, when you have that incredible smell of damp earth, it is just bewitching and you breathe in great lump-fulls of it.”

Outside France would-be solo sailors marvel at the way French companies offer backing to single-handers – especially ones on low budgets who are not going to win races. This sort of sponsorship support – even at modest levels – is hard to find in Britain, for example, where solo sailing has a much lower profile than in France.

Merron’s relationship with Campagne de France is a classic example of a modest programme that highlights a company that French people come across every day in their supermarkets and on the kitchen table. The link between sailor and sponsor has placed Merron – who divides her time between Normandy and Hamble on the English south coast – at the heart of French rural life.

That’s because Campagne de France, which produces milk, butter, cheese, fromage frais and yoghurts, employs 5,000 people in rural areas and supports more than 800 dairy farmers. And that is why Merron found herself dancing with a man dressed as a black and white dairy cow on the dockside in Les Sables D’Olonne at the finish. (Typically the self-effacing Merron was concerned about the man in the cow-suit: “I did know I was going to dance with a cow,”she said laughing, “and the poor guy in the suit had a very good sense of humour.”)

The 51-year-old Englishwoman who was educated at Cambridge and gave up a career in advertising 30 years ago to take her chances on the high seas, enjoys this aspect of her responsibilities as a Vendée Globe skipper and says her strongest connection is with Normandy, an area of France, she points out, with strong connections with Britain.

“They all find it extremely inspiring,” she says of the Normandy farmers, many of them working husband-and-wife teams. “But I find their extreme hard work, day-in, day-out incredibly inspiring. I just consider myself very luck to be the one that got to do the Vendée Globe and get back safely.”In the coming weeks and months Merron will be giving talks to farmers, schools and other sponsor-related groups as she fulfills her side of the sponsorship bargain.

Merron is always keen to pay tribute to her sailing and life partner Halvard Mabire, without whose efforts and support she says she would never have got to the startline in a boat that stood up to the rigours of the voyage extremely well under Merron’s careful management. “We wanted to get married last year,”she revealed, “but Covid put paid to that and some of our family would like to be there but we are all spread apart.”The aim is to try and tie the knot this year instead.

Merron was delighted to have got round a course that featured far-from ideal weather conditions, with a time that bisected the boat’s previous two reference times – 90 days for Swiss skipper Dominique Wavre in 2012-13 and 107 days for the American sailor Rich Wilson in 2016-17. She said she struggled to settle down going south in the Atlantic but then found her rhythm in the southern ocean.

She highlighted an issue that few IMOCA skippers talk about – the strange sensation of being out on the ocean on your own, but knowing that thousands of armchair sailors around the world are watching your every move and often thinking they could do better.

“If you decide to do something on board,”she continued, “no one on land knows that you have an eight-metre cross sea and coming into the finish, for example, I just couldn’t gybe – I couldn’t go north, even though that might have got me in eight hours earlier, because it was far too dangerous and nobody on land knows that.”

Another unique stress for Merron was sailing the course without full insurance. Her boat was covered for third party incidents, but if it had suffered serious damage or been lost she would have had no recourse. For Merron and Mabire this was a calculated risk because the premium was too expensive, given the overall budget they had. Merron found this hard to cope with at sea. “The nagging thought was always there in the back of my mind,” she said. “It was a gamble and hard work and I wouldn’t do it that way again.”

Like all the finishers in this race Merron – who is already thinking about going back to Class 40 racing – is finding it difficult to settle back to the ways of life on land. “I don’t know what I am going to do now,”she said. “I need a few more days to realise that I have sailed round the world on my own. At the moment I am interested in eating and being clean and enjoying hot showers. Two hours after the finish, the pressure is off, the adrenaline stops and everything starts hurting.”

We asked her what advice she would give to young sailors dreaming of the Vendée Globe. “Anything is possible,” she said, “but it is very hard and you have to be prepared to eat a lot of pasta.”