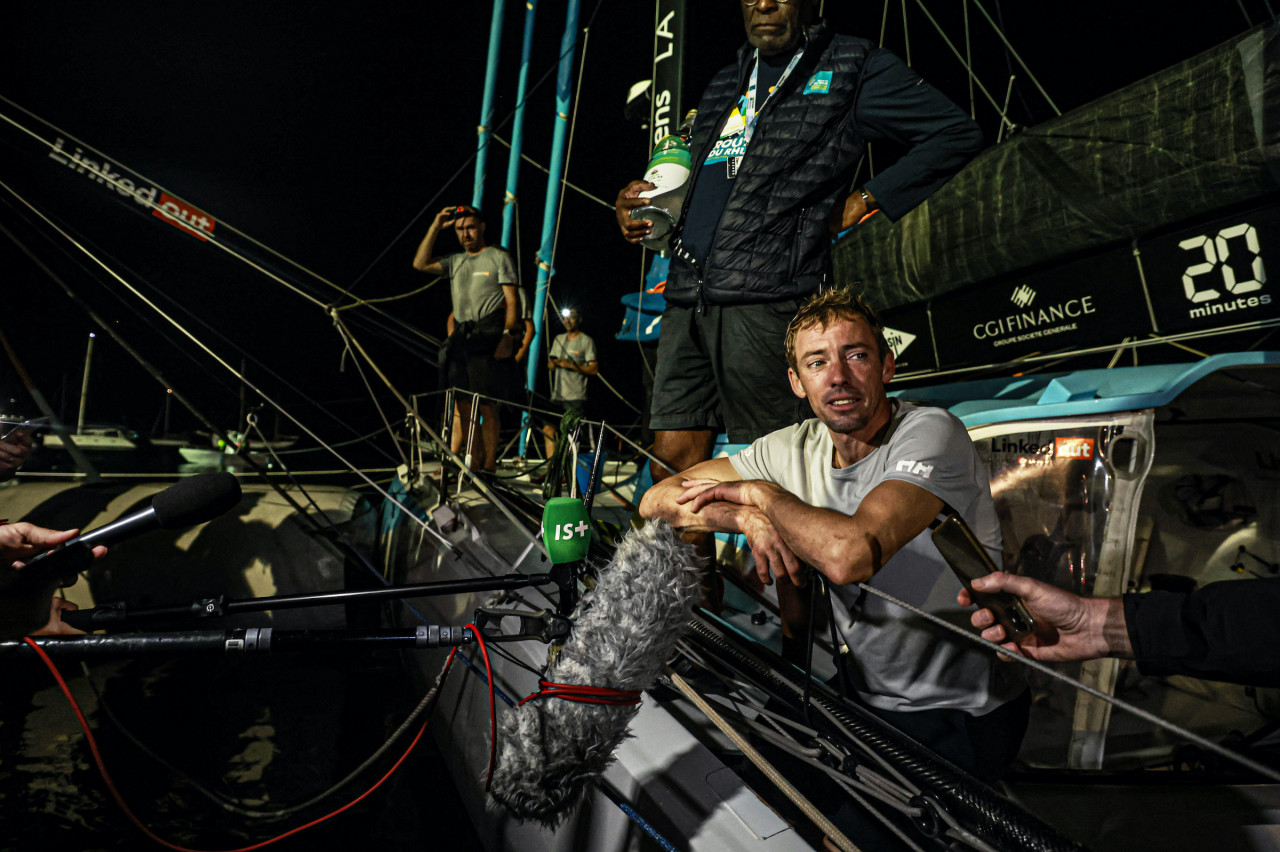 After a compelling duel with Charlie Dalin, Thomas Ruyant on board LinkedOut completed his second consecutive victory in the IMOCA Class on the Atlantic racecourse, with a stunning win in the Route du Rhum-Destination Guadeloupe.

Ruyant started the race among the favourites, but had to play second fiddle to the APIVIA skipper for the first nine days before finally overhauling his rival with just over 1,000 miles to go, as the two boats flew downwind towards Guadeloupe.

In the end Ruyant reached the finish line off Pointe-à-Pitre just over two hours ahead of Dalin, to follow his victory over Dalin and Paul Meilhat in the Transat Jacques Vabre last year, alongside co-skipper Morgan Lagravière.

Ruyant completed the Rhum course in a new IMOCA record time of 11 days, 17 hours and 36 minutes, that is 11 hours and two minutes quicker than the previous fastest time set by François Gabart in 2014.

This win marks not only an historic “double” for the 41-year-old skipper from Dunkirk, but also his second win in the Route du Rhum, after his victory in the race in the Class 40 division back in 2010.

The LinkedOut skipper reached the dock in the early hours drained and exhausted from the battle he had fought with Dalin, first upwind and then downwind when the tables were turned in Ruyant’s favour, mainly by virtue of a faster foil package.

He said he never gave up hope of overtaking Dalin, even when APIVIA was a long way ahead of him over the horizon. “Even when Charlie was almost 100 miles ahead, I never thought it was dead,” said Ruyant. “It’s 10 days of racing, five or six of which were downwind. I said to myself that we had to pull out all the stops and find the right route and go fast – go fast on the right route.”

And that is exactly what Ruyant did, demonstrating again his tenaciousness and toughness on a voyage when he hardly slept and that started with a tough upwind slog. By the finish he was quite emotional about the biggest win of his career.

“This victory is special because of the commitment we all put into it,” he said on the dockside. “I can’t find the words because I am really burnt out. I didn’t sleep much in the last 36 hours and not much during the whole race either. It was a really tough race and in order to get to the front, I had to keep going. I simply had to be in the lead in this Route du Rhum-Destination Guadeloupe,” he enunciated with big smile.

“I’m emotional of course,”he continued. “A Route du Rhum is a monument of ocean racing, of sport, and we had an IMOCA class with 38 boats at the start and some great sailors. I am a competitor and I really wanted to win this one. I had a very strong desire to do well, also because this is my last race with this boat.”

Ruyant made it clear that this was a success built on a team effort. “I put a lot of energy into it, but it’s also a whole team behind it,”he said. “We spend time together with this great team. They are loyal, they have been following my projects for a long time; it’s a real team sport and here I have scored the goal. I’m looking forward to sharing this with them.”

The LinkedOut skipper said the second half of the race was a like a dream for him as he put the hammer down on a boat that is super-quick sailing deep angles downwind. He managed the squalls and variable wind strengths in the trade winds without a mistake and pushed his intensity level higher when he needed to.

“I was able to go fast with the boat and when I passed Charlie I felt he was going to another level, a higher level, and so I did the same. It wasn’t easy and I’m happy to have arrived because it’s not a pace you can keep up in the Vendée Globe – it was really a sprint,” he said.

Fortunately for him, Ruyant was not trapped by calms as he sailed the last miles around the coast of Guadeloupe. But he admitted that he was so tired during those final stages that he started to wobble on his legs.

As he mentioned, this was Ruyant’s last outing in his 2019-vintage superbly optimised Guillaume Verdier boat. In January he will take delivery of his new racer – a Koch-Finot-Conq design – that he will use in the next Vendée Globe. Like everyone else, Ruyant has been wondering whether the new one will be faster than the old one.

“This is a boat in which I have sailed many miles, with which I completed my first Vendée Globe, a first victory with Morgan Lagravière last year which gave me a lot, and now a victory in the Route du Rhum. It’s magical – I don’t know if I can give it to anyone else,”he added laughing. “I hope the next boat will give me all the satisfaction because this one is really strong.”

This win is another success to follow the disappointment for Ruyant in finishing only sixth in the last Vendée Globe, despite having been among the leading trio for most of the race. It also reflects the improvements the LinkedOut skipper has made, especially with his downwind technique, as a result of sailing with Lagravière last year.

But while he and his team will enjoy this win, it is clear that the focus is on the next Vendée Globe. Alexandre Fayeulle, the CEO of Advens, the team’s main sponsor, said: “This victory is an exceptional, immense performance by Thomas because the field is exceptional. I am very happy because Thomas is a very talented sailor – he is a champion. It’s a great double win for us after the Transat Jacques Vabre last year and he deserves it – it puts him at the top of the Class and that’s great and it also bodes well for the next Vendée Globe.

“This is a project that will continue to grow with the same desire to perform well and to make an impact and there is always the objective of winning the Vendée Globe,” Fayeulle added.