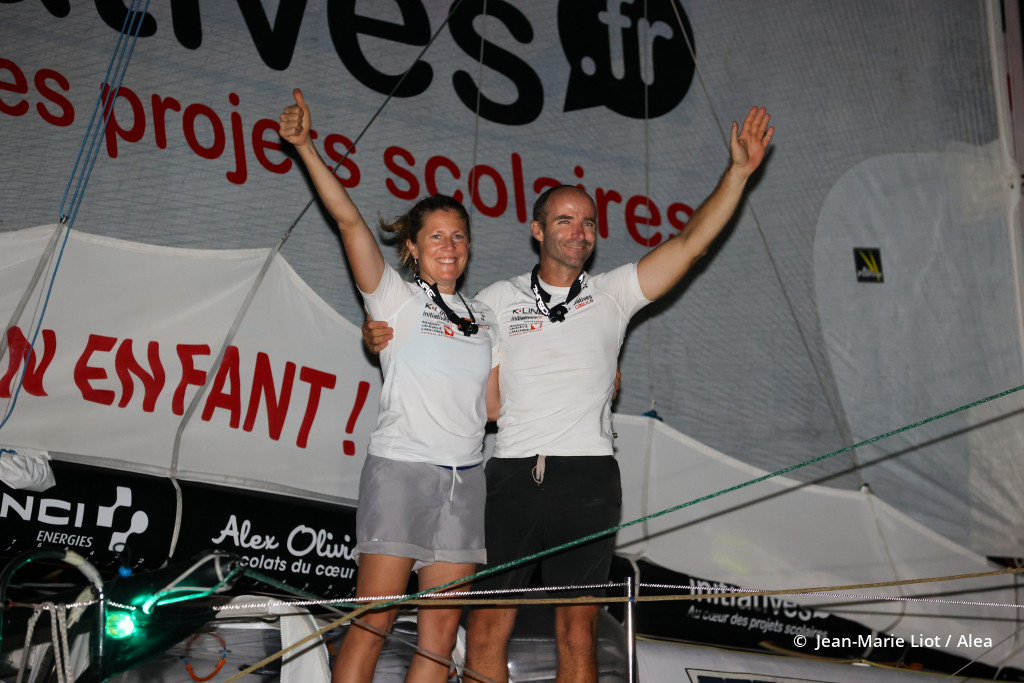 Welcomed by their families, Nicolas and Samantha arrived in Martinique swiftly after ARKEA PAPREC for a warm welcome at the pontoon. A few extracts have been selected below:

Sam Davies - "I think if someone had told me we were going to be playing alongside the new boats for the whole race, I wouldn't have believed it. We are super proud. We gave a lot; it wasn't always easy. It was a hard and long race. Congratulations to the frontrunners because it was impressive.

We came back in contact off the Canaries. It was a combination of trajectory and timing. We were able to be at the front of the fleet when the first boats gybed. That meant we were not far behind after a week of racing.

In all it went very well on board. On the one hand on performance and complementarity and on the other hand on proximity. It's true that we spend three weeks with someone else locked in a boat. We take care of each other because it's also important, because if we are well, we sail better.

The magic of ocean racing is that we never stop learning. This was my third Transat Jacques Vabre with this boat and I never get bored."

Nicolas Lunven -"It was long, quite a lot of light airs. The conditions were very mild, which meant that we all had boats in good condition at the finish. We didn't have any material damage. It was still complicated because the weather was certainly good, but it was still tricky and unpredictable, especially on the last days.

We got on very well with Sam on board and I think we can be happy with the race we did. Well done to the winners. We can be proud of what we have done.

From Cape Verde onwards, the frontrunners had better conditions. The fact that they were faster put them in a weather scenario that put them behind us. We were together after the Canaries, but they were faster, so we couldn't take the same strategic option. They were able to get away and then benefit from a fast passage through the Doldrums. It was very good for us too, but it was exceptional for them. The reaching leg afterwards made the difference. They were keeping very high speeds, 24-26 knots while we were struggling to get up to 18 knots."