The fox – Charlie – being chased by the hounds – Kevin, Jérémie, Thomas, Paul and Maxime – in a compelling Route du Rhum 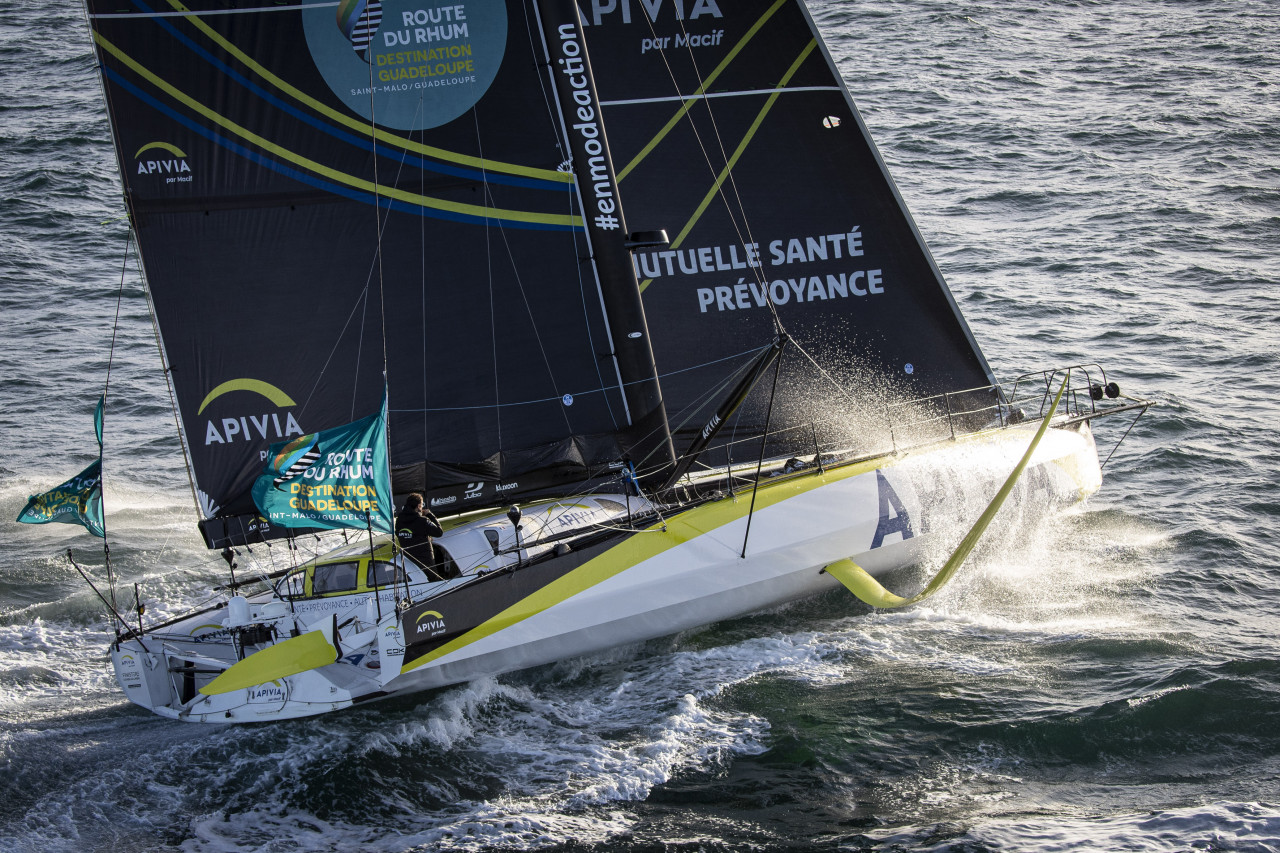 We had to wait a couple of days longer than expected for the start of the 2022 Route du Rhum-Destination Guadeloupe, but it was well worth it because it has turned into a fascinating game of competitive racing, strategy and tactics, as the IMOCA fleet makes its way west towards the Azores.

Right now Charlie Dalin on APIVIA looks like a fox being chased by hounds strung out in a line behind him – among them Kevin Escoffier (Holcim-PRB), Jérémie Beyou (Charal), Thomas Ruyant (LinkedOut), Paul Meilhat (Biotherm) and Maxime Sorel (V And B-Monbana-Mayenne).

But we know that this fox is fast in almost all conditions and is pretty switched on when it comes to finding ways to keep those trying to hunt him down at bay.

In the past few hours, after almost three days at sea, at a position around 350 nautical miles west of Cape Finisterre, Dalin has been making his way across an area of light winds and his lead over the chasing pack has been cut from around 70 miles to 25.

The chances are, however, that the APIVIA skipper will be the first to reach the stronger southwesterly winds associated with the approach of the second frontal system of the race later today. Then he will come under the influence of the northwesterly air stream on the other side of the system, giving him the chance to accelerate away again and head southwest.

Morgan Lagravière, who won the 2021 Transat Jacques Vabre alongside Thomas Ruyant on LinkedOut, has been running the routing for the IMOCAs and says this is turning into a “hard” transatlantic for the solo skippers who are contending with ever-changing conditions and a lot of uncertainty.

He says Dalin is going to be difficult to reel in, in the short run. “I think Charlie has the chance to go to the southwest and go south faster than the others,” he said. “He has to cross the next front today and after that make a long starboard tack to go south. But in front of him he has a big light wind area and it will be hard to cross this part of the high pressure.”

The problem for those trying to stop Dalin from winning this classic at the first time of asking is that the northern route looks very risky, especially for those sailing new boats who will be concerned about their durability – they include Escoffier, Beyou, Meilhat and Sorel.

“There are many uncertainties, but the more northerly route is really complicated too because the boats that head north will have to cross many fronts and have to stay above the high pressure where they will encounter big waves and windy conditions. In those conditions the boats cannot travel at 100% of their performance polars, so it will be difficult for the skippers,” said Lagravière.

Would he advise any of them to take this route? “Well, it really depends on how confident they are with their boats,”replied Lagravière. “But it’s hard and it’s possible if they are confident, but most of these guys have new boats and it’s a really uncomfortable road to take with many risks, so I don’t know.”

The challenge then is to try to find a way past Dalin as he continues heading southwest where the next few days will see a patchy area of lightwinds develop on the eastern edge of the Azores high pressure system. Once through that, the leading skippers will eventually find the trade winds that will take them west to the Caribbean.

Dalin is quick in light winds both upwind and down so he is going to be hard to catch, but Lagravière says there is always a chance that a game of light wind snakes and ladders could see him being caught out. “The chasing group will have new opportunities in the south because when there is a light spot, you always have a chance to beat Charlie and to cross the light airs area in another slightly more windy part of the course,” he said.

This feels like a fairly critical part of the race as the early upwind section, dominated by the first two frontal systems, gives way to a high pressure regime on the way to the trade winds. Lagravière says it could be a long Route du Rhum for the IMOCAs and the record set by François Gabart in 2014 – 12 days, four hours and 38 minutes – may well survive intact after this edition.

“I think the course will be long,” he said. “We are seeing routing showing nine more days – breaking the record will depend on the next part of the course and particularly the light wind area to the south, if they choose this route.”

With the retirements of Kojiro Shiraishi on DMG MORI Global One (collided with Oliver Heer Racing Team) and Damien Seguin on Groupe APICIL (collided with a cargo ship and dismasted/currently motoring to Lorient), there are still 36 of the 38 starters in the IMOCA Class racing.

Ollie Heer has set sail from Saint-Malo after making repairs to his bowsprit and is now making a second planned pitstop at Port-La-Forêt where his boat is being hauled out for repairs to the hull. He is planning to set sail again on Monday, the Swiss skipper demonstrating utter determination to get this race done one way or another.