The state of play after a week of racing 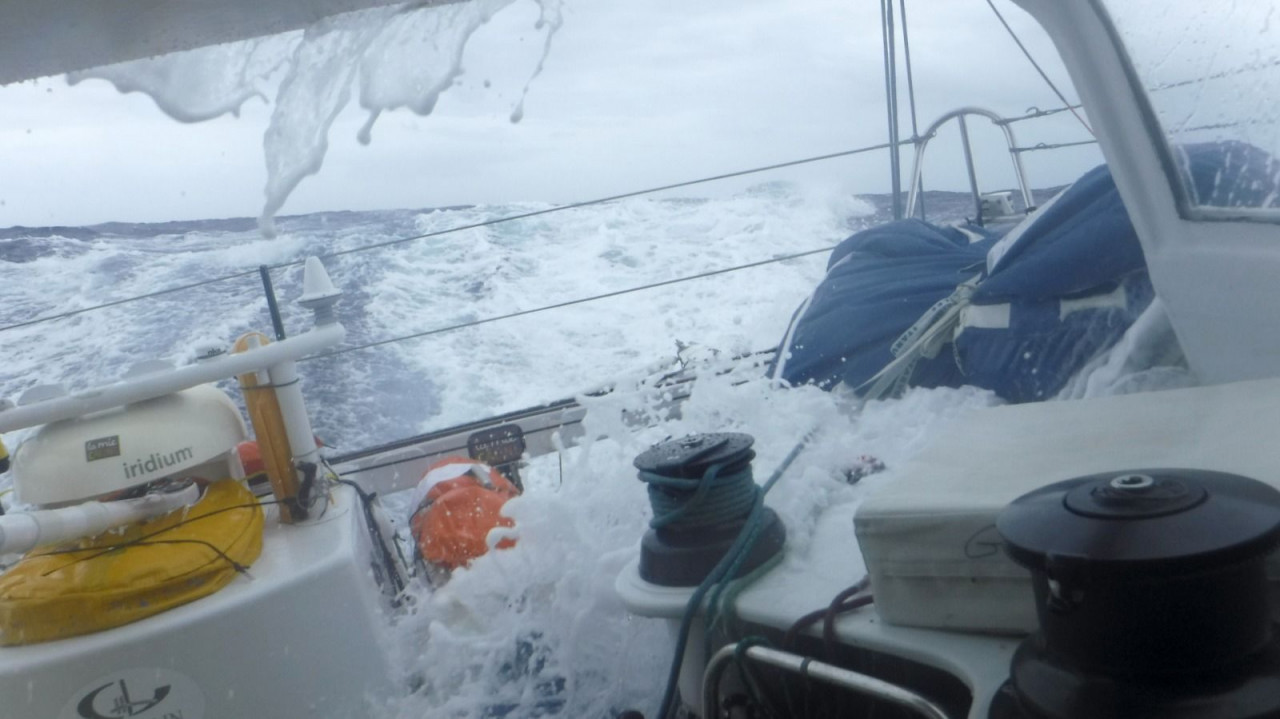 While the final outcome is now known for the Ultime class in the Transat Jacques Vabre with Sodebo winning on 13th November, the suspense is still at its peak in the IMOCA category after just over a week of racing.

While the final outcome is now known for the Ultime class in the Transat Jacques Vabre with Sodebo winning on Monday 13th November, finishing ahead the Edmond de Rothschild Maxi, the suspense is still at its peak in the IMOCA category after just over a week of racing. Holding on out in front, Jean-Pierre Dick and Yann Eliès are keeping up some impressive average speeds. In second place, Paul Meilhat and Gwénolé Gahinet are putting up a strong fight aboard their IMOCA, which is not fitted with foils. Further back, other battles are raging, starting with one for the final place on the podium. For the moment, the duo formed by Morgan Lagravière/Eric Péron is just ahead in this contest.

All of the IMOCAs still racing

In spite of a very tough first week with some hellish conditions at times, all of the IMOCAs that were there at the start are still racing. However, on all of the boats, there is probably some minor damage, but nothing too serious. Two years ago, in the same event, over 50 % of the boats had to throw in the towel (9 boats finished out of the 21 starters)…

Since the start in Le Havre on Sunday 5th November, Jean-Pierre Dick and Yann Eliès have been pushing hard aboard StMichel-Virbac. After eight days of racing, they have kept up a high average speed of 14.60 knots on the Great Circle route (the direct route). Just to compare things, two years ago, Vincent Riou and Jean Le Cam won the Transat Jacques Vabre at an average speed of 14.12 knots. Highly experienced and with a thorough understanding of their boat, it will be hard to catch Dick and Eliès, even if the Doldrums may stir things up…

SMA holding up well against the foilers

Paul Meilhat and Gwénolé Gahinet are showing some remarkable resistance. The only boat without foils in the Top 5, SMA is solidly entrenched in second place with average speeds not far below those of Dick and Eliès (14.30 knots since the start). In spite of the weather favouring the boats with foils, Paul and Gwénolé are hanging on in there right behind the leaders and warding off the attacks from three VPLP-Verdier designed boats from the 2016-2017 Vendée Globe generation: Des Voiles Et Vous (ex Safran), Bureau Vallée 2 (ex Banque Populaire VIII, the winner of the last Vendée Globe) and Malizia II (ex Edmond de Rothschild).

Battles throughout the fleet

Several fights are going on as they approach the Doldrums, starting with one to grab the final place on the podium. With StMichel-Virbac, SMA, Des Voiles Et Vous maintaining their places practically since the start, the three frontrunners seem well placed. But several boats behind them are still aiming to upset things, while ensuring they remain in the Top 5. Back in fourth place, we find Louis Burton and Servane Escoffier, who have clearly got to grips with their Bureau Vallée 2. Further back, three IMOCAs are bunched together (with just a dozen miles or so between them on Monday morning): Malizia II (Boris Herrmann/Thomas Ruyant), Initiatives-Cœur (Tanguy de Lamotte/Sam Davies) and Isabelle Joschke / Pierre Brasseur’s Generali, another IMOCA with straight daggerboards that is being well sailed. Let’s not rule out Kito de Pavant and Yannick Bestaven (Bastide-Otio), who are still within shooting distance of this tightly-packed group.

Further back still, three other double-handed crews are fighting hard. For his first race aboard La Fabrique number two, Alan Roura sailing with Frédéric Denis is in tenth place ahead of Vivo a Beira (Yoann Richomme/Pierre Lacaze) and La Mie Câline-Artipole (Arnaud Boissières/Manuel Cousin). The two final duos have been left some way behind. After ripping their big spinnaker, Fabrice Amedeo and Giancarlo Pedote have been heavily penalised in terms of their performance, but they are still holding on and seem upbeat. Finally, aboard the oldest boat in the fleet of IMOCAs (Famille Mary-Etamine du Lys, launched in 1998), Romain Attanasio and Aurélien Ducroz know full well that they cannot keep up the pace of the newer boats. But they are getting the most out of their venerable old IMOCA, sailing close to the leading Class40s.

28.02Alexia Barrier: "Nothing is impossi…I knew this Vendée Globe would be diffic…28.02'Fighting Spirit' Alexia Barrier Fi…On a perfect Sunday morning, 28th Februa…25.02Sam Davies: What it really meant to…When there are 33 skippers in a Vendée G…23.02Miranda Merron: The privilege of sa…Some Vendée Globe and IMOCA sailors are …22.02Ari Huusela and STARK awarded as th…Finnish Vendée Globe skipper and his mai…20.02Manuel Cousin : "You have to live y…That was the maxim that drove Manuel Cou…
All news and videos
News