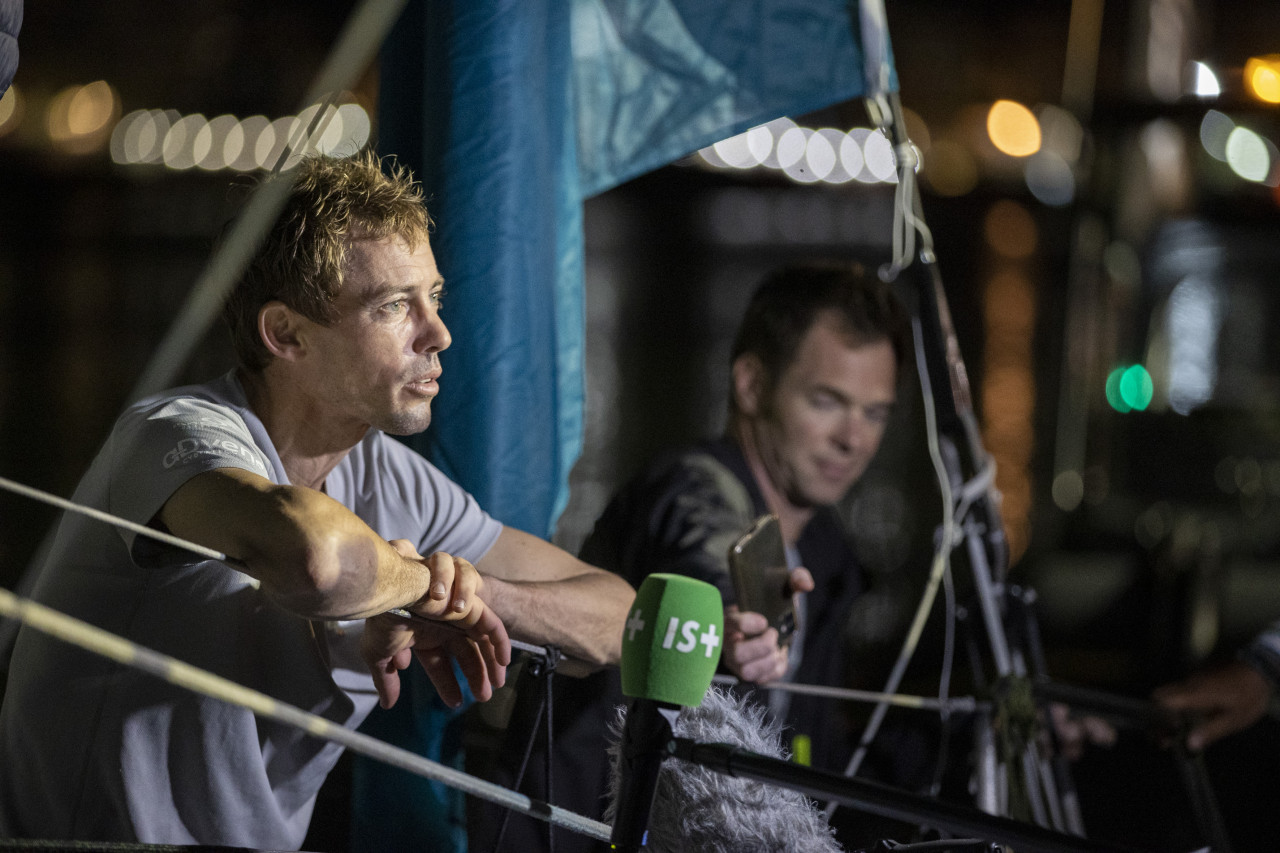 His elapsed time of 11d 17h 36m 25s beats the course record for the class which was 12 j 04 h 38 min 55 s set in 2012 by Francois Gabart by 11hrs 02min 30secs.
The 41 year old from Dunkirk adds the highly coveted solo Route du Rhum victory to the two handed Transat Jacques Vabre race triumph he achieved a year ago with Morgan Lagravière on a similar course racing from Le Havre to Martinique.

Ruyant was tipped as solid podium contender when this legendary 3542 miles course left Saint Malo on Wednesday 9th November and many had him as the solo sailor most likely to break the recent winning run of the dominant Charlie Dalin (Apivia).

Although Dalin led the race from the start, and was 90 miles ahead during the passage of a ridge of light winds after the Azores, Ruyant broke west and outmanoeuvred Dalin on Friday morning and took the lead which held to this finish line this morning.

Winning from the biggest and most competitive IMOCA fleet ever assembled for a Route du Rhum, 38 boats starting from Saint Malo including seven new builds, Ruyant extends an excellent record racing solo and two handed across the Atlantic which started when he won the 2009 Mini Transat to Salvador de Bahia, Brazil. He also won the Transat AG2R in 2018 with Adrien Hardy in the Figaro.

“I make no secret of it I am only here to win. That is all that interests me. I have one of the best boats in the fleet. There are newer boats on the start line but our 2019 Verdier design is fully optimised to the best level of development,” said Ruyant in Saint Malo. Winning is a fitting farewell to Ruyant's boat which he is replacing with a new IMOCA ahead of the 2024 Vendee Globe.

He was Dalin’s most dogged rival on the last Vendée Globe, tussling over the lead until Ruyant broke his port foil early in the Southern Ocean going on to finish sixth. Dalin was a little over eight miles behind this morning when Ruyant crossed the finish line to take the biggest victory of his career.