Thomson hoping to make structural repairs at sea and continue 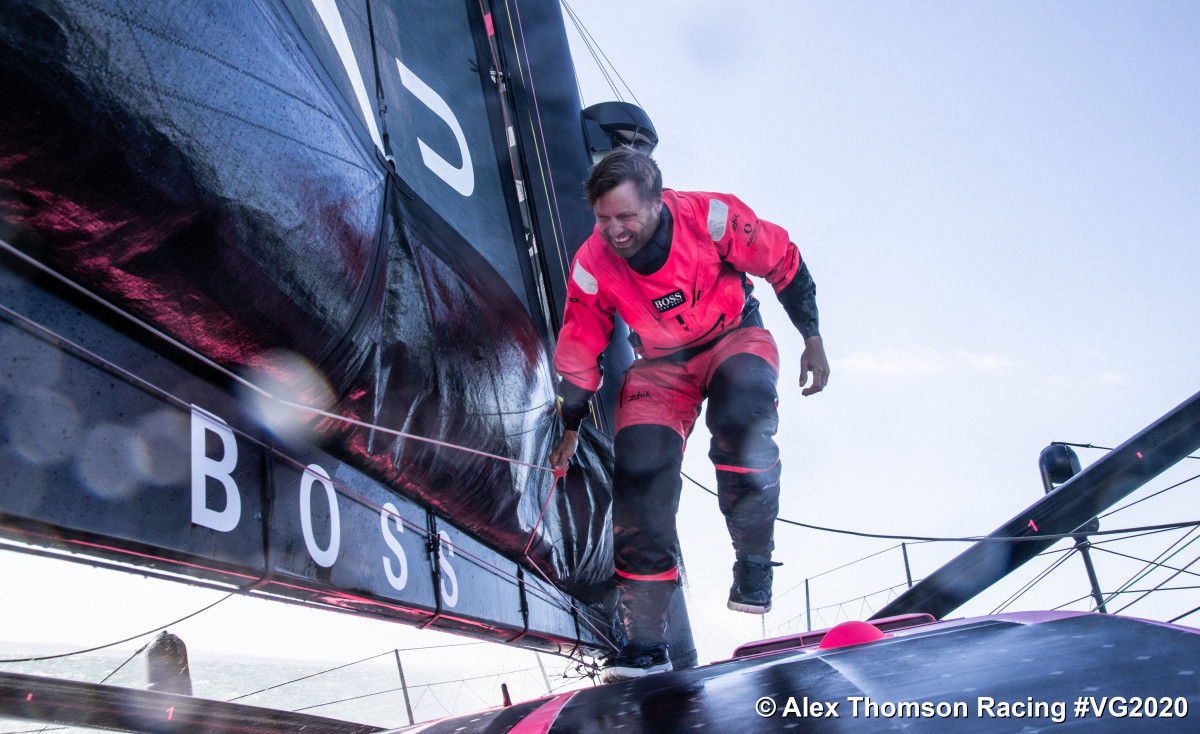 Alex Thomson Racing says 'We are confident in his ability to complete the repair."

After notifying Race Direction last night of a structural issue on HUGO BOSS, the Alex Thomson Racing Team, in collaboration have agreed a repair which the solo racer has started to execute this morning while positioned 875 nautical miles east of Rio de Janeiro. The boat has been turned downwind and is drifting at less than four knots.

Ross Daniel, Technical Director at Alex Thomson Racing gave an update to the media this morning,

“Yesterday evening (Saturday 21st November), while Alex was carrying out a routine inspection onboard HUGO BOSS, he spotted what he believed to be some structural damage in the bow area of the boat. He immediately notified myself and the team on shore, and we provided clear instructions to allow him to carry out a full inspection of the damage.

“That inspection has revealed some structural damage to a longitudinal beam at the front of the boat. The damage appears to be isolated to that area alone. It is as yet unclear what caused this damage. There have been no incidents of concern onboard the boat during the race so far.

“Together with our structural engineers and naval architects, we worked through the night to put together a full repair plan for Alex. During this time, Alex took some rest onboard in order to prepare to begin that repair work this morning.

“Alex has now put the boat into a safe position to manage the sea state in order to reduce movement onboard while he carries out the repair. He has all the necessary materials onboard, a detailed plan to follow, and a team of world class engineers advising him. We are therefore confident in his ability to complete the repair.

“Our objective is to carry out the necessary repair swiftly and effectively, in order to minimise the miles lost and resume racing again.

“A further update will follow from the team in due course”.