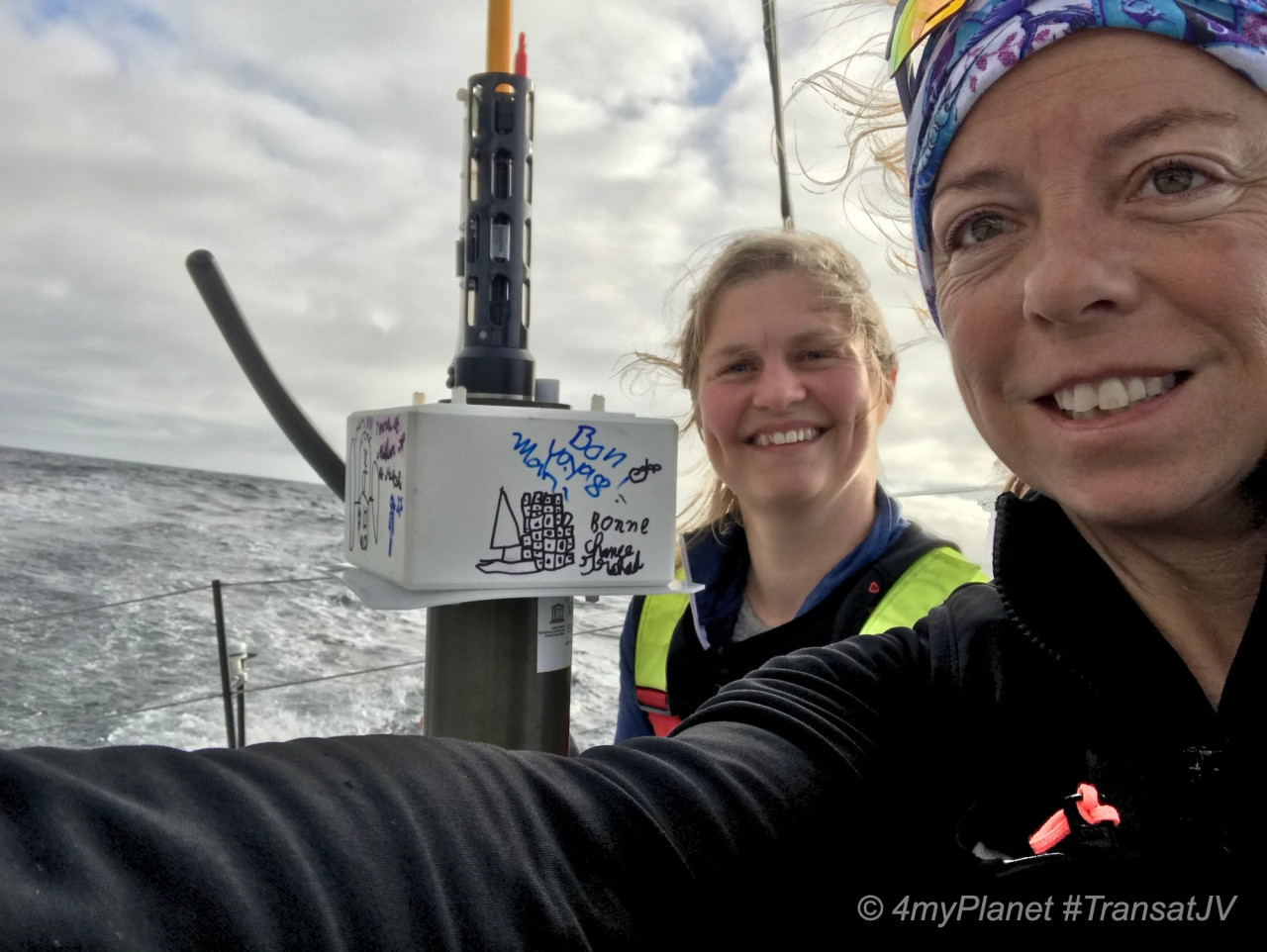 Used to sailing across the oceans IMOCA skippers, it is fair to say, are amongst the best-placed to observe what is going on with the oceans. Today on World Ocean Day, the Class IMOCA and the IOC-UNESCO celebrate their commitments and concrete scientific actions that will be put in place for the forthcoming solo races.

Twelve years ago, on the 8th June, the United Nations inaugurated ‘World Oceans Day’ with the goal of preserving the vital space covering 70% of the surface of the Earth, which is now recognised as one of our most precious assets. Professional skippers and ocean racers are used to enjoying this “playground”, which covers 361 million square km. They have seen what is happening and remain alert, fully aware of what is at stake here in terms of conservation. For a long time, the sailing community has been spreading the word to make people more aware of this subject and now sailors want to take concrete measures.

The partnership signed on 31st January by the Class IMOCA and the Intergovernmental Oceanographic Commission of UNESCO – the body that is responsible for supporting oceanography with the aim of ensuring sustainable development, fully expresses these concerns. It is within this framework that Alexia Barrier (4MyPlanet), a sailor about to compete in the Vendée Globe, has spoken  this morning at the Virtual Ocean Literacy Summit, a conference organised by the IOC-UNESCO, bringing together international experts including Peter Thomson, special envoy for the Oceans for the United Nations. This is another opportunity for the sailor to talk about what her fellow racers are doing to help the environment that they love. “There will be four boats in the Vendée Globe fitted with sensors picking up oceanographic data which we will be sent back to the scientists. Taking into account the number of days we spend at sea and the rarely visited places we pass through during the round the world voyage (the Southern Indian Ocean, the South Pacific), we are able to become a useful source of information. We will be sailing for science. This is something I have been doing for ten years with my project, but today, we are moving up a gear.”

Fabrice Amedeo is also in this group of four including Alexia, Stéphane Le Diraison (Time for Oceans) and Boris Herrmann (Seaexplorer-Yacht Club de Monaco). For several months, his boat, Newrest-Arts&Fenêtres has been fitted with sensors measuring salinity, CO2 and temperature, and they were already used during two transatlantic races. Now, he has fitted a new model which will obtain data about microplastics. It has all been funded by his partners. With 16 kilos of equipment, plus 20 kilos of filters he will have to keep and the need to change them every twelve hours, this implies a few extra constraints for a solo racer, but he will be involved in a task that he finds intellectually stimulating. “We are offering our own modest contribution. There are many useful aspects resulting from these measures for the scientific community. All the data obtained out there can be matched with the information obtained by satellites. Particularly from our route around Antarctica, which research vessels only sail around every ten years. Our race programme means it is possible to compile long term data.”

Other sailors are joining in before the start of the ninth Vendée Globe in November. During the next solo race, the Vendée-Arctic-Les Sables d’Olonne in July, a sampling campaign will be carried out.

Drifting weather buoys will be picking up data, concerning the currents. They will be dropped at various points during the race by the sailors, Thomas Ruyant (LinkedOut), Miranda Merron (Campagne de France), Damien Seguin (Groupe Apicil), Maxime Sorel (V and B-Mayenne), Manuel Cousin (Groupe Sétin) and Armel Tripon (L’Occitane en Provence). Boris Herrmann (Seaexplorer-Yacht Club de Monaco) will be dropping an Argo beacon that is able to pick up information concerning the salinity and temperature of the water on the surface and deep down.

The operation is particularly interesting for scientists as the race will take the competitors to places that are rarely visited and studied to the west of Iceland, not far from the Polar Circle. The virtual waypoint at the tip of the racecourse above 60° North, will symbolically be given the name, IOC-UNESCO.

An Argo beacon – Profiling float
Dropped to the West of Iceland by Boris Herrmann
Height: 1.7 metres
Weight: 20 kg
Function: to measure the temperature and salinity of the ocean.

The beacon descends to 1000 m in a few hours and then drifts for nine days. It then dives down to a depth of 2000 m. As it rises to the surface, it measures the temperature and salinity of the column of water. Once back on the surface, it sends this data to satellites. The beacons can repeat this cycle around 150 times.

Two on-board sensors
Fitted aboard the IMOCA boats sailed by Fabrice Amedeo and Boris Herrmann
Weight: 16kg of equipment plus filters = 20 kg during the three months of the VG
Function: to pick up information on CO2, salinity, temperature (and in Fabrice’s case data on microplastics)

Six Drifter weather buoys
Dropped by Manu Cousin, Miranda Merron, Thomas Ruyant, Damien Seguin, Maxime Sorel and Armel Tripon
Height: 1.5 m
Diameter: 45 cm
Function: To collect weather and oceanographic data (pressure, temperature, speed and direction of currents) on the ocean surface to complement satellite observations. Connected to a floating anchor, they will be recovered once they have achieved their optimum time of use.