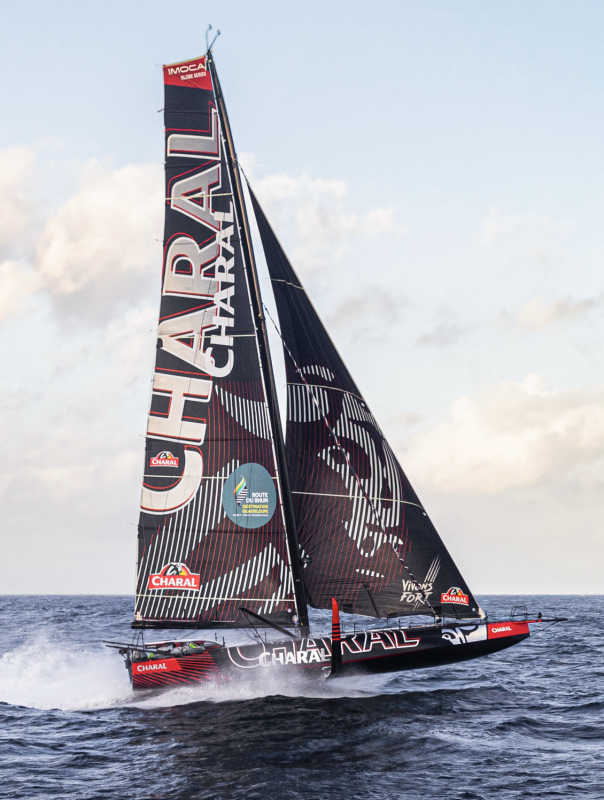 Charal Sailing Team, which notably includes Franck Cammas, co-skipper of the boat today in the double-handed races and replacement for Jérémie Beyou, as well as Bertrand Pacé, the man with seven America’s Cup participations to his credit, and Manuard’s design team, have really made some innovative choices, such as having one of the narrowest hulls of the existing crop of IMOCAs. Indeed, back in the nineties and the noughties, the architectural trend (Finot-Conq were the architects of four winning boats from the second to fifth edition) was to design very beamy ‘skimming dishes’. In addition, Charal 2 has a centre of gravity and a weight distribution positioned a long way aft, a rounded Scow bow and V-shaped foils that are deeper than those on the previous VPLP Charal 1 design. Finally, to favour aerodynamics, which is an element that is increasingly sleek on these IMOCAs, the deck is very flat (virtually a flush deck), while the coachroof (exterior cabin) is minimalist and streamlined, and the step more pronounced. More than fifteen engineers, five of whom are part of Charal Sailing Team, worked on Charal 2. Next, more than a hundred specialists were involved in the boat’s construction, designing and machining all the parts, virtually all of which are prototypes, equating to 35,000 design hours and 40,000 hours of construction at CDK, which is the yard which has produced the greatest number of IMOCAs in the past 30 years or so. Jérémie Beyou has been linking together a series of sea trials off Lorient since the boat’s launch and his primary objective is the 12th Route du Rhum, before he goes on to participate in his 5th Vendée Globe in November 2024. He is said to be thrilled with his new boat and she will doubtless be one of the references against the new IMOCAs at the start in Saint Malo in early November. 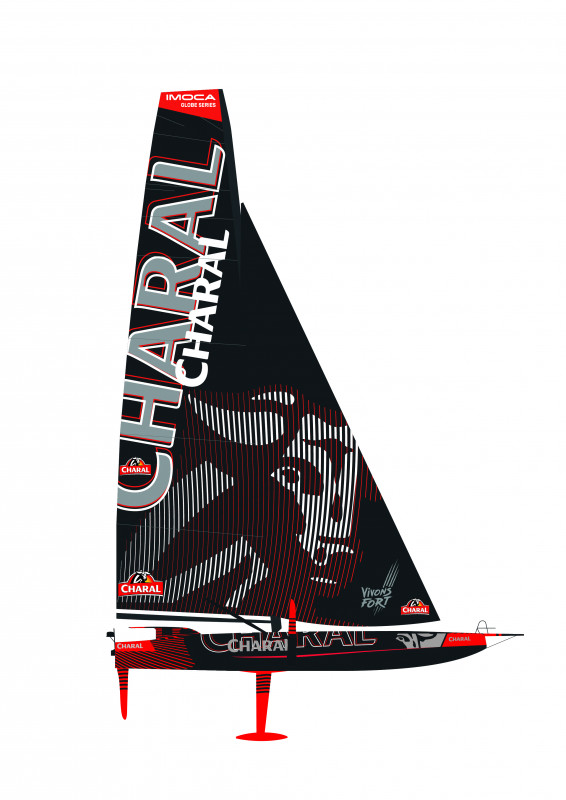 The first leg of The Ocean Race looked like it was going to be a tough one, viewed from the dockside in Alicante, and it has certainly delivered on that promise.

It’s a brand new boat, a new design with a revolutionary new rudder configuration taking part in its first transoceanic race and it has been consistently in the podium places.