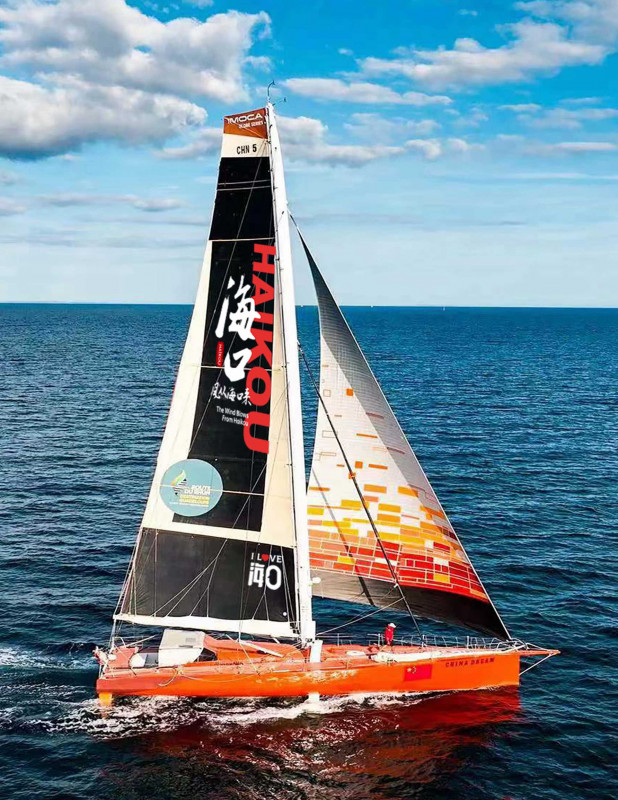 Built by the Multiplast yard in Vannes, Brittany, in 2007, Brit Air definitely featured a more powerful, swifter hull than her predecessors with her sharp lines, her two daggerboards and her pronounced chine. The skipper finished 7th (with Nicolas Troussel) in the Transat Jacques Vabre but the boat dismasted on her return to Europe, before taking 2nd place in The Transat 2008 and then sailing a stellar Vendée Globe (2nd). Two seasons later, he finished 2nd in the Route du Rhum. Taken over by Bertrand de Broc, the monohull added her name to the list of finishers in the round the world race (9th), then the Transat Jacques Vabre 2013 with Arnaud Boissières (6th), but the solo sailor injured himself during the Route du Rhum 2014. The monohull set sail again on the Barcelona World Race with Jörg Riechers and Seb Audigane (6th), prior to another Transat Jacques Vabre 2015 (6th), then the last Vendée Globe came to an abrupt end after hitting a UFO. Swiss sailor Alan Roura took command of the boat in 2017, La Fabrique, securing the Transatlantic record in the summer of 2019 (7d 16h 55’) thanks to her foils installed during the winter refit. In 2022, Xu Jingkun will take over the share of this 60-foot boat with a view to a first participation in the Vendée Globe in 2024.