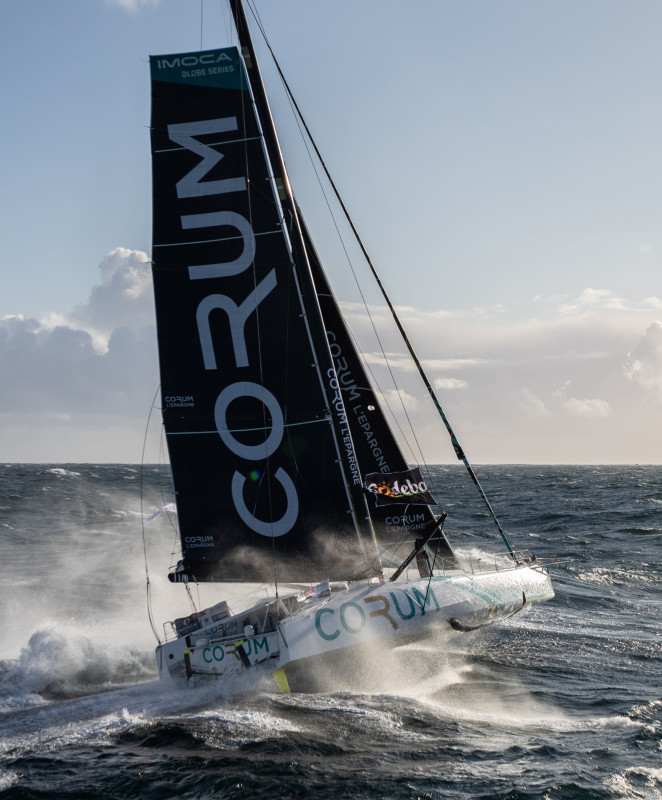 The most recent of the 2020 generation IMOCAs, Corum l'Epargne is skippered by Nicolas Troussel. The double Solitaire du Figaro champion set sail on his first solo circumnavigation of the globe just six months after her launch in May and a 24,000 hours of construction disrupted by the pandemic.

This very distinctive 60-footer is designed by the Franco-Argentinean naval architect Juan Kouyoumdjian and project managed by Michel Desjoyeaux, two-time champion (2000-2001 and 2008-2009) and two-time manager of a winning Vendée Globe campaign (Riou in 2004-2005, Gabart in 2012-2013). Heading the team, Greg Evrard, a top-flight racer (match racing, Tour de France à la Voile, ORMA circuit) and former director of North Sails France is, like the skipper, a safe pair of hands. And though the hull is very reminiscent of Sébastien Simon’s ARKÉA PAPREC, which was built using the same moulds, her very deep, original cockpit, her coachroof integral with the deck and her substantial freeboard are the stand-out features. The designers have also put a huge amount of work into the foils, digitally simulating hundreds of versions. Seemingly then, it was all systems go, particularly given the fact that Nicolas Troussel put together a stellar entourage that notably includes Nicolas Lunven, Sébastien Josse and Thomas Rouxel to optimise CORUM L’Epargne. However, luck was not on the skipper’s side in the ensuing races. Whilst lying in 7th place in his first Vendée Globe, Nicolas Troussel saw his mast collapse onto the deck to the north of the Cape Verde islands, which sadly paved the way for a series of subsequent retirements. During the Transat Jacques Vabre 2021, with teammate Sébastien Josse, he finished eighth. Next, following the traditional winter refit, he took the start of the Guyader Bermudes 1000 Race in the spring of 2022. In the leading pack (5th), the boat suffered a major issue with her keel, forcing her skipper out of the race. A structural issue spanning 10 square meters across the hull bottom prompted further reinforcement work. Decidedly, Corum L’Epargne has not been spared, but her skipper will be hoping to show what she’s made of at the start of the Route du Rhum. 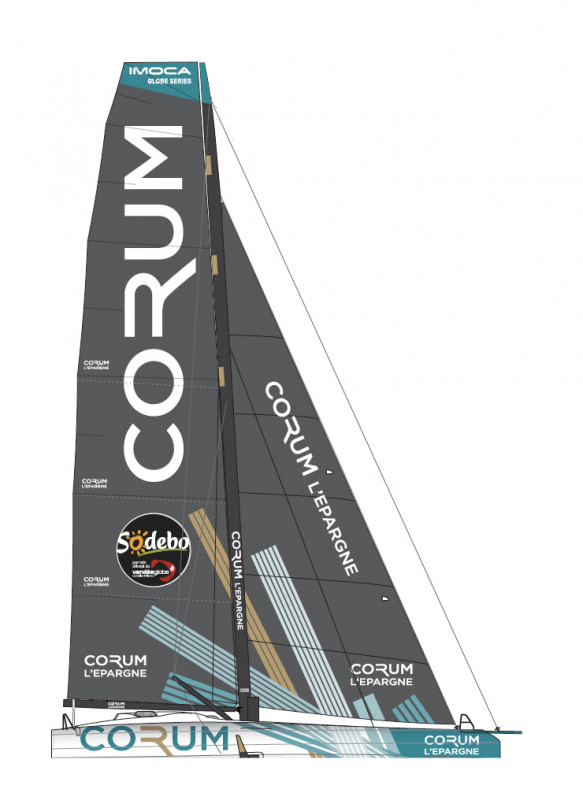 With the IMOCA GLOBE SERIES due to resume on 8th May with the start of the Guyader Bermudes 1000 Race in Brest, Virtual Regatta is launching the world’s first Virtual Championship dedicated to offshore racing and IMOCA b…

A first transatlantic for CORUM L'Épargne

An encouraging race for the CORUM pair, although slightly disappointed by the end result, they continue to learn about the boat and the varying Atlantic conditions. Nicolas and Sebastian completed the early morning arriv…