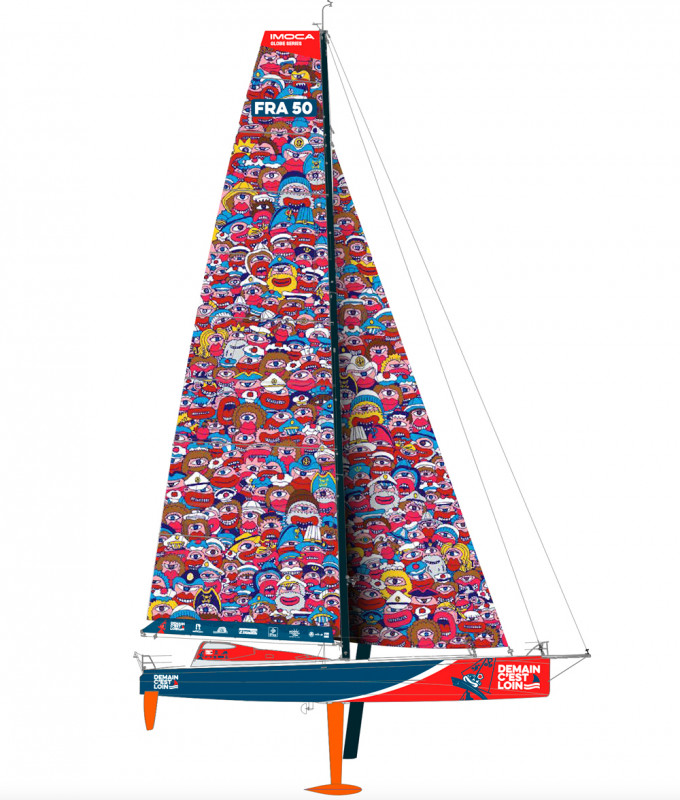 Built in 2006 for Swiss sailor Dominique Wavre, the former Temenos was designed by the British architectural firm Owen Clarke Design and finished 5th in the Route du Rhum 2006 then 3rd in the Barcelona Race 2007-2008 (with Michèle Paret).

Optimised for the Vendée Globe 2008, the monohull suffered keel issues offshore of Kerguelen and was retired from the race. Flying the flag of Mirabaud, the boat dismasted offshore of Argentina during the Barcelona World Race 2011 (with Michèle Paret). At that point, the singlehanded round the world race became Dominique Wavre’s primary objective and he finished in 7th place in 2013. American Rich Wilson renamed her Great America IV for his Vendée Globe 2016-2017 campaign, which he completed in 13th position after a hundred days at sea. Next up, the boat was bought by Irish skipper Enda O’Coineen, then Nicholas O’Leary before Miranda Merron took possession. With a tight budget, Campagne de France participates in the Transat Jacques Vabre and made landfall in Salvador de Bahia (with Halvard Mabire) in 23rd place, the boat having not been modified since 2010. Miranda Merron, whose ambition was to participate in the 2020 Vendée Globe, succeeded in her challenge and finished in 22nd place after 101 days of racing.