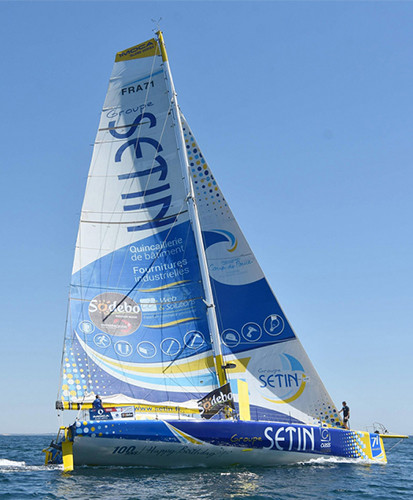 Built in New Zealand in 2006, this IMOCA already has five round the world races to her credit, securing victory in the 2008 Barcelona World Race with Jean-Pierre Dick and Damian Foxall.

Characterised by her ‘trim tab’, a flap on the transom, the ex-Paprec-Virbac 2 boasted bow ‘moustaches’ prior to the Vendée Globe 2008, which the skipper had to retire from after breaking both rudders offshore of Australia. Next, Spaniards Pepe Ribes and Alex Pella finished 5th in the Transat Jacques Vabre, then 4th in the Barcelona World Race 2010. The baton was then passed to their compatriots Willy and Bruno Garcia who finished 5th in Barcelona four years later. Arnaud Boissières bought the Farr design in 2015 for his third consecutive Vendée Globe, then participated in the Transat Jacques Vabre 2017 with new owner, Manuel Cousin. Groupe Sétin competed in the Route du Rhum 2018 (14th), before participations in multiple IMOCA races in 2019: GP Guyader, Bermudes 1000 Race, Armen Race, Fastnet Race and Défi Azimut, rounding off her season with the Transat Jacques Vabre accompanied by Gildas Morvan. In 2020, Manuel Cousin set off on the solo round-the-world race, his very first circumnavigation of the globe, which he finished in 23rd position. After the Transat Jacques Vabre 2021 contested with Alexia Barrier, the Norman sailor carried out a major refit at Mer Agitée, the structure managed by Michel Desjoyeaux in Port La Forêt, north-west Brittany. On the menu, a reduction and redistribution of weight, optimisation of the deck layout and a new livery in the colours of her trusty partner. In April 2022, Manuel Cousin relaunched his IMOCA to compete in the Guyader Bermudes 1000 Race, finishing in 18th place and earning his ticket for the Route du Rhum, before choosing to err on the side of caution and retire from the Vendée Arctique Les Sables d’Olonne to avoid manhandling his boat in the rough weather. 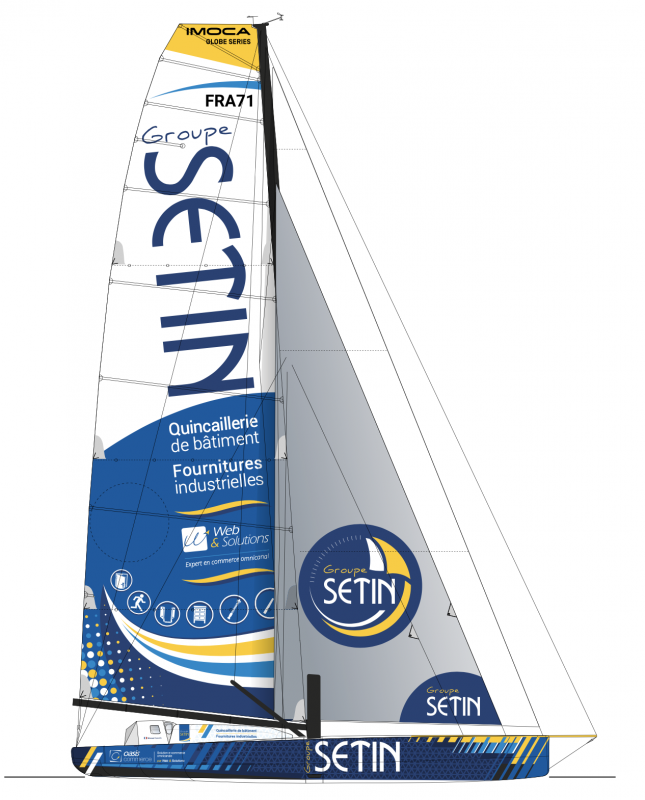 Hard racing till the end

Despite a small pulley breaking the duo fought till the end to catch Mie Câlin. Like others their route was not just plain sailing and both are looking forward to a well earned break in Martinique.

Manu Cousin: 'I am so proud to be part of this family'

What is important in our sport is this solidarity which is incredible. Never have I received so many messages of support. It is a solidarity that is unsurpassed. I am super proud to be part of this family.