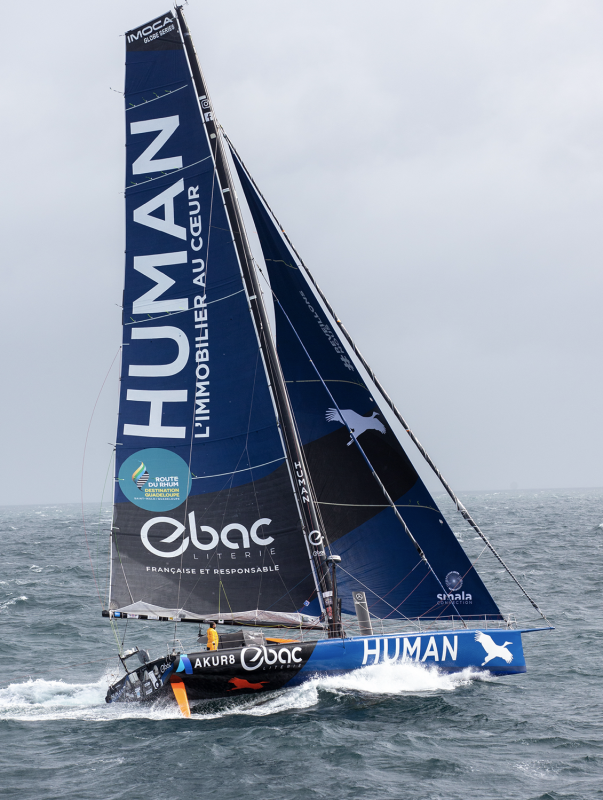 In February 2020, Antoine Cornic purchased this Owen Clarke design, which competed in the Vendée Globe 2008-2009 with Canadian Derek Hatfield (retirement after spreader damage). This makes the boat the oldest of today’s IMOCA fleet since she was designed in 2005 and launched in 2006. In 2020, on her way to the Mediterranean, the boat dismasted at Cape Finisterre. A spare wing mast bought off Sam Davis was stepped onto the boat, though it required a major refit (modifications to the chainplates, installation of outriggers…).

During the 2021 season, culminating in the Transat Jacques Vabre, Antoine Cornic made a variety of purchases for Ebac Literie including a J2 from Charal, a J3 from Banque Populaire, Initiatives Cœur’s mainsail, as well as sails from Ecover (Mike Golding), sistership to Algimouss Spirit of Canada during the Vendée Globe 2008-2009. Prior to the 2022 season, the boat underwent another winter refit (electrics, weight reduction…) in the hands of the small team working for Antoine Cornic, with the help of companies Pochon (electronics) and Incidences (sails) in a shed loaned to the team by Yannick Bestaven in La Rochelle, where Ebac Literie is based. There was further assistance from naval architect Merfyn Owen and class measurer René Boulaire to optimise her for the compulsory 90-degree test. This year, Ebac Literie finished 20th in the Guyader Bermudes 1000 Race, then 16th in the Vendée Arctique Les Sables d’Olonne, earning the skipper from the Ile de Ré his first ever ticket for the Route du Rhum, his main aim in the run-up to the Vendée Globe. 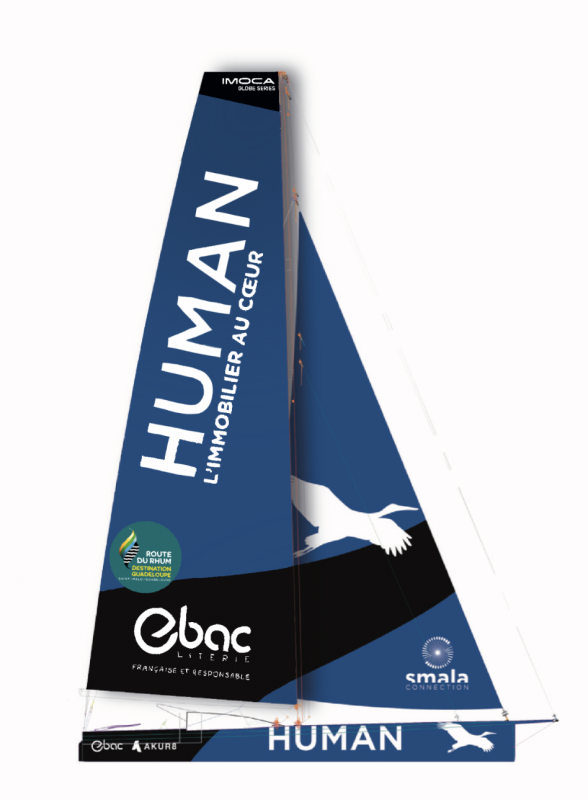