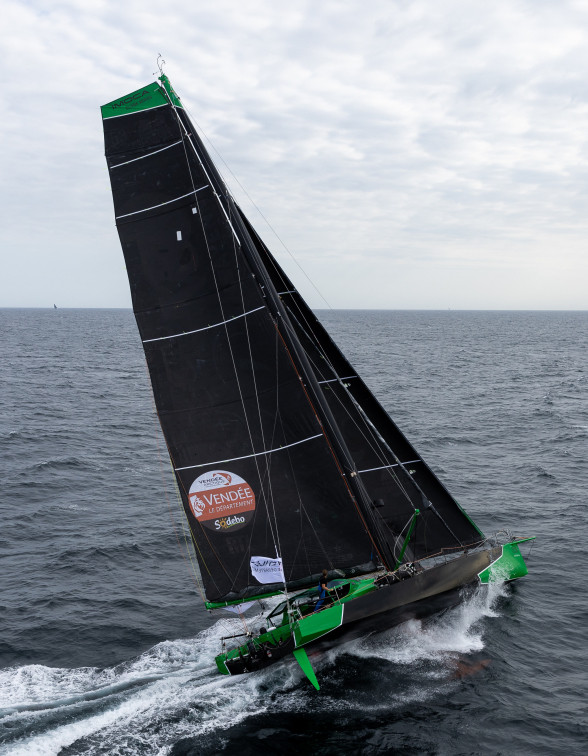 In 2007, Groupe Bel was one of the first two VPLP-Verdier designs and she would go on to revolutionise IMOCA racing for several years. Though the hull and her distinctive chine that spreads over her entire length are the same as that on Safran, she is equipped with a wing mast and twin steering wheels and was built by the Indiana Yachting yard in Italy.

Designed for Kito de Pavant, who was preparing for the Vendée Globe 2008-2009, she finished 6th in the Transat Jacques Vabre (with Sébastien Col), but dismasted in the Bay of Biscay the day after the start of the round the world in a meaty depression picking up very heavy seas. As a result, 2009 is an opportunity to beat the Trans-Mediterranean record (1 day 20 hours) before finishing second in the Transat Jacques Vabre with François Gabart. However, the Route du Rhum 2010 campaign comes to an end following a faulty keel pin, as is the case in the Barcelona World Race (with Sébastien Audigane). Kito de Pavant amasses a series of technical issues (dismasting, then collision), marring the track record of an otherwise formidable IMOCA, which has gained widespread acceptance. Kito de Pavant sells the boat on to Imagine, which takes part in the Route du Rhum with Armel Tripon (4th) before having to draw a line under his Vendée Globe campaign due to a rather sad business with his partner. Next, Thomas Ruyant takes the helm for the Transat Jacques Vabre 2015 with Adrien Hardy (4th) before a first Vendée Globe in 2016-17, which ultimately comes to a halt in New Zealand after a collision with a UFO, literally ripping the hull and then the deck apart like opening a tin can. The skipper from northern France pulls off the amazing feat of getting his boat safely into port despite the threat of it breaking in two. Bought up by Irish sailor Enda O’Coineen and repaired in Christchurch, the ex-Souffle du Nord is delivered to Les Sables d’Olonne and is promptly sold to Maxime Sorel in late 2018, VandB-Mayenne going on to compete in the Bermudes 1000 Race (5th), then the Transat Jacques Vabre with Guillaume Le Brec (16th). During the Vendée Globe 2020-21, the young Sorel sails an outstanding race and finishes 10th just 2 days and 8 hours shy of the winner Yannick Bestaven. Conrad Colman buys the boat in April 2022, finishing 10th in the Guyader Bermudes 1000 Race and 18th in the Vendée Arctique Les Sables d’Olonne. The brilliant New Zealander, who completed his first Vendée Globe without fossil fuels and in 16th place under jury rig after breaking his mast 700 miles from the finish in 2017, has every intention of being on the start line in 2024. 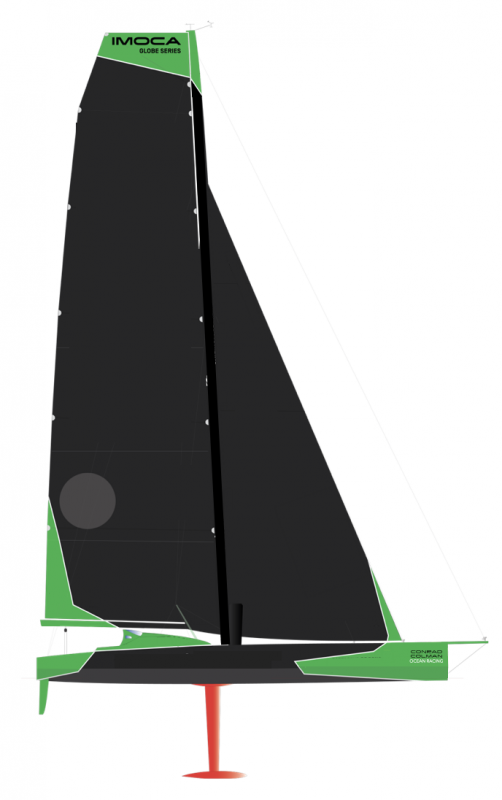