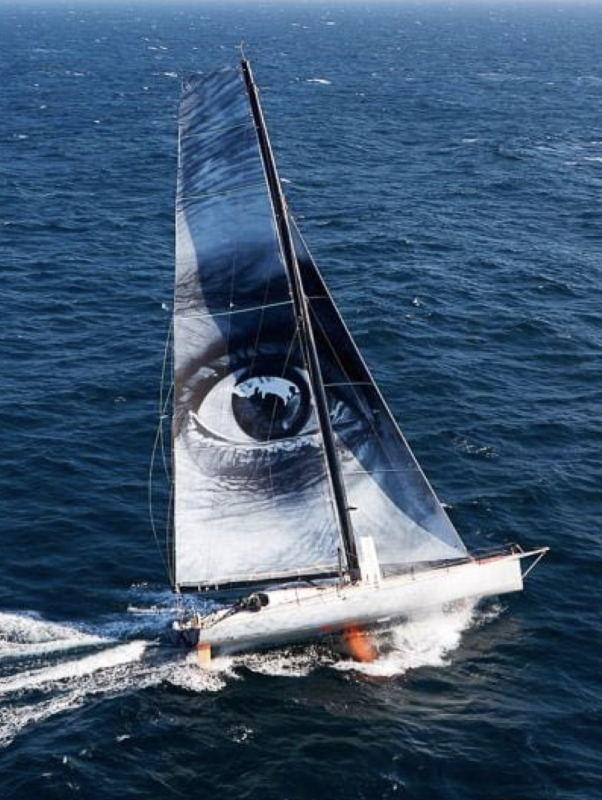 This 2004 Marc Lombard design IMOCA has had a long career in the hands of Roland Jourdain, who competed in the Vendée Globe the year it was launched.

At the front of the pack throughout the race, the skipper had to throw in the towel after suffering keel damage. Four years later, fate had a hand in it, as 'Bilou', who was in second place during the Atlantic crossing, had to abandon in the Azores, as the keel had sunk to the deep seas... The boat was then sold to Boris Herrmann who finished 5th in the double-handed Barcelona World Race in 2010-11. She then went to the British sailor Samantha Davies who was racing under the colors of Savéol. Unfortunately, the sailor will dismast in the west of Madeira, during the first days of the Vendée Globe 2012-13. The skipper Yoann Richomme then set his sights on this boat, aiming for a first participation in the Vendée Globe in 2016-17, but had to give up due to lack of funding. The boat and its skipper nevertheless race on the IMOCA circuit, notably in the 2017 Transat Jacques Vabre with a certain Pierre Lacaze, the current new owner of the monohull, which is distinguished by this mainsail painted by the start artist JR.