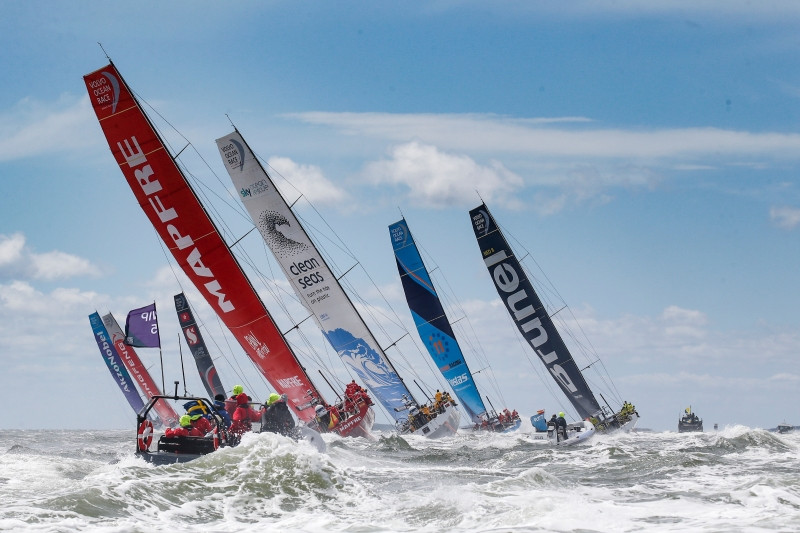 Organisers of The Ocean Race have confirmed the next edition of the Race will start from Alicante, Spain, in October 2022 and finish in Genova, Italy, in the summer of 2023 during the 50th jubilee anniversary year of the Race.

For the first time in race history, further event timings have also been confirmed through the next 10 years and a feasibility study is currently underway for a European race to take place next summer.

The change to the start date for the next edition of the round the world race follows a strategic planning process and consultations with stakeholders to determine the best path forward in a sporting landscape impacted by COVID19.

“Since 1973, The Ocean Race has been one of the toughest challenges in sport. Winning teams have showcased that proper preparation is the foundation for success. We now find ourselves in unprecedented times and our first priority is with all those who have been and continue to be affected by the pandemic,”said Richard Brisius, the Race Chairman of The Ocean Race.

“As an international sporting competition, with stops on six continents, we are deeply connected to the changing reality of sailors, teams, cities and partners across the world. We have worked positively together over the past months to develop a stable and improved future, and this has led to the first ever 10-year plan of The Ocean Race, a 10-year plan adapted to the new reality in an innovative, sustainable and responsible way.

"This provides improved opportunities for sailors, teams, cities and partners to prepare properly for The Ocean Race and it gives fans something outstanding to look forward to over the coming years.”

The next edition of the Race, as planned, will be open to fully-crewed entries in the V065 and IMOCA60 class.

“Winning The Ocean Race is still a big ambition for me,” said Olympic and America’s Cup champion Peter Burling, who competed in the event for the first time in 2017-18. “I know how much effort and planning and preparation it takes to put together a successful campaign. Building in this extra year ahead of the next race increases the likelihood of strong, well-prepared teams being ready on the start line in Alicante. I think this is a well-considered and good decision.”

“The world has changed with COVID-19 and again we will witness the resilience of sailors, stakeholders and organisers of The Ocean Race,” said Chris Nicholson, co-founder, W-Ocean Racing, and a six-time veteran of the Race. “We have all lost significant time right at the crucial moment and this change is the right move. This will now allow us the time again to re-focus our efforts and be part of this great event.”

The full, award-winning sustainability programme, a core pillar of the Race, will continue to grow under the banner of Racing with Purpose. The Ocean Race Summits, the Education and Science Programmes are all being enhanced and integrated into all facets of the organisation of the Race.

“As the Founding Partner of the Sustainability Programme and Premier Partner of The Ocean Race, we stand in support of the decision to postpone the start by twelve months in response to the COVID-19 crisis,”said Jeremy Pochman, co-founder and CEO of 11th Hour Racing. “The impacts of this pandemic are myriad. 11th Hour Racing is committed to working with The Ocean Race and its partners to remain nimble and adapt to these challenges — with the goal of running a safe and sustainable Race in 2022-23."

Previously announced host cities and partners for the next edition of the Race will be involved for the 2022-23 event. Volvo Cars, Premier Partner of The Ocean Race, offered its unqualified support.

“We have been involved in The Ocean Race in one form or another for over 20 years now,” said Björn Annwall, Leader EMEA in the Executive Management Team at Volvo Cars. “We know the Race as the biggest challenge in sport. It attracts only the very best, where those best-prepared come out as winners. It is a responsible and insightful decision to adjust to the new realities now, as it allows for the athletes and other parties to prepare properly.

“For us The Ocean Race is more relevant than ever because the ocean is really symbolising communication and travel and trade, and all of those are powerful ways of creating cultural understanding.”

The process of arriving at these decisions involved outreach and consultation with stakeholders.

“We have been looking at the future of The Ocean Race and taking in honest feedback from our stakeholders around the world for some time now,”added Johan Salén, the Managing Director of the Race. “Moving the start date allows our host cities, teams and partners the time they need to best prepare for the next Race.

“But at the same time, we understood stakeholders were looking for confirmation of a longer term plan and enhancements to the Race, which we are also developing.”

Meaningful racing will be scheduled in between editions, and a European event in the summer of 2021, for IMOCA 60s and VO65s, and potentially other classes of fast racing yachts, is currently being considered for feasibility by the organisation along with registered teams and stakeholders.

“The Ocean Race Europe has been a vision and dream of ours and many others for a long time,” said Richard Brisius. “We imagine a race and festival for everyone that will inspire and unify across Europe. A celebration with engaged fans and athletes achieving the extraordinary while driving change for a healthier planet.

“We have been planning for The Ocean Race Europe to be held in between editions of The Ocean Race since we took responsibility for the Race last year. Originally we had been considering starting this in 2023, but we will now work with teams, cities, and partners to decide whether we should do it in the summer of 2021.”

For the 10 international host cities of The Ocean Race, the new calendar provides confirmation and clarity for the future.

Genova Mayor Marco Bucci said that hosting the finish of the Race in 2023 would be beneficial for the Italian stop, which is coming to the country for the very first time.

“From our side, I know everyone involved with delivering this project for Genova will take advantage of the extra time we now have to ensure we have a truly special experience in 2023, which also happens to be the 50-year jubilee anniversary for the Race.

"At the same time, we are supportive of the idea of a European race in 2021. I think it could be an important event that helps promote unity, creating connections and inspiration as we emerge from the current crisis and rebuild. We will participate with all interested stakeholders in a feasibility study for a European race in 2021 as we believe it could be a good showcase for Genova and our maritime heritage.”

The Ocean Race remains committed to its heritage as the premiere fully-crewed offshore race on the sporting calendar. The new dates, along with other enhancements for the next edition of the Race will ensure the event has a sustainable future on and off the water.