Here we go on a global foiling spectacular 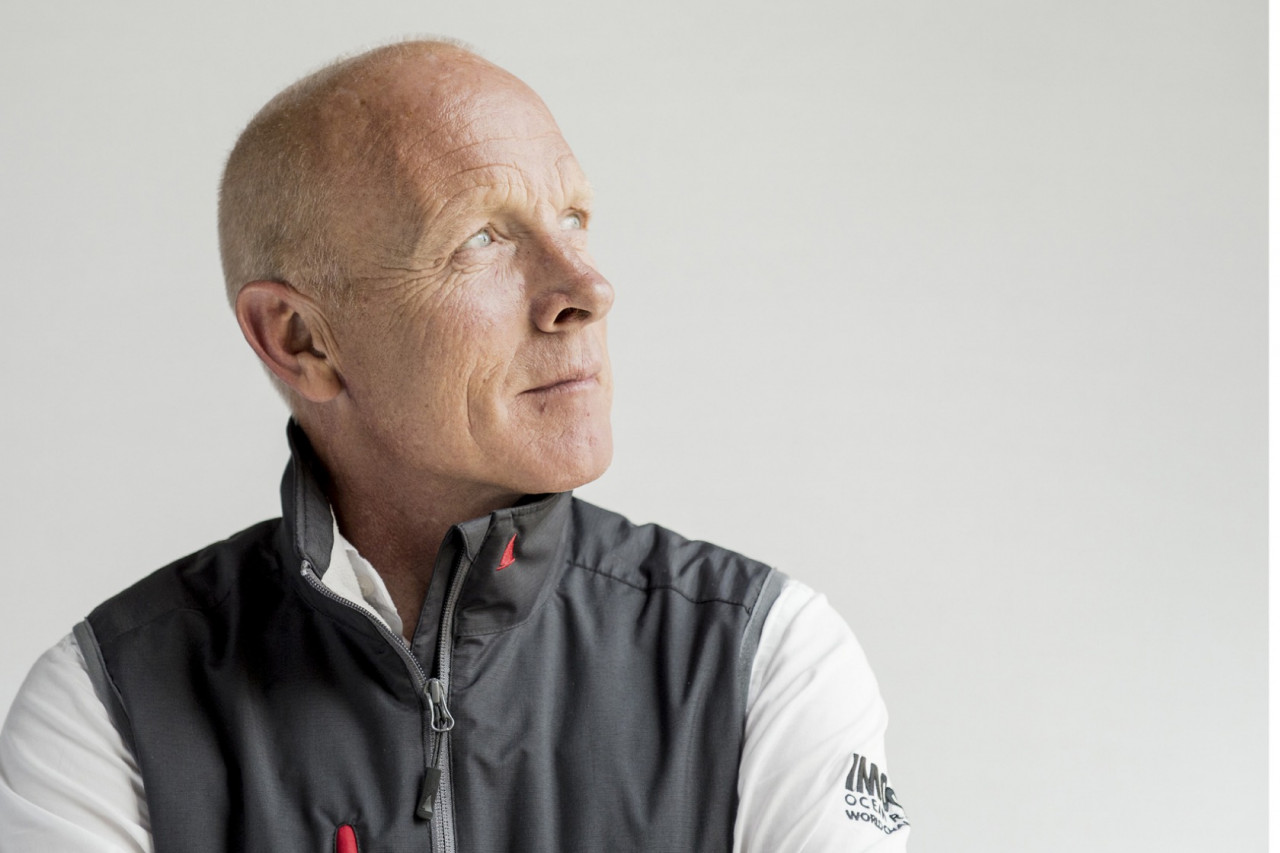 ROAD TO THE VENDÉE GLOBE #11: Ed Gorman concludes his pre-start series on the Vendée Globe by looking ahead with British race veteran Mike Golding on what we can expect over the next three months.

There have been times in the last few months when it looked as though the Vendée Globe might not happen, but now, on the eve of the race, we can look forward to what promises to be a classic renewal of the what is undoubtedly the world’s toughest sailing event.

Given the obvious difficulties for organisers, sailors and sponsors, it is remarkable that this race should have a record number of starters – with 33 sailors setting sail on Sunday from Les Sables d’Olonne, three more than the previous record of 30 in the 2008-09 edition.

The fleet is comprised of skippers from eight nations and includes a record number of female entrants, with six women taking part, with three each from France and Britain.

The big change from last time is the numbers of foilers, with the flying revolution having transformed the performance of the newest boats, especially the eight new builds.

In 2016-17 there were just six IMOCAs fitted with foils; this time 19 boats have foils of various designs and there is little doubt that – barring a very poor run of it, in terms of weather – the current 74-day record set by Armel Le Cléac’h in 2017 should come down by several days.

Mike Golding the British four-time Vendée Globe veteran, with a best finish of third in 2004-05, says the range of foil designs and iterations – with three generations of foils on show – is going to make for a fascinating race that is likely to be more interesting and competitive than the last edition.

But he also predicts the foils are going to spread the fleet very quickly, as super-sensitive boats perform very differently depending on marginal changes in sea and wind conditions. “As a result you are going to see a massive difference in the performance of the boats at different times in the race,”he said, “and that means there will be some fairly big splits in the fleet, front to back…but you can’t necessarily read too much into that because it might turn around.”

The Covid-19 pandemic has undoubtedly affected everyone’s preparation and there are many boats that have done far less miles at sea than they would have, had the two transatlantic races, that normally occupy the IMOCA fleet in the build-up, not been cancelled this year.

It will interesting to see whether this translates into a high attrition rate, especially among the fastest foilers, with one sage on the dockside at Les Sables d’Olonne predicting that only half of the new boats will make it all the way round. The historic attrition rate in the Vendée Globe, over eight races, is for 46% of starters not to finish, with one of the worst races in this respect being the 2008-09 contest when 18 of the 30 skippers did not get back to Les Sables. Let’s hope we do not see a repeat of that.

Golding says the inherent speed of the new boats is the problem: “A lot of the boats are caught out by their own speed – trying to design a boat that is going to travel a third faster than any previous generation hull form is a real challenge and we all know that the impacts go up disproportionately and incredibly fast.”

I asked him for some comments on the leading contenders. Like many race fans in Britain, Golding is hoping that Alex Thomson on HUGO BOSS will finally do himself justice and win his first race in an IMOCA, but he is far from certain that this will be the case.

“Alex reckons he has done 20,000 miles in this boat,”explained Golding. “The reality is, he hasn’t put himself in front of the other boats enough in my opinion. He has somehow removed himself from the core of IMOCA activity and totally focused on the Vendée Globe…talk about putting all your eggs in one basket, but that’s what he has done."

“It will either work for him or it will go catastrophically wrong,”he added. “We all know that that is kind of what Alex is – an all-or-nothing guy. There is nothing wrong with that – we know he is a player and we know that people will be watching his progress.”

Golding says there is little doubt who the top candidates for overall glory are going to be, but he has his eye on another boat and its skipper that he thinks could spring a surprise. “I think the contenders are fairly obvious, Alex and Jérémie Beyou (Charal) have probably got the most advanced boats but, having said that, L’Occitane en Provence is a boat I like and I like the programme,” he said.

“I think the boat lifts off (onto its foils) real quick and earlier than anyone else and Armel Tripon will go fast upwind and downwind. It’s an interesting boat with an interesting foil solution and it’s a new designer in Sam Manuard.”

On the Juan Kouyoumdjian-designed IMOCAS – ARKEA PAPREC and CORUM L’Epargne – Golding said he would not write either of them off, even if he has never been a big fan of the Franco-Argentinian naval architect. “They are cool looking boats being sailed by good sailors in Sébastien Simon and Nicolas Troussel, so you just don’t know. They might have worked it out,” he said.

Golding likes the look of both Linked Out (Thomas Ruyant) and APIVIA (Charlie Dalin). “These are both in the game,” he said of the Guillaume Verdier-designed thoroughbreds. “Every time I’ve seen those boats, they’ve looked smooth on the water – they seem to foil smoothly and they have a nice aspect, whereas some of the others – including Charal and HUGO BOSS – are often to be seen leaping out of the water and that isn’t cool – that’s trouble.”

“Dalin has been working with François Gabart and that is a good combination – Gabart is a technician and Dalin is an engineer as much as a sailor, and that is going to be quite a handy thing to be in this race.”

Golding is not writing Sam Davies (Initiatives-Coeur) off, certainly for a podium place. He believes she will be the strongest of the “B-fleet” of second-generation foilers that includes, Kevin Escoffier on PRB, Boris Herrmann on SeaExplorer-Yacht Club de Monaco and Clarisse Crémer on Banque Populaire X.

“Sam is not out if it,”he said. “She could do really well but she’s got the very big foils. Any boat with foils needs a bit of luck because if you hit something at foiling speeds, it is game over as we saw with Alex last time out.”

Pushed to name his top-three, after much thought Golding went for Thomson to win, Beyou to not finish, Tripon to come second and Ruyant to finish third with Dalin fourth. “The one thing you know with Vendée predictions,”he added laughing, “is that they are always rubbish.”

In all the build-up, with the focus on performance and on Covid restrictions, it easy to forget that these 33 skippers are going to spend the next three months or so on their own on the ocean in a challenge that very few sailors have ever attempted. Over the years only 166 yachtsmen and women have ever started the Vendée Globe and despite all the technological advances since the first race in 1989, it remains a contest of one man or woman against the sea, having to keep their boat sailing and their body, mind and soul in a positive place.

Among the most thoughtful of the skippers in this race is the offshore veteran Miranda Merron who will be starting her first Vendée Globe on board Campagne de France. Asked what she is looking forward to most, she had this to say: “I’m looking forward to no Gmail, no mobile phone, no internet, no shopping to do, no laundry,” she said. “We are choosing to confine ourselves for three months and it’s an absolute luxury to be able to be just by yourself on your boat on the ocean – all we have is the sea and the sky and your boat. And there are very few times in life when you can go and do that for long periods of time.”

Merron is particularly looking forward to the Southern Ocean, somewhere she will go for the first time on her own. “It is an extraordinary place and we are very lucky to be able to go there,” she said, “even if it is not really a place for mankind.

“It is one of the last places of complete freedom – we haven’t managed to wreck it completely (yet). It is a lot more polluted than it was, but it’s still an amazing place. It is still the same ocean as it was 2,000 years ago and a cubic metre of water still weighs a ton when it’s crashing over the deck."

“I think it is extraordinary to be able to go and spend time in such a pristine environment. We have to be pretty careful, and we will be lucky if we all get through unscathed, but not many people get to spend time in a place like that and to me it is an absolute honour.”