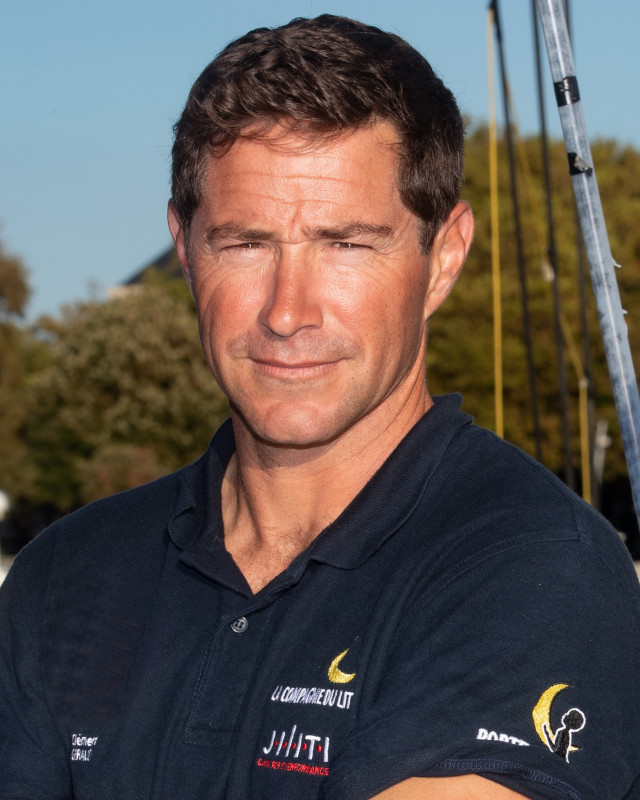 Clément Giraud is not a skipper from an offshore racing mould. He has turned his life into a maritime adventure trying out all the different boats: Mini, TP52, Volvo, Class America, Orma, Farr40, on all the seas of the globe, from the Caribbean, where he lived until he was 18, to the far North and down to Polynesia.

Passionate about technology, he’s got a handle on the mechanics, the sail loft element and he’s built two boats. In 2007, he prepared Sébastien Roubinet’s expedition, the north-west passage, under sail alone. A few years later, he took his family (his wife and two kids aged 2 and 3 years old at the time) to explore the Pacific Islands. Clément doesn’t enjoy discovering new things on his own; the sharing of experiences, transmission and human relations lie at the heart of all his projects.

With a lot of experience, and after having gathered an enthusiastic team around his project, the Vendée Globe 2020 is becoming a reality. However, the road to reach the starting line of his first round-the-world race was not a smooth one. In 2019, as he was about to take the start of the Transat Jacques Vabre, a fire broke out in his IMOCA boat, forcing him to stay in port.

A few months later, Erik Nigon lent him his boat to compete in the Vendée - Arctique - Les Sables d'Olonne, a race that would allow him to qualify for the 2020 Vendée Globe. With one week to go before the confirmation of entries, he and his team managed to convince two sponsors, La Compagnie du Lit and Jilliti, to follow them in this round-the-world adventure. After 99 days of racing, the challenge is successful for the skipper from Toulon!

The 2021 season will then take place while writing a new beautiful story with the decision to take the start of the Transat Jacques Vabre double-handed with Erik Nigon! A natural association to finally share the pleasure of sailing together.