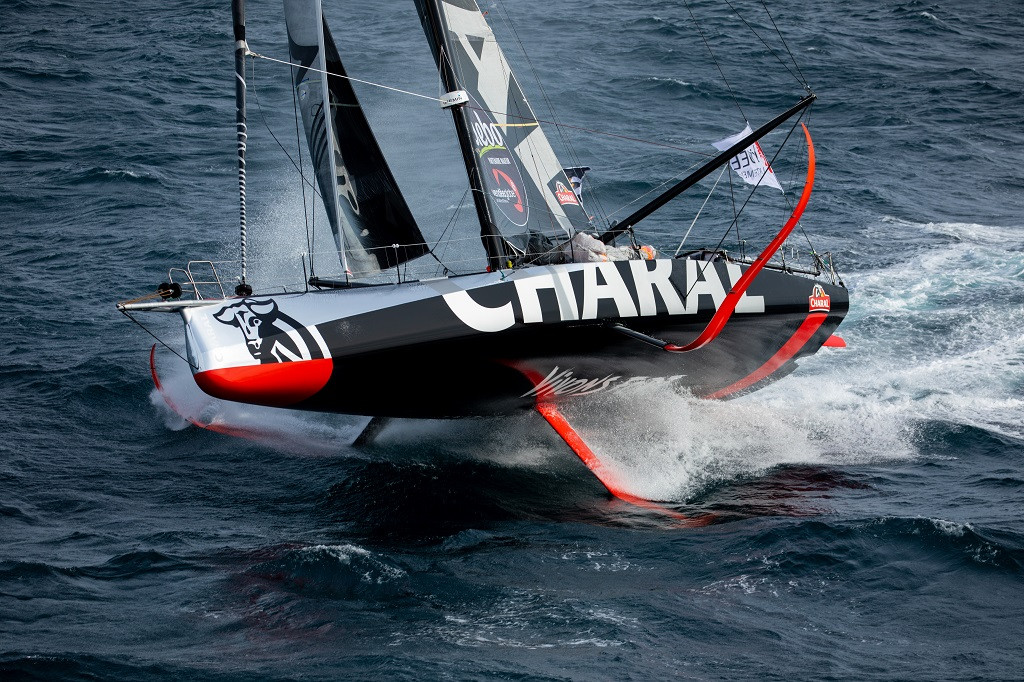 It’s confirmed. On Saturday 4th July, at 15:30hrs (French Time), 22 skippers from the IMOCA Class will indeed set sail on the Vendée-Arctique-Les Sables d’Olonne, a unique and enticing triangular course, which will take the fleet up to the edge of the Arctic Circle. This is excellent news for the solo sailors seeking to prepare and qualify for the Vendée Globe.

The skippers preparing for this autumn’s singlehanded round the world race have also had to deal with the health crisis, which has forced each of them to halt all activity for two months. The IMOCA Class has responded by getting the voices of its skippers, their partners and their teams heard with a view to finding solutions and maintaining a preparatory offshore race as early in the year as possible, and in line with current health guidelines, enabling them to ready themselves for the challenges of the Vendée Globe in November 2020.

Hence the creation of the Vendée-Arctique-Les Sables d’Olonne, which is replacing the New York-Vendée-Les Sables d’Olonne, a race initially due to set sail on 16th June. Constrained by international health measures, the organisation team has modified the date and opted for 4th July, modifying the course in the process. Indeed, competitors are set to cover a looped circuit to the edge of the Arctic Circle and down to the south-west of the Azores, with France’s Vendée region and the town of Les Sables d’Olonne hosting the start and finish.

Sailing a passage in race configuration is a prerequisite for all the skippers set to compete in or qualify for the Vendée Globe. Thanks to the unfailing support of the Vendée department and the town of Les Sables d’Olonne, with essential assistance provided by the local authorities and the French Sailing Federation (FFVoile), the latter a highly committed spokesperson for the defence of offshore racing, the IMOCA class and the Sea to See company have managed to give the go-ahead for the organisation of the race.

In order to come up with a convincing argument for hosting the event with the proper authorities, the Vendée-Arctique-Les Sables d’Olonne has adapted its organisation plan according to the health measure in force today to protect the skippers, their teams and the public. In this way, the skippers of the 22 IMOCAs will deliver their boats to the Vendée from their port of registry on 3rd July and will remain offshore of Les Sables d’Olonne until the race start on Saturday 4th July. As a result, there will be no race village.

Nonetheless, by presenting a convincing approach and an ability to adapt professional sport to the health constraints, the Vendée-Arctique-Les Sables d’Olonne has managed to offer a virtuous model that marks the gradual resumption of competitive sport.

Despite the health crisis, which has slowed preparation work dramatically, 22 crews have managed to find the necessary resources to get the 60-foot (18.28m) prototypes back up and running and enable the solo skippers to set off on this adventure to northern climes in the best possible conditions regarding performance and safety.

The line-up boasts the vast majority of the latest generation boats (6) and foilers (15), which will have the chance to test their reliability and pit their strength against the competition. With this race, six of the eleven skippers still looking to qualify for the Vendée Globe will have the perfect environment to fulfil their sporting obligations: Clément Giraud, Isabelle Joschke, Kojiro Shiraishi, Sébastien Simon and Armel Tripon.

From the far north to the deep south in a matter of months!

The Vendée – Arctique – Les Sables d’Olonne will comprise a course of 3,600 nautical miles (around 6,600km) debuting a passage point close to the polar circle, beyond 60° North, four months before the Vendée Globe enables its competitors to slip along below 55° South. This massive separation is historic in itself!

Yves Auvinet, President of the Council of the Vendée department: “Supporting the Vendée-Arctique-Les Sables d’Olonne is very much in line with the steps we’re taking to host the start of the Vendée Globe on 8th November 2020. We’re delighted to welcome the Vendée Globe skippers to Les Sables d’Olonne for the start and finish of what promises to be an exciting warm-up lap. I’d like to congratulate all the protagonists, who have managed to adapt to the current constraints and who have put forward this programme to appeal to the sailors, the locals in the Vendée and all the supporters connected remotely during this new adventure.”

The Town of Les Sables d’Olonne: “The Vendée-Arctique-Les Sables d'Olonne offshore race heralds the start of what promises to be a rich and thrilling year of marine events for our wonderful maritime town.”

Corinne Migraine, vice-chairman of the FFVoile, Competition and Performance department: “The whole sailing community has pulled out all the stops to secure the necessary authorisations to organise the Vendée-Arctique-Les Sables d’Olonne. We managed to put forward a reference document on health recommendations, which convinced all the institutional protagonists with whom we’ve exchanged, about the seriousness of offshore racing: the Ministry of Sport, the Secretary of State for the Sea and the French Inter-ministerial Directorate for Major Sports Events, who integrated the Vendée Globe in its calendar alongside events like the Cycle Tour de France and Roland-Garros. This document will be of use to all the boat classes, included the Figaro and Mini classes. Relying on professional offshore racing to prepare the way forward was a way of setting an example and the message that was voiced was one of exemplarity. These approaches have enabled us to explain to institutions how offshore racing operates, its technical, sporting and financial realities, and the challenges, especially those relating to the autumn with the Vendée Globe. However, the biggest victory we’ve shared in is the uniting of the marine community and our ability to work as a team so as to progress with an objective that serves all those involved”.

Antoine Mermod, President of the IMOCA Class: “The IMOCA Class’ sports teams have achieved quite an exploit by securing victory in a race against the clock that was far from a done deal after two months in lockdown. I’m proud of the ability of the teams, their partners and the Arctique-Les Sables d’Olonne’s organisation teams to adapt and react. This race would never have been possible without the very active and enthusiastic support of the Department and the town, as well as the FFVoile and those authorities involved in the project. The IMOCA Class and all the skippers would like to express their heartfelt thanks to them!”

The 22 skippers competing in the Vendée-Arctique-Les Sables d’Olonne:

SATURDAY 4th JULY
13:00hrs: Deadline for competitors to arrive at the start zone
15:30hrs (On air for the live TV) : Start of the Vendée-Arctique-Les Sables d’Olonne
16:10hrs: Off air