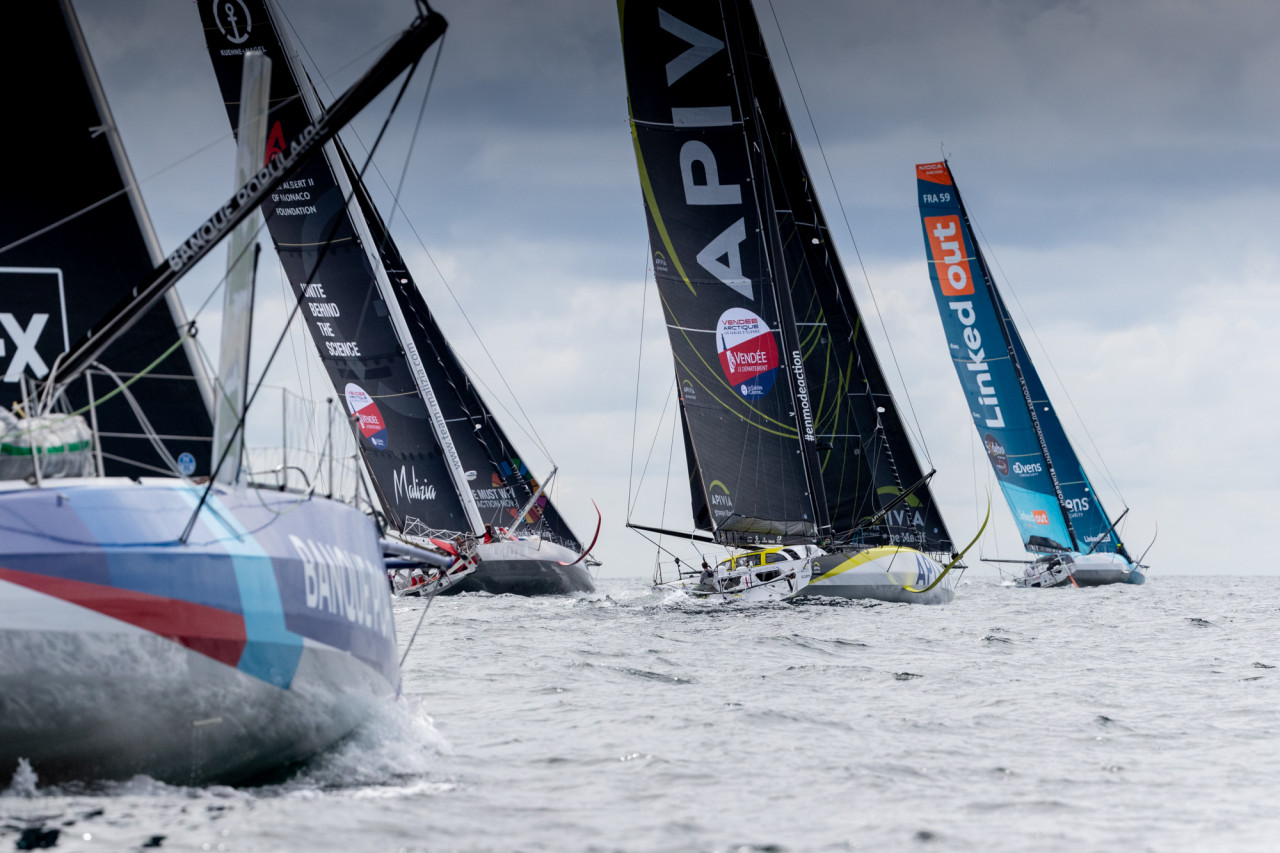 Accompanied by the Department of Vendée and the town of Les Sables d'Olonne, the SAEM Vendée, which is the organizing entity for the Vendée Globe, will this summer take on the organisation the "Vendée Arctic - Les Sables d'Olonne" race which will leave from Port Olona on June 12, 2022.

This 3,500 nautical miles race is the first qualifying race for the next Vendée Globe and so it will be an opportunity for the skippers of the Vendée Globe 2024 to take on the challenging waters of the  northern latitudes. For many of the solo skippers this will be the time they will have crossed the Arctic Circle and circumnavigated Iceland.

To underpin the high level sporting aspects of this very demanding race the SAEM Vendée has appointed Francis Le Goff to act as Race Director.

Francis Le Goff has been involved in race management teams for more than 20 years and has built up a very solid experience of major offshore and ocean racing events. From watch leader to coach, to Regional League Sailing Director to Race Director, Le Goff has built his marine skillsets over the years through a very multi-faceted approach to the sea.

He has been Race Director on the Solitaire du Figaro from 2017 to 2021 on the Transat en Double Concarneau-Saint-Barthélemy in 2019 and 2021, on the Route du Rhum Destination Guadeloupe 2018 and most recently on the double handed Transat Jacques Vabre Normandie Le Havre 2021. Overall he has accumulated a significant and varied experience.

Francis Le Goff will call on a seasoned team to support him on this race:

Yann CHATEAU: Is a well known French sailor who is still active on various grand prix programmes and has won several French and European championship titles in Match-Racing. Chateau is also a navigator and a router. His technical competence is supplemented by wide experience of the different areas and skills of Offshore Racing.  He has been the right hand man to Francis Le Goff for several years and they have collaborated on many races including the Solitaire du Figaro from 2017 to 2021, Tour Voile 2021, Transat Jacques Vabre 2021.

Claire RENOU:Served more than 10 years at OC Sport Pen Duick where she worked with many different races as the interface with the sailors and teams, providing nautical coordination and integrating the Race Direction teams. Renou went freelance to broaden her range of skills. She notably supported Jacques Caraës on the last Vendée Globe, but also participated on many Race Direction teams including La Solitaire du Figaro 2019 and 2018, the Transat AG2R 2018, Route du Rhum 2018.

Pierre HAYS: Has been passionate about ocean racing from a very young age, helping out during the Transat Jacques Vabre. His thoroughness, his skills in terms of safety and security around the race start and finish areas and his knowledge of the IMOCA class make Pierre Hays an asset in the Race Direction team. He also supported Jacques Caraës on the last Vendée Globe, but also took part in various Race Directions including the Solitaire du Figaro 2020, Transat Jacques Vabre 2021.

3 weeks of village and entertainment: from June 4 to 26

The Vendée Arctic village – Les Sables d’Olonne will open its doors to the public on Saturday June 4 at 1000hrs offering many activities and a chance to see the fleet of IMOCAs moored at the race pontoon in Port Olona.

The public will be able to come and discover the IMOCAs from June 4 to 12, the start date. Animations on the theme of the Arctic will be organized throughout the 3 weeks of the village.

Spectators will be able to follow the race live, attend Lives with the skippers and participate in various activities until the arrivals and the closing ceremony organized on Sunday 26 June.

The opportunity will finally be given to organize a big popular party to share with the heroes of the Vendée Globe 2020, as originally planned, but finally postponed due to the health context.

This Skippers Parade will take place on the Remblai des Sables d'Olonne on Friday June 3 from 2200hrs and will be punctuated by fireworks visible from the main beach.

“We are delighted to be able to count on the professionalism of Francis Le Goff and his team to ensure the Race Direction of the Vendée Arctic - Les Sables-d'Olonne is of a high level. His experience will be invaluable in setting up this innovative and challenging racing format, while ensuring the best levels of safety for sailors.

We will be keen to offer a festive, enjoyable event which will begin with a great Parade of Skippers of the Vendée Globe 2020, on Friday June 3 at 2200hrs.

“We are delighted to be able to count on the professionalism of Francis Le Goff and his team to ensure the Race Direction of the Vendée Arctic - Les Sables-d'Olonne is of a high level. His experience will be invaluable in setting up this innovative and challenging racing format, while ensuring the best levels of safety for sailors.

We will be keen to offer a festive, enjoyable event which will begin with a great Parade of Skippers of the Vendée Globe 2020, on Friday June 3 at 2200hrs."

"With the appointment of this experienced Race Direction, a new step has been taken in the organization of the Arctic Vendée, which we look forward to welcoming to Les Sables d'Olonne. The Department and the City are working hand in hand to make this event a major event and further assert the place of Les Sables d'Olonne as the world capital of single-handed offshore racing."

"This is of course a source of great pride but also a great responsibility which has been entrusted to me as Race Director of the Vendée Arctic – Les Sables d’Olonne. I would like to thank Alain Leboeuf and his teams for their trust. I am very happy to be able to contribute to this race, which is both innovative and demanding, racing into the Arctic Circle."