IMOCA skippers going back to their roots in the Figaro circuit 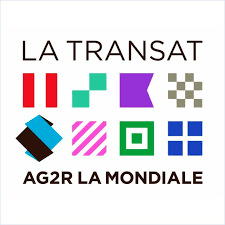 On Sunday 22nd April, 19 double-handed crews will set sail at the start of the Transat AG2R La Mondiale between Concarneau and St-Barts. Among the 38 sailors competing some are well known figures from the IMOCA class...

On Sunday 22nd April, 19 double-handed crews will set sail at the start of the Transat AG2R La Mondiale between Concarneau and St-Barts. Among the 38 sailors competing in this race on Figaros, some are well known figures from the IMOCA class, like Romain Attanasio, Morgan Lagravière and Thomas Ruyant, who are all looking forward to a top class fight in this tough circuit before their next contest on their 60-foot monohulls.

It is a well-known fact that the Figaro circuit is a fantastic school for ocean racers, and is often considered to be the way into IMOCA racing. The last three winners of theVendée Globe (Michel Desjoyeaux, François Gabart and Armel Le Cléac’h) all performed exceptionally well on Figaros, before winning the solo round the world race. While this class is often seen as a springboard, it is not uncommon to see IMOCA skippers returning to their first love, as we can see with the line-up for the 14th edition of the Transat AG2R La Mondiale, which starts from Concarneau in Southern Brittany on Sunday.

A comeback for Attanasio, a discovery for Lagravière and Ruyant

Three skippers who took part in the last Vendée Globe will be lining up at the start of the Transat AG2R. One of them is a regular competitor in this race, Romain Attanasio, as this will be his fifth attempt. This time, he will be racing with the young sailor, Pierre Rhimbault. “The Transat AG2R is a fantastic race and I always enjoy taking part in it. When Pierre contacted me, I was in the process of buying my new 60-foot IMOCA, but it didn’t take me long to decide to come back to this transatlantic race,” explained Romain.

Another IMOCA skipper, who is now well known, Thomas Ruyant, is forming  a solid pairing with Adrien Hardy for his first go at the event. “Adrien and I have similar backgrounds and have sailed in all sorts of classes: Mini 6.50, Figaro, Class40, 60-foot IMOCAs… It’s not often you find such all-round ability!” Thomas told us, before adding, “We also raced against each other in the Figaro circuit a few years ago and we know each other well. It’s important to know who you are setting off with. We mustn’t forget that the Figaro class has the highest standard of ocean racing today.”

Morgan Lagravière is returning after being absent from the Figaro circuit for a few years, but he has a good excuse, as he has been spending all his time on his IMOCA project with the foiler, Safran. For his return to Figaro racing, and his first attempt at the Transat AG2R, he will be one of the favourites with Sébastien Simon, who is also about to join the IMOCA class…

A few weeks ago, Sébastien Simon did indeed announce that he will be building a brand new IMOCA (designed by Juan Kouyoumdjian) in order to compete for the first time in 2020 in the Vendée Globe. Obviously a double-handed transatlantic race with Morgan Lagravière on a Figaro will prove to be a useful experience. Sébastien Simon: “I decided to do the race with Morgan as in my opinion he is one of the most talented Figaro racers. He knows how to sail his boat well. And as a person, he is open and a really nice guy. We’re in it to win it or at least make it to the podium.”

Among the other IMOCA skippers taking part in the Transat AG2R, we find Isabelle Joschke, who will be forming a 100% female crew with the Swiss sailor, Justine Mettraux. Eric Péron will also be taking part in the Transat AG2R alongside Miguel Danet. Yoann Richomme will be taking up the challenge of racing across the Atlantic sailing double-handed with Martin Le Pape.

The duets integrating an IMOCA skipper, at the start of the Transat AG2R