Mermod hails one of the greatest races 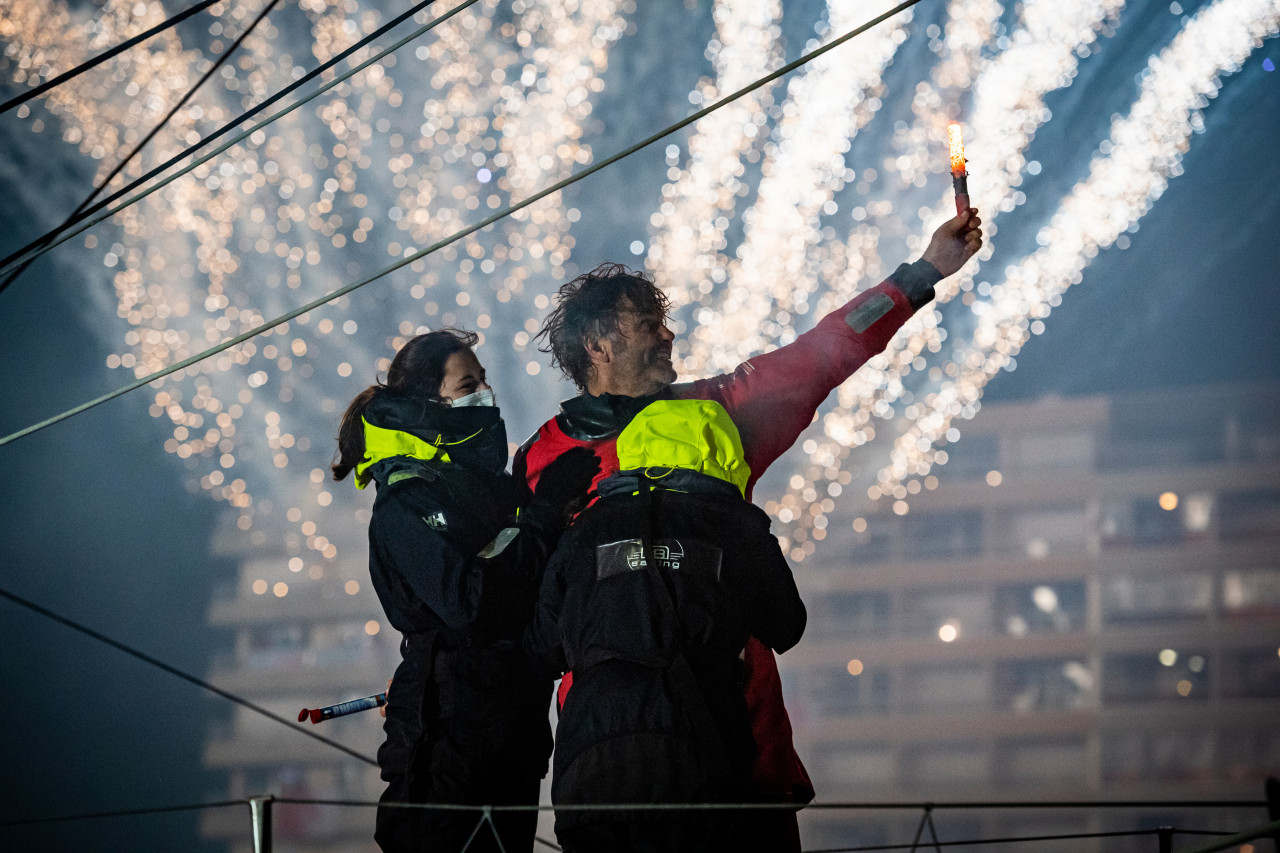 Antoine Mermod, president of the IMOCA Class, hailed the 2020-21 Vendée Globe as one of the class’s greatest ever races, after a breathtaking night of drama on the Bay of Biscay that saw the Maitre CoQ IV skipper Yannick Bestaven clinch victory.

Speaking at the finish at Les Sables d’Olonne, Mermod noted that there is still a long way to go, with many boats still on their way up the Atlantic, but he said that it was already clear that this Vendée Globe will go down as among the greatest and certainly one of the best races in the history of the IMOCA Class.

“Anyone who watched the battle to the finish over the last few days – that saw five skippers with a chance of winning after 80 days at sea – will agree with me that this was an exceptional race,”said Mermod. “We have witnessed the best of solo ocean sailing by skippers in a class that has produced the most competitive race we have seen.”

“It has also been a wonderful example of sportsmanship on the high seas,” he added, “and I could not agree more with Yannick when he said graciously at the finish that there were two winners of this race, in a reference to Charlie Dalin who took line honours on APIVIA but has had to settle for second overall.”

Mermod said the race had served up a gripping spectacle from day one, with regular changes in leader and with a highly competitive group at the front, fighting for every mile around the world. “What’s more we have seen a very good battle between the foilers and the older boats and also some competitive races within races further down the fleet which continue as we speak,”he said.

Mermod particularly highlighted the very low number of retirements with just eight skippers of the 33 who started in early November having dropped out so far. “I hope, of course that we do not see any further retirements,”he said. “But I think that, given the very difficult circumstances in which this race has been staged against the backdrop of a worldwide pandemic, it has been a great endorsement of the IMOCA Class in terms of the rule and the preparedness of the boats and skippers.”

“The stringent entry requirements that we have in place for skippers wishing to take part in the Vendée Globe, together with the one-design aspects, the challenge of innovation and the safety protocols, have all been validated in a race, which has tested all the skippers and their boats to the limit,”added Mermod.

“I would also like to salute the work of the SAEM Vendée and its loyal and passionate partners. They stood firm in this very special context and enabled all those involved with the skippers to offer a Vendée Globe to the public this winter, and what a Vendée Globe!”

The IMOCA Class president said he was delighted by the global audience for a race which has been followed online all over the world. “We are keen to reach new markets and new fans wherever they are on the planet,”he said, “and this race has helped project the exciting IMOCA story and its commercial partners in a way that few races have done before.”

“We have witnessed exciting racing which has changed the way we think of the global race course,”he added, “but also high drama with Jean Le Cam’s display of exceptional seamanship when he rescued Kevin Escoffier. Then in the closing stages we have seen Boris Herrmann survive what could have been a major incident when coming into contact with a fishing trawler in the Bay of Biscay.”

“It has been an unforgettable story and even as I speak that story continues to be written,” said Mermod.